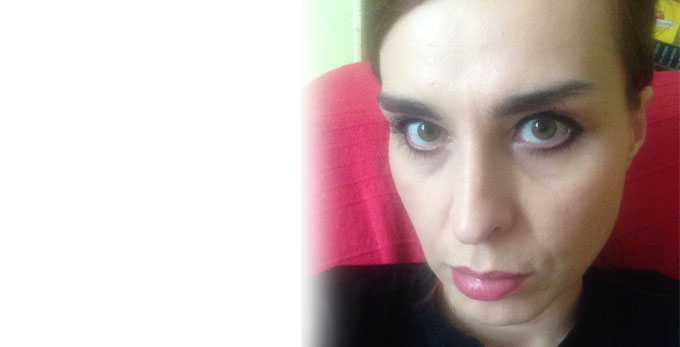 Serbia received the judgment in the case of Ratko Mladić, the greatest criminal among the criminals in the recent European history. Citizens of Serbia have received the judgment together with protagonists of genocide and war crimes currently in power, who were also most politically active during the wars and aggression of Serbia against the neighbouring countries. Their parties, careers and ''image'' are actually based on the war and war crimes. This circumstance shows that the citizens of Serbia have learned nothing from their mistakes, that is, that those that they elected back then and that they continue to elect, have learned more and have progressed more in terms of how to represent them and control them. War and political profiteers from the 90s still keep and continue to amass their riches at their cost, luckily no longer at the cost of the dead, because they have been nevertheless defeated in all wars, after having lead hundreds of thousands into death.

Facing the judgment in the case of Ratko Mladić is thus not facing the content of the judgment, but rather the interpretation that is given specifically by political conspirators of the convict of the Hague Tribunal. To be fair, it should be stressed that citizens of Serbia, after the Fifth October Revolution, which happened immediately after the end of wars, were freed from today’s government, but their choice back then condemned them to persons that were relativising the atrocities committed by the previous government. So that after the period of support to genocide, war crimes and ethnic cleansing, there was the period of guards and covering up of these crimes. Specifically those representatives of citizens of Serbia that were perceived as the leaders of an alleged recovery of the Serbian society from war-related crimes have been safeguarding and justifying Ratko Mladić in ideological terms for eleven years. And this was the first punishment for the citizens, as actually the only possible consequence of behaviour of a society that was able to support genocide and see it as a legitimate fight for its national pride and survival. The next logical consequence of such an outcome was the return in power of specifically those that have not been vetted and behind whose new, peace-time politics there was the government that also removed them. Even today, by legitimately presenting citizens of Serbia, they receive the judgment in the case of Ratko Mladić in order to deliver it to the society. The way in which they did this, could have absolutely been expected and it is in compliance with the huge quantity of time that passed in the meantime. Sixteen years during which Mladić allegedly was hiding, and he was actually only carefully safeguarded with the assistance of the most important institutions of the Serbian society. His trial lasted for six years, and he started committing genocide and other war crimes 25 years ago. After almost three decades of support, justification, relativisation, putting the blame on others and avoiding responsibility, social circumstances are such that very few people care about the fact that he is still doing this with the same ardour as before. Uninterrupted repetition of the same reactions and presenting of superficial and idiotic arguments all over again, for decades, has removed their fervour of stupidity and violence typical of their turbulent political beginnings and the zenith of hatred reached immediately after the end of the war in Bosnia and Herzegovina. Actually, at the very beginning, only few persons had anything to say against genocide, it was the victory of ‘’heavenly’’ Serbs against ‘’heathen infidels’’, the evil Muslims. Their crimes were a way to attain ‘’justice for all sins committed against Serbs’’. Genocide was justified by stating that it was about defending their lives and survival, because if ‘’we had not done that to them, they would have done it to us’’, while it was all actually full of the most basic racism and hatred towards Bosniaks, which had been cultivated in the Serbian society for decades before the beginning of the wars. In the next phase, which already implied post-genocide contemplation, typical of the end of conflicts and first signs of peace, there was a natural need for negating everything that had been done. So, that there was a shift from stating that genocide was a necessity and sublime act for survival, as our elites praised it in public on a daily basis, to its relativisation and falsification of events that determined it. This involved both understating the number of victims and analysis of the term genocide and its meaning. It was actually the longest period, which is still ongoing, although its intensity is diminishing.

Finally, it seems that we are at the threshold of a new phase in our post-genocide society, which is also quite logical and natural, having in mind everything that preceded it. This is the phase in which the already parallelly existing approach with the already mentioned view ‘’we have nothing to do with it’’ will prevail. I have nothing to do with genocide, I have nothing to do with Ratko Mladić, I did not support it, I did not participate in it, on the contrary, I fought against all of that. However, what reveals such a relationship is the approach of contemporaries in their attempt to ‘’focus on the future and leave the past behind’’. It is impossible, because their past, our past, is so painful and traumatising for everyone, including its creators, that specifically by insisting that they ‘’have nothing to do’’ with genocide, our government and citizens actually unmask themselves quite spontaneously – whoever feels the need today to assure the public that they had nothing to do with genocide, urging them to focus on the future, has actually confessed that they have an essential and inseparable connection with genocide. Forever.

Snežana Čongradin, a journalist of the daily newspaper Danas