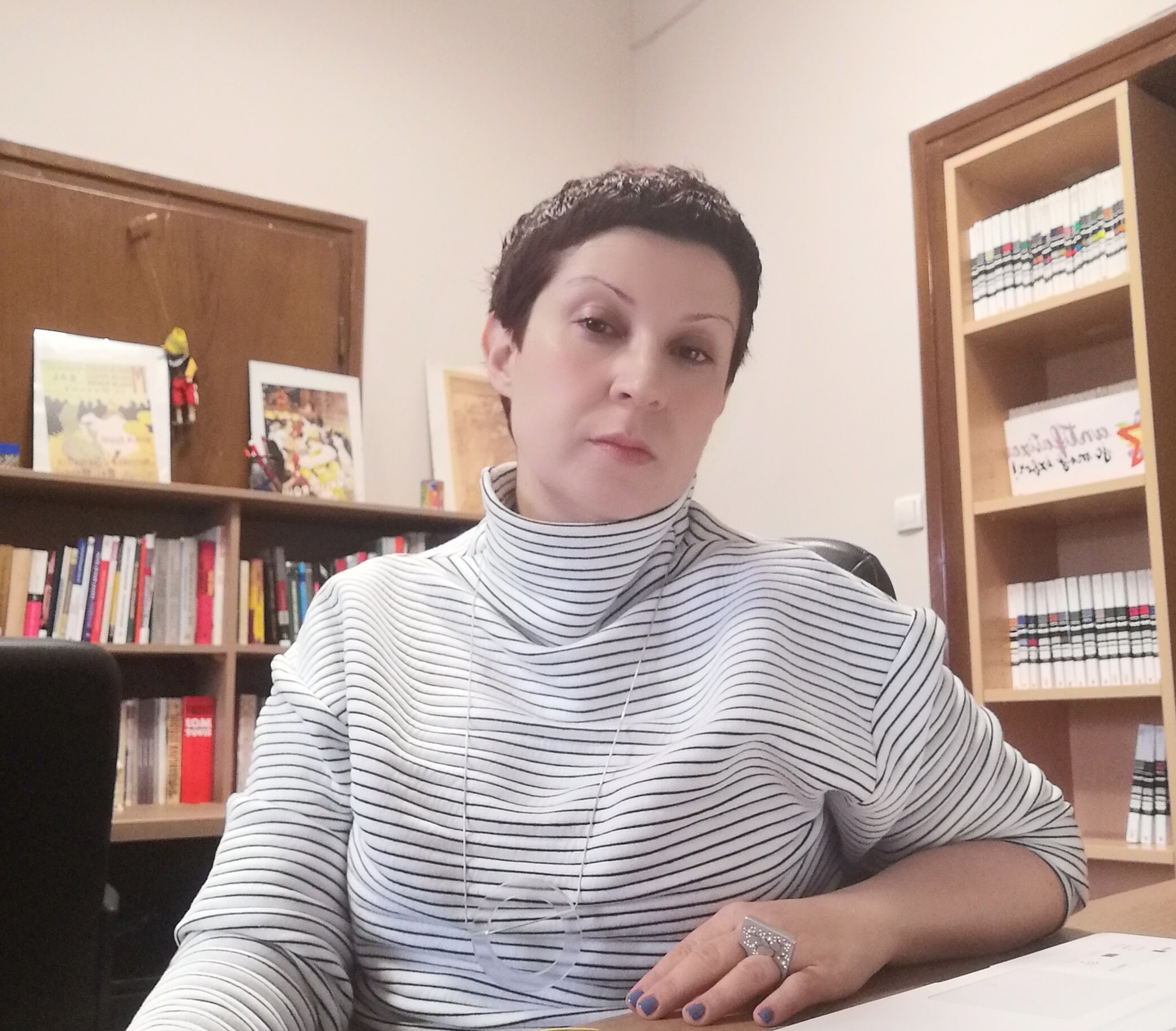 No Country for Old Men

Fourteen years after the adoption of the 2006 Rehabilitation Act, it is still a struggle to find a competent court in Serbia that has not been passing rulings as per the said Act.[1] However, the special focus of this article is on the work of the District Court in Šabac. First of all, the District Court in Šabac was one of the most diligent in affirming rehabilitation requests, at least in the first couple of years following the adoption of the law. The District Court in Šabac, that is, the panels presided over in most cases by Judge Gojko Lazarev, at least in the first years after the adoption of the 2006 Rehabilitation Act, are particularly interesting. Only two years after this Act was adopted, Judge Lazarev, together with journalist Miroljub Mijušković, published a book entitled Under the Hammer of Ideology, a valuable resource for researchers interested in the case law. This book provides insights both in the rulings passed in 2006 and 2007, and in how the authors understood the historical context in which penalties were being enforced against persons for whom rehabilitation is now requested. Its authors Lazarev and Mijušković observe that: “the legal theory has also pointed to the Resolution 1096 on the measures to dismantle the heritage of former communist totalitarian systems passed by the Parliamentary Assembly of the Council of Europe on 27 June 1996.” They further emphasize that: “according to this Resolution, the process of dismantling shall be based on the principles of demilitarisation, decentralisation, privatisation, and de-bureaucratisation” in order to “build responsible society, institutions, and individuals” “primarily through law”. Lazarev and Mijušković understand that the very enactments such as these have opened the door for the adoption of rehabilitation legislation, not only in Serbia, but also in other countries where socialism and communist regimes collapsed only a few years earlier. This Resolution and similar documents, adopted primarily by European institutions, have served not only as a basis for delegitimising ‘former regimes’, but also very reckless and now even dangerous criminalisation of communist regimes.

On 7 December 2006, the panel of the District Court in Šabac presided over by Judge Lazarev passed a decision granting the request for rehabilitation of  “decd. Pavle Kurtović, formerly from Šabac, 39 Karađorđeva Street,[2] born in 1887 to father Kosta Kurtović and mother Danica, née Piroški.”[3] This decision established that “decd. Pavle Kurtović was killed in Šabac on 27 October 1944, by members of the Partisan movement, without any court decision and trial, for ideological and political reasons, as a victim of persecution and violence, in which way his right to life was violated.” Reading the decision on the rehabilitation of Pavle Kurtović and its reasoning, it can be concluded that Judge Lazarev’s panel had almost no insight into the main course of events of the World War II in that part of territory of today’s Serbia which was under German occupation and included Šabac. By depriving the war years of context: occupation, collaboration, mass terror against civilian population, anti-fascist resistance, the panel members who rehabilitated Pavle Kurtović opted for a problematic interpretation of the history of Serbia and Šabac during World War II, to say the least. Such an interpretation sees communists’ coming into power in the autumn of 1944 exclusively through the prism of what was called ‘revolution’ during the time of socialist Yugoslavia, while today it is called ‘civil war’.

The Court presented several pieces of evidence to prove that Kurtović had not stood trial. Among the pieces of evidence rejected by the Court is the communication of the District Chamber of the Military Court of the Corps of Western Serbia Military Zone, published in the local paper Glas Podrinja, showing that the said Chamber had put Kurtović on trial and sentenced him to death by shooting, “permanent loss of honourable rights, and confiscation of the entire property of the enemy of the people Pavle Kurtović… because in 1941, under his full signature, he reported eight citizens of Šabac to Gestapo, designating them as communists.” The reason for not taking into consideration this piece of evidence is because the Court concluded that the man who had been shot on 27 October 1944 could not have been sentenced by a court that had become operational two months later.

The police file on Lazar Petrović, kept at the Fund of the City of Belgrade Special Police at the Historical Archives of Belgrade,[4] which was not taken into consideration in deciding on rehabilitation, shows a completely different role of Pavle Kurtović in World War II. The first of the two groups of documents consists of two classified documents in the file entitled “Kurtović Paul, 14-22.8.1958”. Both documents were created after World War II, in August 1958. The first is a letter by the State Security Department of the Šabac County Secretariat of the Interior dated 14 August 1958. In this letter, the Šabac County Security Department makes inquiries with the State Secretariat of the Interior of the People’s Republic of Serbia “whether Kurtović Paul, a pharmacist, with address in Šabac, 39 Beogradska Street during the war [no other data on him available], is alive, where he is and what he is doing.” This document further shows that the inquiry was forwarded to a higher instance because in the meantime, the Šabac Department of the State Security Agency (DB) came into possession of, as it states, “compromising material from the time of occupation.” Seven days later, the State Secretariat responded that “wanted person Kurtović Pavle Pavel, a pharmacist from Šabac, was shot by our side in 1944 on the occasion of the liberation of Šabac.” The compromising material from the time of occupation mentioned in the letter of Šabac State Security Department is actually part of the second group of documents contained in the file on Dr. Laza Petrović, whom Milan Nedić’s Collaboration Police ‘entered’ into the records with a comment that he was “suspected as a communist for Šabac and its surroundings”, together with six other men: Đura Ostojić, Ilija Ranković, Rista Ukropina, Petar Savić, Selimir Jevtić, and Žika Popović. The documentation contained in Dr. Laza Petrović’s file shows that the City of Belgrade Special Police was provided with the report made by a Gestapo agent on 16 September 1941, based on communication with his informant a few days earlier. The name of the informant was Paul Kurtović, at whose house “he was staying for a couple of weeks” and who “begs that his name be handled confidentially.” It is obvious from this historical source that in September 1941, police informant Pavle Paul Kurtović denounced, in his conversation with a German police agent, full names of eight of his fellow citizens: Dr. Lazar Petrović, Dr. Đura Ostojić, Ilija Ranković, Rista Ukropina, Petar Savić, Selimir Jevtić, Žika Popović, and Jovan Blagojević. Besides them, he also mentioned in his statement Jovan Blagojević’s daughter, Vera Blagojević.

In his interview to Blic daily on 7 July 2016, on the very day celebrated for years as the Serbian Uprising Day in the World War II, Judge Lazarev, who also rehabilitated two gendarmes of the Serbian Collaboration Police killed by Žikica Jovanović Španac on 7 July 1941, the same Police which opened the file on Dr. Laza Petrović, based on Pavle Kurtović’s tip, said: “A war hero told me that it was disgraceful for me to be a judge. I did not react because it takes time to accept the truth.”[5] This war hero, although declared such posthumously, on the very occasion of the Serbian Uprising Day on 7 July 1953, was not Vera Blagojević. Today, Vera Blagojević, along with her heroic acts, is in the same place where the conscience of Serbian society dwells – at the margins of our social and political reality. Farther from the margin are only the institutions of the legal system. I wonder – for how much longer?

Research Associate at the Institute for Recent History of Serbia, Belgrade

The full text could be found on the link.

[1] Five years after the adoption of the Rehabilitation Act, in 2011 a supplemented and amended law under the same name was passed.

[3] Text of the decision and reasoning of the ruling rehabilitating Pavle Kurtovic was published in the book 'Under the Hammer of Ideology': Gojko Lazarev, Miroljub Mijušković, Pod maljem ideologije, Šabac: Grafika Šabac, 2008, 24, 38–42.