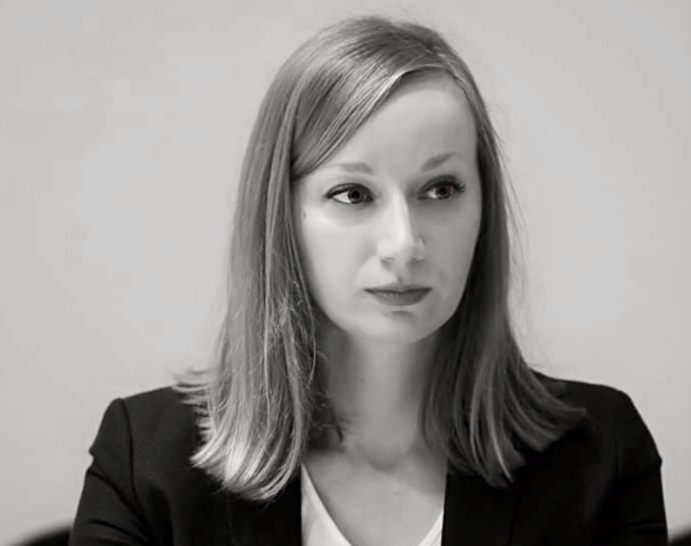 Reshaping the Past in Public Space: the Case of Mostar

Social changes, particularly those arising from conflict, prompt both communities and individuals to question whom they belong to and why, and what the source of their identity is. This is fertile ground for revisionism as the question of belonging – especially after the turns resulting in the loss of common identity (as was the case with the Yugoslav identity) is existential. It is also connected with the issue of power in a conflict and after it. The manipulation of facts, the return to essential values, making references to an earlier history (earlier than the one we said goodbye to or were liberated from) are also central in creating a collective identity. Collective memory is composed of activities that are presently carried out with regard to certain events from the past. The processes of memory are unbreakably connected with what is being forgotten. – When we, as a community, remember in an organised manner, we do the same with forgetting. In selecting what is remembered and what is forgotten, mutual connection of cultural heritage, memory and space is an important component of national identity. The processes of preserving and sorting collective memory happens in material performances: books, monuments, museums, names of streets and institutions, as well as in marking certain past events through which, certain societies create relationships with their own past.

Post-conflict Bosnia and Herzegovina is deeply immersed into ethnic divisions. Outlined ethnic barriers and invisible borders between people, the impossibility of overcoming the war past, and flammable political rhetoric have led to the (re)creation of new narratives about ‘us’ and ‘them’, leaving no room for common past and history. The recent past has spawned new heroes and new victims, while at the same time supressing an almost entire previous common (Yugoslav) history as undesirable. Anti-fascism and its material reminders have thus become a hot potato in the hands of the creators of remembrance policies. Torn between violent denials and very careful suppression, the anti-fascist past memorial is faced with erasure from the mental maps of the towns in Bosnia and Herzegovina. The roots of this resistance to the monuments of the former collective thinking can be seen in not only in the need for the reinterpretation of the past, but also for the organisation of the future. Senaid Musabegović says that “this destruction in itself had a dual meaning: it sought to erase the communist past to make room for new identities, at the same time marking a return to a pure ‘ancient tradition’”.

In such terms, Mostar is an example of both institutionalised divisions and continuous struggle between ‘the old’ and ‘the new’ past, without the constructive perspective or space for the entire history that this town possesses. Once known as a ‘red’, anti-fascist town with nine war heroes, today Mostar is divided into the Eastern (Bosniak) and the Western (Croatian) parts, with merely fragile attempts to preserve at least a symbolic memory of a former common past. Simply – the facts that do not fit into the hegemonic meaning are supressed, while the existing memorial reminder of the anti-fascist past of the town is brutally and systemically destroyed. In the period between 1992-1995, Mostar suffered the destruction of its monuments and symbols: 1992 (in the eve of the Liberation Day and the Day of Mostar), the Partisan Memorial Cemetery was first damaged in the mining, this being only an introduction into a continuous destruction, while the monument itself suffered serious damages during the war; the Orthodox Church of the Holy Trinity was completely knocked down in 1992; the Old Bridge was knocked down in 1993.)

By destroying the identity of a pre-war Mostar, spaces were sought to install new values, making us witnesses to a ‘ritual killing of the town’. Public spaces in both parts of Mostar were given memorials-markers. Thus, five streets in Western Mostar have been named after senior military and political officials of the Independent Republic of Croatia and members of the Ustasha movement. On the Eastern side, a monument to the soldiers of the Army of Bosnia and Herzegovina in the shape of a lily was erected in 2012 without the permit of town authorities. This monument caused political disputes between the Bosniak and Croatian sides. It was damaged in an explosion in 2013. A 33-meter-high cross was placed on top of Hum Hill in 2000, towering over the old Muslim quarter. Its location is particularly a source of dispute because that is where the town was shelled from during the war. Another layer of absurdity is the attempt to find a ‘universal value’ in the Bruce Lee statue (‘who is neither Serb, nor Bosniak, nor Croat’). In an effort to reconcile a divided town, Bruce Lee is in the Zrinjevac park now, while its originator Nino Raspudić advocates for the reanimation of Herzeg-Bosnia (Herzeg-Bosnia is a secessionist ethno-nationalist attempt to create a Croat entity in Bosnia and Herzegovina during the war, declared a joint criminal enterprise by the International Criminal Tribunal for Former Yugoslavia). The denial of war crimes and glorification of convicted war criminals, like The Hague Six, are an integral part of Mostar’s narrative of today.

A brutal example of erasing the past in the public space of Mostar is the Partisan Memorial Cemetery, the work of Bogdan Bogdanović. Bogdanović was among the rare artists who searched for a universal meaning of symbols, avoiding national imperatives. The symbols and the architectural shapes are open for interpretation, and this is an important feature of Bogdanović’s work. Commemorating the dead, Bogdanović’s monuments are also directed towards the living. They used to be part of communities and towns, creating personal connections with their audiences. He used this approach in building the Partisan Memorial Cemetery in Mostar. This monument represents the personification of streets, houses, balconies, and squares, “Mostar ‘in small’, replica of the town on the Neretva, its ideal diagram”. The monument depicts two towns (the town of the dead – the memorial cemetery, and the town of the living – Mostar) which face each other. The monument is a cemetery-park in memory of 810 killed partisans, the symbol of anti-fascist resistance. Bogdanović stressed the fact that the monument was built from donations, including the stone of Mostar houses which families were happy to donate. The residents of Mostar, as was Bogdanović’s idea, perceived the monument not only as a place of commemoration, but also as a place of being. For this reason, it is particularly difficult to understand the scale of destruction of this memorial compound, which today is devastated: with broken tombstones, swastika drawings and Ustasha symbols. The meaning of the monument today has been simplified, reduced, for the purpose of its final disappearance. As Bogdanović said: “The Mostar monument, both by its architecture and its spirit, is a symbol of the Yugoslav culture. It is neither Serbian, nor Croatian, nor Muslim, but belongs to all, it links and bears the formula above these divisions. And now everything that is a product of Yugoslav culture is proscribed.”

Mostar is not the only town in Bosnia and Herzegovina fighting a battle for the interpretation of the past in public spaces. It is the theme of this article because of the topicality of this very moment – local elections will be held in Mostar after twelve years. Unfortunately, it is hard to bring serious changes to this town which is stuck between the ‘East’ and the ‘West’, and between fascism and anti-fascism. Still, it is important at this moment to talk about revisionism in the public spaces of Mostar, because maybe as early as the next elections may present a belated momentum for reviving ‘the two dead towns in one’.

Lejla Gačanica is a J.D. candidate, currently working as a legal adviser and independent researcher. Her fields of interest include dealing with the past with focus on the culture of memory, human rights, and constitutional law. She is the author of published articles, analytical, scientific and research papers in these areas.