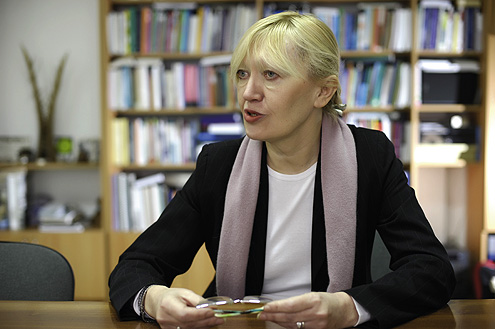 There are many reasons to be deeply dissatisfied and sharply critical of the extent of the twenty-five year long implementation of the Dayton Agreement. A quarter of the century later, it is still not certain that its central provision, and one of the two main reasons for its existence, will ever be achieved – the irrevocable “sovereignty and territorial integrity of the whole of Bosnia and Herzegovina”. Could anyone have imagined, back in 1995, that Bosnia and Herzegovina will in 2020 still be under international protection, unable to exercise its sovereign power across all its territory? Probably not, but that’s exactly what has happened.

There’s no doubt that the ones responsible for this state of affairs are domestic actors – the three national / nationalist parties which have been, each in their own way, abusing their monopolistic political influence. For them, the government of Bosnia and Herzegovina is nothing more than a place for deal-making, for concessions and political ploys, in opposition to and in spite of the interests of their own people. Citizens are not even worth mentioning, because the political system neither sees nor acknowledges them. The alienated and fraudulent elites have ratified the European Convention on Human Rights, but they are strongly united in their intent never to let it take hold in the political system, even though they are obligated to do so. In the legal hierarchy of rights, the Convention ranks higher even than the Dayton Agreement and the Constitution.

But, if the elites are refusing to do so, it seems that citizens themselves have found ways to push for politics and for their needs and interests, for now, at least, at the local level.

The first piece of good news is the victories, in recently held local elections, of multiethnic coalitions and national parties that, at least for now, declare themselves to be the defenders not only of their own people, but of the unified state as well. That could become the first step towards creating conditions for trans-ethnic exchange, for the integration of Bosnian-Herzegovinian political space across the entire country, and for acknowledging its citizens as political subjects. It is only under these conditions can we expect Bosnia and Herzegovina to become a functioning state, its institutions capable of exercising their authority without international supervision. This, coincidentally, was exactly the idea behind the Dayton Agreement.

The results of local elections have sparked a still faint glimmer of hope for a better future for Bosnia and Herzegovina. In order to make way for substantial reform, these new political actors will need strong support. Already we have heard, from a political figure who has no actual authority, but does have power in Republika Srpska (alas, as is the case across the Balkans, in Republika Srpska political power is not where it is supposed to be, i.e. in the institutions of government) – that he will mercilessly punish those citizens who have cut loose and hadn’t voted for his political party. In the other political entity the rhetoric was less unbecoming, but incoming efforts to undermine successes of new local governments will certainly be comparable there as well. Those that care about Bosnia and Herzegovina becoming a functioning, democratic state, both individually and collectively, can turn to numerous modalities and instruments that can offer political and economic support.

If what’s lacking is creativity, one can turn to examples of good practice from 1996 Serbia, when those who opposed Slobodan Milošević won the elections in about a third of municipal elections across the country. Many still remember undertakings like “Oil for Democracy” (Nafta za demokratiju) or “Depoliticization and Professionalization of Local Government” (Depolitizacija i profesionalizacija lokalne uprave). Four years after that, Serbia began its journey of change. That is where any sort of comparison should end, however, because Serbia went on to lose itself in its own transition.

Bosnia and Herzegovina has for a long time been bereft of international attention, and of any sort of systematic or coherent activity from those who are supposed to be implementing the Dayton Agreement.

The political West, the creator of the Dayton Agreement and its deciding patron, has been too busy with the new global dynamics and the problems within trans-Atlantic relations, neglecting its Dayton obligations. It even ignores the wider strategic importance to Bosnia and Herzegovina (and Western Balkans in general), particularly in the context of East Mediterranean security. The last one to talk about this subject was the former US Secretary of State, John Kerry, back in 2015. Since then, accompanied by many permutations and concessions, the strategic struggle has focused on Serbia, itself perpetually drawn both towards the East and West. Considering the fact that Turkey is becoming an increasingly uncertain partner, and Russia’s considerably strengthened position in the Levant, the time has come for the political West to increase its engagement in the Western Balkans, particularly when it comes to Bosnia and Herzegovina.

While Western activities have been slowing down, Bosnia and Herzegovina’s place in Russia’s foreign agenda has gotten progressively more important. Russia’s increased engagement in Bosnia and Herzegovina transformed Republika Srpska into an instrument of Russian interests in the Balkans, enflaming its secessionist aspirations. Consequentially, this has emboldened the old dream of the territories inhabited by Croatians also seceding, this time in the form of a ‘third entity’. As a member of the Peace Implementation Committee, Russia has also long declined her support for interventions brought forth by its Steering Board. A careful onlooker can easily spot how proportional they are – the duration of Russia’s lack of support for official communiqués of the Steering Board on one hand, and the strength of Republika Srpska’s secessionist rhetoric on the other. The more time passes, the more powerful the rhetoric becomes. Such behavior by Russia undermines the efficacy and the authority of the Peace Implementation Committee, and by extension the High Representative.

These dynamics have encouraged both Serbia and Croatia to openly and nearly effortlessly enter internal Bosnian-Herzegovian affairs, stoking the secessionist fires of “their own” peoples. Additionally, they have established stable communication channels and consultations with the relevant political actors in Bosnia and Herzegovina. To illustrate this, consider just these examples: this summer’s commute of a Serbian member of the Presidency of Bosnia and Herzegovina between Banjaluka, Belgrade and Zagreb in order to “transport letters from the National Assembly of Republika Srpska” to the presidents of Serbia and Croatia, then the separate meeting with Croatia’s Prime Minister, as well as the very existence of a “communications officer” between the Croatian member of the Presidency of Bosnia and Herzegovina and the president of Serbia.

So, the other piece of good news is that this sort of behavior coming from these two countries has been, finally, publicly and clearly, called out by a relevant political figure – prof. Christian Schwarz-Schilling. Even more importantly, he has pointed out the cumulative negative consequences brought about by the fact that the West has been ignoring Bosnia and Herzegovina, by the high levels of tolerance towards the behaviors of Croatia and Serbia, while calling for revitalization of joint American and European engagement.

The newly elected president of the United States surely knows the Balkans better than the current president, and it is to be expected that his administration will more closely observe and more adequately react to developments in Bosnia and Herzegovina and its neighbors. They will also definitely be better at coordinating their agenda with European partners and allies. Still, Bosnia and Herzegovina, its stability, internal security and democratic development is an immanent European issue. Therefore, the European Union must develop a clearer, multidimensional approach to addressing issues related to Bosnia and Herzegovina and the implementation of the Dayton Agreement. Bosnia and Herzegovina is an item in the European expansion policy, but it must remain, together with the rest of the Western Balkans, a permanent topic in European foreign policy and international security. The EU has more than enough power to rein in inappropriate and, from a security standpoint, unacceptable behavior of Croatia towards Bosnia and Herzegovina. Croatian politicians need to be ceaselessly reminded that the greatest developments in Croatia happened when, during its course of EU accession, the country gave up its pretensions towards parts of Herzegovina. It could also be helpful to point out that Croatia’s own internal security benefitted the most when it was in the political company of those who unequivocally supported the spirit of the Dayton Agreement. Serbia is an important country in the Western Balkans and it is understandable that it would be a desirable ally in the world of international security, but not so much that it should be awarded any concessions that would impinge on the security, stability or development of any other Western Balkans nation. That would mean a new instability in the region and in Europe in general.

Finally, when it comes to Bosnia and Herzegovina, we should support the position of the current German Minister of foreign policy, who has said that in the EU “there will be no room for a country which permits nationalist discrimination, war crime denial or the glorification of war criminals”. Sadly, he did not repeat this same remark for some other candidate countries.

Also, we believe that Mr. Maas holds the position that there is no place in the EU for countries that have no citizens and consequentially no democracy either. That is why it is paramount that all those who advocate peace in Bosnia and Herzegovina, and particularly those who uphold democratic values, offer the strongest possible support for self-emancipation of the country’s citizen. It is necessary to help them finally become a subject of their own country’s political system, equal in rights and position to citizens of any other country. This is the sole step that would guarantee that, when the thirtieth anniversary of the Dayton Agreement comes, it is marked with less disappointment; that the inner tensions of Bosnia and Herzegovina are eased; that aggressive neighbors are neutralized; security of the Western Balkans strengthened; that the hurdles of the Agreement are overcome. The Dayton Agreement did stop the war, but, sadly, by betraying the principles of constitutional liberalism it condemned Bosnia and Herzegovina to endless bickering and one-upmanship. All of this will, of course, be difficult to accomplish, because in the meantime the number of self-serving, competing political actors has multiplied in the region, and the authority and political might of the architects of peace in Bosnia and Herzegovina are not as indisputable as they once were.

Dr Jadranka Jelinčić is a JD of international law, an associate researcher at the University of Paris II and a political analyst.