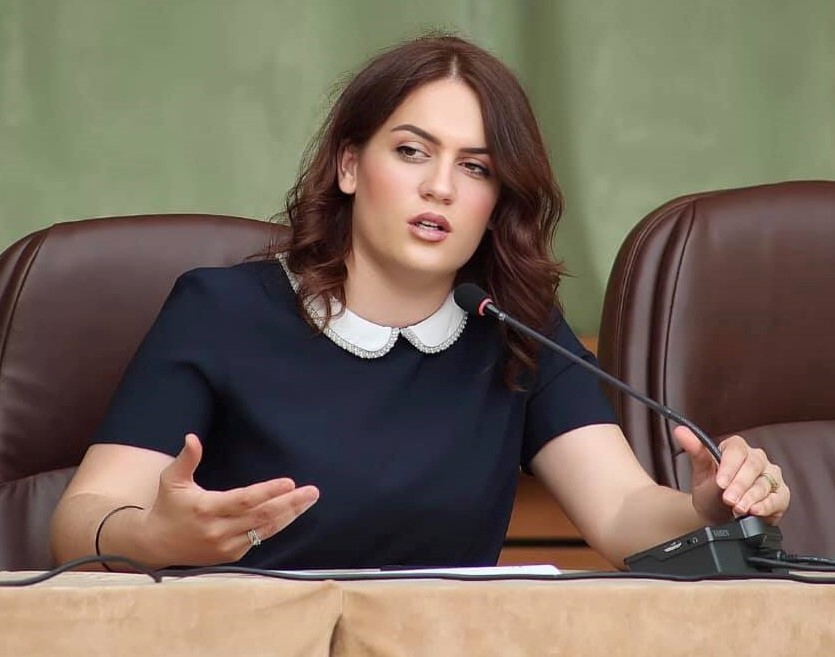 In many countries of the world, recounting individual stories, individual experiences of wars, as part of the historic dialogue, has impacted the shaping of public opinion and has mitigated the perception of the past, as a phase that needs to be elaborated in the public discourse without any stigmatization or prejudice, without employing any selection or barriers whatsoever. It is exactly the individual stories that did not receive the appropriate support, promotion, and reverberation due to the not-so-correct tradition of perceiving history and documenting crimes. This has had a huge impact, more so in countries just emerging from the war, which aim to repair war damages, acknowledge crimes, ask for forgiveness, and reconcile. Naturally, this did not happen entirely without a reason. If the purpose of the historic dialogue is to create a “reparative reading” that transcends the paranoia of guilt and hatred, all memories should be accepted, and the oral history is considered to be the most effective in achieving this result. But why, in fact, is there so little promotion and support to the historical dialogue, specifically the history of oral stories?

Traditionally, the world has believed that history should be constructed through tangible objects, archaeological drawings, working tools and items covered in mud, stones and iron, some pieces of paper bearing mysterious letters, or some carvings nearby a cave. This is what the system has made us believe and not just the system alone, but everything else that has regulated our manner of learning and judging the past. A question arises though ‘at the time of the global technological development, where the visual and social media are constantly carving how the general public not only thinks but operates too, are the tangible objects really sufficient for the history?!

The sociologist Anna Di Lellio reaches to a very important argument in her article entitled “The Historic Dialogue in the Post-Conflict Kosovo”, which argues that oral history places the individual at the centre of the attention as the storyteller, revealing the variety of stories and memories. Thus, it carries two essential functions to open the dialogue between the conflict parties: it unveils all plots of fragmented memories that remained hidden from the public discourse and destroys and challenges the homogeneous stories that functioned as mind cages. This dialogue becomes more important when the parties in the conflict listen to each other’s stories and accept such stories without creating any obstructions.

…I recall a time when I would sneak to listen to “stories of sexual violence” that happened during the war in 1998-`99 in Kosovo, which were told in hushed voices, with embarrassment, with prejudice, in exclusionary tones and guilty voices – and so they ended – without a second person listening to them. It was a great ‘sin’ to talk about war rape, and it was an even greater sin if you happened to be the raped one. And most of us know why, is it not so?! I invite all of you who harbour doubts to leaf through the book of memories “I Want to be Heard,” which contains 10 personal stories of survivors of the sexual violence during the war in Kosovo. The sexual violence victims in Kosovo were so much stigmatized that many of them committed suicide after the war because of the pressure from their families and communities, and above all, because of the lack of institutional support.

No survivor of wartime rape in Kosovo had ever spoken in public about that experience up until 2017. So, it took eighteen years for a victim to muster the courage and speak about her horrific experience. Vasfije Krasniqi, a Kosovo woman living in Texas, United States of America, posted on her Facebook page an open letter addressed to the man who raped her in 1999. One year later, Vasfije spoke of the tortures she lived through at the war during an exclusive interview.

It was exactly Vasfije’s case, told in public, that started to transform the Kosovo society with regards to the importance of oral history; at a time when the message of this history spread around the globe and succeeded in attaining the proper social attention. This attention preceded some institutional actions in this direction, something which had been almost totally lacking. This story was a turning point in constructing the public discourse on the importance of developing the historic dialogue of accountability. Many civil society activities started to react more powerfully about the unheard voices of the war victims, about the missing names in memorials of tragic events, about the importance of correct transmission of history, and the breaking of taboo topics on the stigmatized victims, who unfortunately are, in a way, often selected and marginalized (intentionally or not) based on gender, ethnicity, etc.

Vasfije’s story and the other reactions from the civil society about the Kosovo was victims have raised the awareness of the community on the importance of listening to individual stories. Now, citizens are more ready to hear about war crimes. This process commenced years ago by non-governmental organizations, which gathered willing youth and asked them to do just one thing: to listen to the stories of war victims, sitting in front of them. Albanian, Serbian, Bosniac, Turkish, Roma, Egyptian youth from Kosovo and Serbia sat in front of the victims and listened to their stories, looking them in the eye. They created another real worldview of the crimes committed, they changed their opinions, and appreciated the historic dialogue as an alternative that brings peace and reconciliation; they broke the stigma that “peace in the Balkans is unattainable.”

Kosovo and Serbia are now developing a dialogue process, which is technical at times and political at others. However, it needs to go on until both countries reach the final peace agreement and attain reciprocal recognition. This process is facilitated by international mediators. But even in case of attaining such aimed political agreement that would ensure mutual cooperation, recognition and would remove obstacles in statehood building and Euro-Atlantic integrations, nonetheless an agreement reached in this manner would not ensure civic peace. Sustainable civic peace and diminishing of animosity between two societies takes place only when they deal with the past and this can happen only on the basis and realization of the historic dialogue.

The historic dialogue is the most valuable option to achieve long-term goals for resolving conflicts, for reconciliation, peacebuilding, and promotion of democracy. The historical dialogue soothes the collective memory, the citizens acknowledge the crimes committed, and influences on increasing cooperation, in offering and accepting apologies. The historic dialogue renders visible the causes and consequences of disputable stories, acknowledges victims, and involves a broad spectrum of experts: academics, activists, victims, and affected communities in an attempt to overcome the conflict and begin peacebuilding, no matter how long that road may be…. Because yes, we all have something to say.