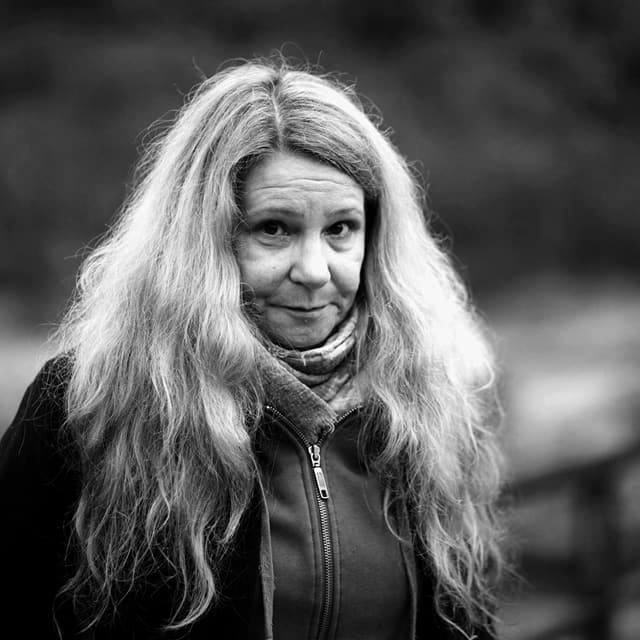 Stories from the closet

I used to watch him frequently, hidden behind an old rag that I used to cover the window that no longer had glass. The father of the dead girl was swaying between the buildings. He was somehow transparent, light, as a cobweb. His face was grey, his eye sockets were abysmally dark. He stopped talking, eating, etc. He was simply swaying between buildings, dragging his shadow behind him. Sometimes the shadow was dragging him, and it was increasingly difficult to distinguish them. Neither dead nor alive.

It was a sunny and an unusually quiet October day back in 1992. I finally found a medicine for my mother, ''her medicine''. She had never spent even a day without that medicine, with the same composition, but a different name, but she would frequently, casually, ask me if there was ''her medicine''. I was running from the hospital to the restaurant Ekspres to get to our new home as fast as possible and finally tell her here is ''your medicine''! I was lucky at Ekspres, there was another soy burger in something that should have resembled pita bread. Now I was already jumping towards the apartment in Trampina street, behind a coffeehouse known as ''Parkuša''. Wow, what a feast that would be, half a burger and ''her medicine''. She was sitting on the couch in the living room and she sighed loudly, relieved, because I made it home alive. First, we ate the burger, and what a joy it was. Then I got out the medication. She took it in her hands and was observing it as the most valuable thing in the world. She gave me a kiss.

There was a horrible explosion. For a moment, I could not see a thing except for the grey dust cloud. Then I saw my mother lying on the couch. I heard my voice calling the doctor from the military skyscraper behind the coffeehouse known as ''Parkuša''. He was already above my mother, he was massaging her heart. I was giving her mouth-to-mouth resuscitation. I could see how the gleam was slowly disappearing from her eyes.

- It is over, Mirjana, said the doctor, trying to stop me. Mouth to mouth. Breath in the life, mom! It is over!

I spent the night in the closet. I panelled it with books. They said that books were the best thing to stop shrapnel. I would spend time in there until my mother would come from Grbavica. Days in the closet, in darkness and solitude, are ahead of me again. I have already learned to be my own company. Sometimes it was even nice to talk to myself. Sometime before the dawn, I jumped out of the closet and yelled:

The blue cashmere scarf. Mom had sown some family gold jewellery and some money in it. She would wear the scarf around her waist. She used to tell me not to forget to take the scarf, should something happen to her. I was laughing about that all the time and saying that I would not forget. I forgot. What should I do now!? Uncle Fikret, yes, yes, uncle Fikret! I went out of the apartment and started running towards the Faculty of Medicine.

Uncle Fikret was a family friend, my late father was his best man. He was a physics professor at the Faculty of Medicine. He will certainly know how I can get in the morgue. I arrived at the faculty at the same time while he was arriving to work. We went to the morgue. I went in alone.

There was no space on the tables, people were lying on the floor. There were not even enough sheets to cover them up. Disfigured bodies. Women, children, elderly persons… I was trying not to look at them. Although she was in a hurry, a nurse was so friendly to show me where my mom might be. She was also lying on the floor. In her bathrobe and pyjama. I went down on my knees and was watching her. I should now search my dead mother and look for a blue cashmere scarf that contained some gold jewellery and money. Mom, I apologise! But you would tell me not to be a fool, to grab that scarf, if it was still around your waist, because there was war, and I was alive. You would tell me:

I found the scarf, and then I lied down next to my mom, on the freezing floor, and started screaming.

I felt being raised by strong male hands. He was around forty years old. He was in a uniform. He asked me gently:

-Ah, she is beautiful.

-What do you mean by beautiful?

Without taking his eyes of my mom, he said:

-I recognised my mother based on an earring!

I was sobbing for a long time in the embrace of that stranger, who was the closest creature on earth at that moment. We left the morgue embraced. He kissed me on the forehead, stroked my hair and left. I was standing there waving at him.

I spent the night in the closet. I was thinking about that man and his mother, about my mother, about all mothers… Even when they are gone, mothers still care about their children. Shortly before the dawn, I fell asleep.

I was still not conscious about what had happened and that mom was no longer there, when a shrapnel killed the only daughter of my professor of Roman law. They lived in the military skyscraper. She was not even 30 years old. She was hit directly in the head. My friend Anči drove her to the hospital in an old, white Mercedes that rattled like the lid of a pot when water is boiling. He was not coming back. An hour passed, then two… They had also escaped from Grbavica and moved in the apartment above the one where I lived. His mother burst in my apartment, completely frantic, and told me that she was going to the hospital, to look for him. I went with her. She lunged forward fast, while I was running behind her. We could not see him, but we heard the sound, as if a lid were rattling on a pot with boiling water.

Neighbours gathered between our two buildings. Anči was trying to say something, to give us some hope, at least for a moment, at least for little bit longer, but it was clear to everyone that it was over.

He whispered into my ear:

-I scooped it all up and stuffed it back in, what do you think, will she survive?

-What have you scooped up and where have you stuffed it back in?

-The spilt brain, back into her head.

He was in a state of shock, he needed a happy end, something that would give him the strength to continue living, to survive the hell that happened to us.

He took my hand and pressed it firmly. I did the same, firmly. We needed strength, touch, a bit of humanity in evil times. I spent that night in the closet, in the dark, alone. I sit more difficult for them than for me? Can sorrow be measured, can pain be measured? Maybe the saying ''May God give that older persons die first'' makes sense.

I used to watch him frequently, hidden behind an old rag that I used to cover the window that no longer had glass. The father of the dead girl was swaying between the buildings. He was somehow transparent, light, as a cobweb. His face was grey; his eye sockets were abysmally dark. He stopped talking, eating, etc. He was simply swaying between buildings, dragging his shadow behind him. Sometimes the shadow was dragging him, and it was increasingly difficult to distinguish them. Neither dead nor alive.

I was no longer going to the closet, I decided to survive. Out of spite.