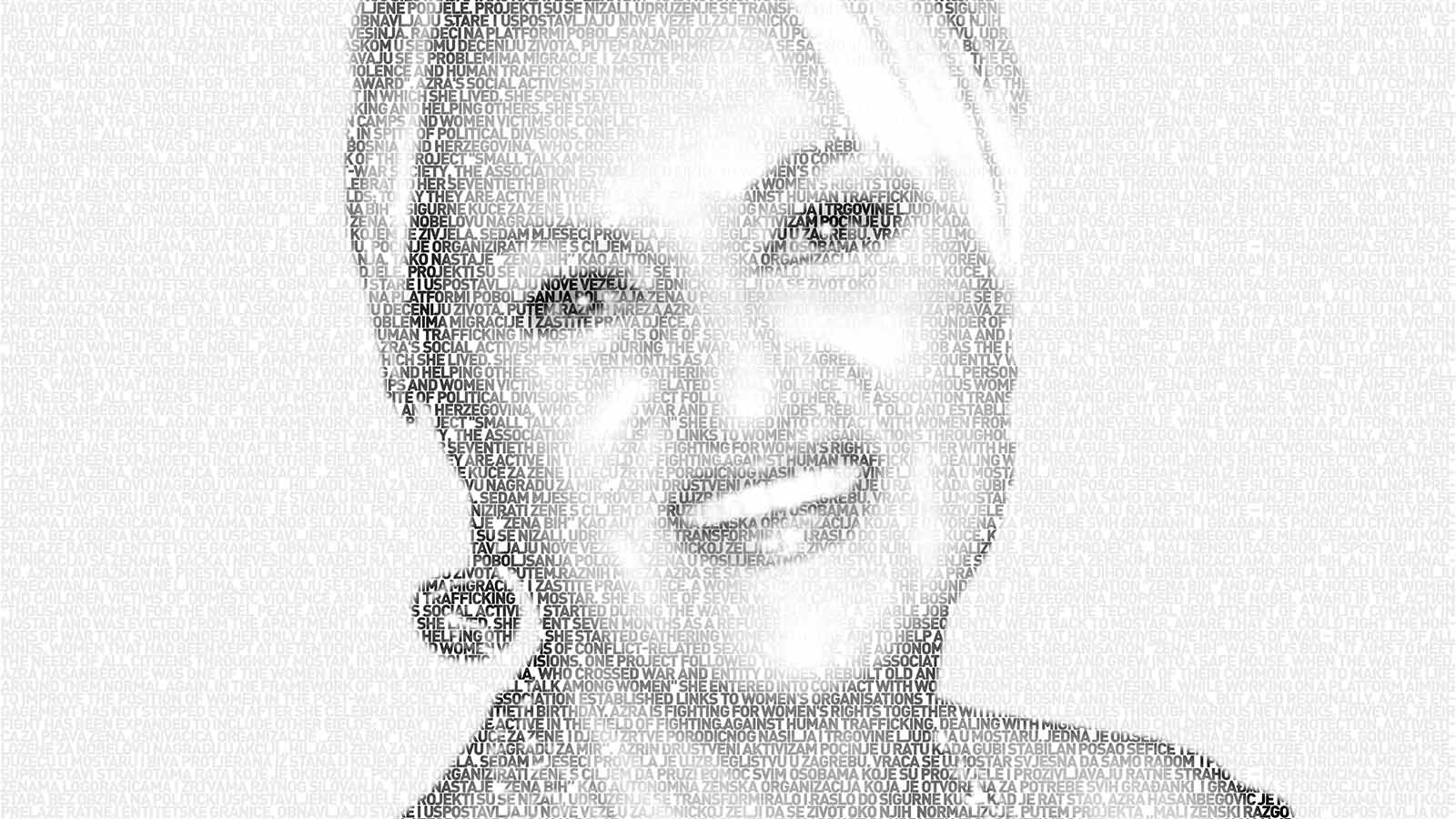 A women’s rights activist, the founder of the organisation "Žena BiH" and of a safe house for women and children victims of domestic violence and human trafficking in Mostar. She is one of seven women candidates in Bosnia and Herzegovina proposed for the Nobel prize in the action "Thousand Women for the Nobel Peace Prize’.

Azra’s social activism started during the war, when she lost a stable job as the head of the technical department of a utility company in Mostar and was evicted from the apartment in which she lived. She spent seven months as a refugee in Zagreb. She subsequently went back to Mostar, aware that she could fight the horrors of war that surrounded her only by working and helping others. She started gathering women with the aim to help all persons that had survived the horrors of war – refugees of all kinds, women that had been kept at detention camps and women victims of conflict-related sexual violence. The autonomous women’s organisation "Žena BiH" was thus born. It aims to meet the needs of all citizens throughout Mostar, in spite of political divisions. One project followed the other, the association transformed and grew into a safe house. When the war ended, Azra Hasanbegović was one of the women in Bosnia and Herzegovina, who crossed war and entity divides, rebuilt old and established new links out of their common wish to make the life around them normal again. In the framework of the project "Small Talk among Women" she entered into contact with women from Gacko and Nevesinje.

While working on a platform aiming to improve the position of women in the post-war society, the association established links to women’s organisations throughout Bosnia and Herzegovina, but also regionally. Azra’s engagement has not stopped even after she celebrated her seventieth birthday. Azra is fighting for women’s rights together with her colleagues through various networks. However, their fight has been expanded to include other fields; today they are active in the field of fighting against human trafficking, dealing with migration and children’s rights protection.

“Don’t ever give up on what you decided to do and on your goal. If you do not make it the first time, try a hundred times – but do not give up and do not be afraid of anything. There is a way out in every situation and if a person truly wants something, they get it. Do no harm to others. If I or my family need the good, others need it, too.”

“This small bird is full of various pebbles and zircons. I truly love beautiful things. Just before the war, I got the small bird and two ivory armbands from a neigh-bour of mine, whose husband was a diplomat. They travelled and lived in some African countries. Since we were friends from the same neighborhood, she gave me the small bird and the armbands as gifts just before the war. The small bird was the epitome of freedom, wealth and beauty in my eyes. When I was forced to flee my apartment, I managed to take the small bird with me, so that I still have it. It does not have a leg anymore, but it is still here.”