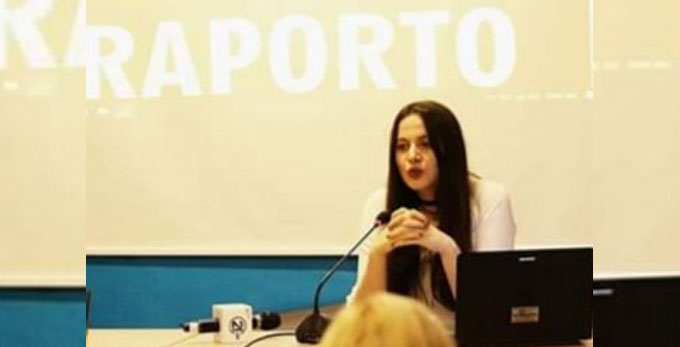 ...a body’s memory of past as a reaction to the pandemic?

At a given moment, when we were unanimously refusing that someone could halt the trend of social, economic and political development, the so-called globalism – it did happen in fact and everything changed overnight! We were locked down not in fear of those who speak differently, who look different or have different beliefs, but in fear of ourselves and of people we considered the closest.

This universal situation caused by the pandemic presents a unique challenge as it has made a natural and human appearance. Confusion grows when the virus threat is invisible unlike the traumas caused by people or groups of people seeking to protect their own kind defined so in terms of ethnic, linguistic, biological affiliation or of specific values. In the latter case, one is psychologically prepared and aware of the direction the threat comes from. My unaware mind went back 20 years and the parallels drawn between similarities and differences became a hypothesis of the lockdown days. There are differences and similarities in how we reacted in this situation, known to groups of people who recently have lived through challenges and conflicts, and unknown to those societies that for years had not gone through any collective challenges.

In spite of the substantial difference between the nature of these two situations of “interethnic pandemic” and “global pandemic of COVID – 19”, with regards to the functioning of the public life activities, we knew what it meant to halt the movement of the society’s chain of functioning. Our bodies had fresh memories of what to expect, albeit not too many dangers as per our memories, but that was our truth. We knew what it meant to be in a situation where one does not know what to do, and that tomorrow holds surprises. Perhaps in a situation not so similar to this one, which might seem a paradox, but based on my memories as a six-year old who lived through a war, it seemed to me that we had more than developed the capacity for community resilience – the resilience capacity of a community to use the resources at hand to respond to, resist and overcome uncharted challenges.

We went through a variety of experiences and reactions. It is worth emphasizing that the recent experience of “interethnic pandemic” had a great impact on how we reacted in terms of age, gender, ethnic and geographic affiliation. The most interesting thing I felt was the confidence in state organization. Before the war, when we felt violated by the state, we lost the trust in it and the body’s trauma led us to down a similar road, the road known to us. In spite of the fact that under these circumstances, the state facing obvious economic, political and social problems, which started its functioning 20 years ago from a minus position, still attempted to guarantee us safety, that there was no need to panic, that the state was our protective umbrella, and that there were enough supplies for all. Although we had gone through the opposite experience which led us, by showing large-scale collective mobilization to face an unknown situation, albeit known to us, in our own way.

…it was said that this was the time of greater worry that would overcome the ethnic, linguistic and racial division but in fact not always. This was a moment when we all got together seeking to save humanity. A paradox and unbelievable!

In spite of the joint declarations not just in Kosovo and the region, but worldwide, that we are together in overcoming this situation which it was proven scientifically does not discriminate in how and who it chooses, it was painful yet understandable that dealing with this situation on the personal level was divided on basis of ethnicity, as was observed within the communities where we live, namely, in North Mitrovica, where the Albanians living on the part for many years now do not feel ready to go to the hospital in that part where the staff comes from the Serbian community, thus presenting an urgent need to establish a mobile health centre thus deepening the divide, and vice-a-versa, having the Serb citizens of that side of the city seek healing only from “their own”, namely in the hospital of the city.

This was a time for reflection, during which we all turned into ourselves, both physically and mentally, manifesting our traumas, beliefs and values in service of the cause for the necessary protection from a biological process yet highlighting our mental and physical insecurities that have accumulated over the years.

Such situations give rise to unexpected reactions out of nowhere and one goes back to facing oneself within the cycle of life and what one has gone through, going back to something deep inside that maybe have gone mouldy but nonetheless plays a role in certain situations. You realize that this mouldy feeling is nothing but the memories our body keeps and which not always are memories that we, as survivor, remember consciously but which are revealed as not dealt with in different situations.

This story is a personal experience of the author and does not represent the position of any institution, organization or other group of interest.

Selvije Kurti was accidentally born in Mitrovica, a city in north Kosovo. She is a critical person, with a passion to question social structures and norms, and reflect on how useful or oppressive such structures and norms are. Kurti is interested on how people interact beyond identities and her main field of interest is conflict resolution in post-war countries. She wonders how the world would look if she would stand up for the humanity and not only focus within the identity and geographical boundaries. In the last ten years she has been actively involved in human rights, conflict resolution and peace building programs. Without eschewing the influence of the past on her formation and convictions, she is committed to enjoy the present moment and the surrounding people and processes, preferring not to fall victim to the plans, or dwell on the past or wonder about the future.