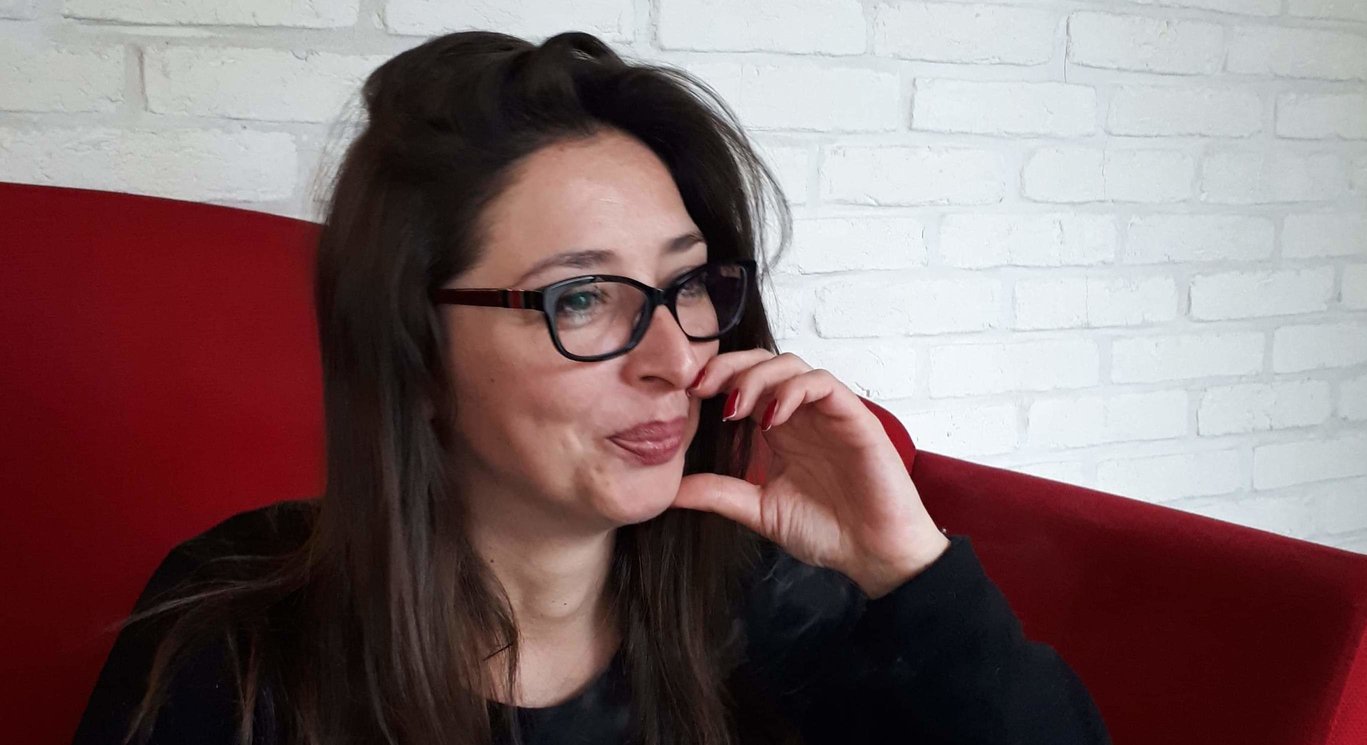 In November 1992, my father was killed. I was four years old, and just as any other daughter, I adored my father. He participated in the war that happened in our region and he fought in the belief that he was saving his country, his people, his children. I remember the day when they let my mother know that the died as a result of wounds he had sustained from a hollow-point bullet that had been prohibited in 1899 in compliance with the Hague Convention. We all know that all three parties have done inhuman deeds in this war and we all have experienced a personal tragedy, whether it was the loss of a family member, loss of property, loss of home or only fear because we did not know whether we would survive. For that reason, I will not write about these topics. Instead of this, I would like to write about the way in which I matured and formed my opinions.

Back then, in November, I believe that it was November 7, I was proud that my father died for Republika Srpska, for his country and his people and that he became a hero. I happily informed my friends in front of our building that my father died. They taught us that it was the right thing to do. Nobody explained to me that the fact that my father died for his people actually meant that he would no longer be there for us, his wife and children. While I was growing up, I understood that dad would not be back, that we did not leave him in Vogošća in 1995, following the signing of the Dayton Peace Agreement, but that he actually disappeared in 1992. That was the first time I was ashamed, because I had been glad about my father’s death.

We moved to Višegrad and we continued our life there without him, as displaced persons. I was categorised as a member of a killed soldier’s family member, a displaced person, I grew up with my Serb friends and I zealously nurtured a serious hatred towards Bosniaks, because they had taken away my father. The trips to Sarajevo were terrible, I was afraid that someone would hurt me, I was afraid to say that I was a Serb and I recognised Bosniaks based on their ''faces''. I was unable to hug our pre-war neighbours, who lived next door, were good people and whose daughter I grew up with. I was unable to do so because they belonged to a different religious and ethnic group, a wrong one according to my opinion. As time passed, my prejudices towards people from other ethnic groups were increasing. I judged those that were in a relationship with Bosniaks, did business or socialised with them. I saw them as traitors of their people and asked myself why they were doing it. I was of the opinion that they could not be trusted.

During my studies in Pale, I heard lots of stories about great Serbs, mostly war profiteers, as well as the lives of the war elite, who had used the war for their personal interests. I was amazed at people who admired dishonest deeds, the plundering and brawling of these persons, simply because they belong to OUR ethnic group. I started noticing the immoral and negative characteristics of our ethnic group and the injustice they had done to my family. I wanted to also meet Bosniaks, to see whether my opinion was correct.

In 2010, at the Bashment Reggae Fest in Sarajevo, I met Mahir, Asja and a bald guy, who bought us drinks, and although he knew that we were Serbs and that we came from Višegrad, he did not care much about our names, he wanted to get to know people and to be a good host, even if it was only for half an hour. It was my first relaxed socializing with Bosniaks without any fear. However, some part of me still held those beliefs from my childhood and early adolescence. I started loving Sarajevo thanks to my mother’s stories and memories from the period when she went to high school, I started researching and searching for that Sarajevo of hers and I found it. I went to good concerts, good parties and met good people. Hatred slowly disappeared and my prejudices vanished, I somehow stopped thinking about all of that, because I lived my life and was happy that I met new, good people.

I also remember the day when I started hating my ethnic group. In 2018, I had four jobs in order to earn enough money for an independent life of a thirty-year old person, and I had already had the experience of being dismissed from public service, working for an unscrupulous private employer, who did not pay our salaries on time, I was exhausted from all of it and started hating my ethnic group. I hate politicians, I hate their children, I hate arrogant slave-drivers, people who are abusing other persons, I hate the privileged ones and political party members. I blame them for the fact that my father gave his life for this country, that his children have to make the ends meet on their own and that few are being considerate to them. I work behind the counter of a bar and listen to statements how I should not like Sarajevo and should be careful when I go there. I try to explain that Sarajevo did nothing bad to me, that I love the city, that I like the streets, the way people think, that I myself am from a place near Sarajevo. ''Yes, they have not done anything to you, but don’t end up with one of their men, find one of ours.'' I have not even been looking for a boyfriend, either from their or our ethnic group, but I thought that people were willing to justify even the worst actions of a person, simply because he/she belonged to their ethnic group. It does not matter that we all are suffering and being exploited, that young people are driven away from the country, that they are ruining our country and driving us insane, because there is nothing else they can do to us, what matters is that they are part of OUR ethnic group! A person only has to be ours! Angry and bitter, I went to visit friends in Sarajevo, and, as usually, we went out.

''Hi, I am Nevena'', I held out my hand to a man sitting at the table, an acquaintance of my friends.

''Glad to meet you, sir, I am a child of a killed soldier. We now know each other’s personal tragedy. Maybe now you can also tell me your name.''

He did not tell me his name, or maybe he did, I don’t remember, but I do remember that I asked my friends to leave immediately and go back to a café where our friends worked. That night I recovered. I told my whole story to three Bosniaks, from the first bullet I heard, the fire tracers I watched with my mother from the balcony, which seemed like fireworks, near-death experiences, life as a refugee, Breza, Vareš, Vogošća, Višegrad, and I caricatured all of it. At the end, I realised that it was not just the three of them listening to me, but rather all people at the café and that they were roaring with laughter. They had only asked me where I was from, and I told them my whole life. And it was good, incredibly liberating. I understood that those living in the past are the ones who choose to do so, that they pity themselves and blame others, sit at a bar and say: ''You have no idea what it was like for me.'' I had been just like them, incredibly bitter and full of hatred towards everyone. The persons sitting in front of me were young, unburdened persons, with serious intentions to live their lives, and not just survive, and whose lives were much better than the life of the man who presented himself as a disabled war veteran. Ever since that evening, I stopped presenting myself as a child of a fallen soldier. If someone specifically asks, I do answer, but I no longer believe that this is something that should define me. The war is over. None of us caused it personally, very few of us truly wanted it, maybe only those that inherited someone’s hatred or nurtured their own. It was all a matter of politics and persons belonging to all ethnic groups suffered losses. Misdeeds and crimes should never be forgiven. Today, I no longer hate anyone. I love good people and I really do not care about someone’s ethnic group. I am trying to be a patriot. I respect other people’s beliefs and have my own and do not wish to delve into something that happened 25 years ago. I know the history of my people, I know my own origin, and I respect it, but I refuse to be limited by anything. I am a citizen of this planet and wish to live my life in peace.

Nevena Lalić was born in Sarajevo in 1988. She spent her both happy and unhappy childhood and adolescence throughout Bosnia and Herzegovina, and most of her life she lived in Višegrad. Today, she lives in Gradiška, on Sava river, where she works as a psychology teacher at the public grammar school Gradiška.