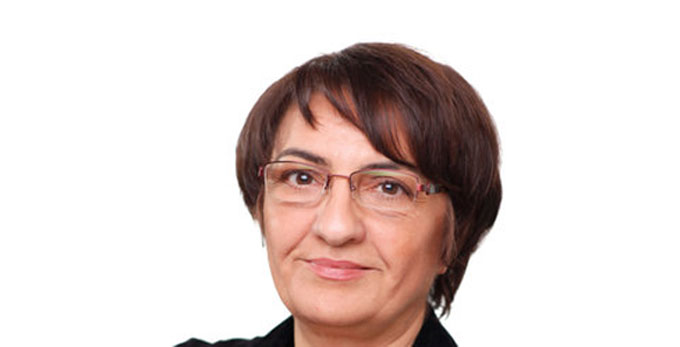 War criminals as national war heroes, and all by law

It seemed to me that after 30 and a few years of journalistic practice, nothing could astonish me, but wow! When I visited Banja Luka’s Correctional Institution, better known as the Tunjice Prison. The head of the department responsible for educational work with prisoners took me to the workshop in which Christian prisoners, in a Christian way, make icons in the woodcarving. He was particularly proud of one icon-maker.

“He has golden hands! He is not a TRUE prisoner, he is the one for war crimes” - my guide said, with a smile that clearly says that another Serbian patriot, because of the Hague conspiracy, is serving the justice of God. That this “Serbian patriot” in prison had special treatment, at least in terms of moral support, was not difficult to guess

I recognized a god-pleasing icon-maker before he even spoke his name: Željko Mejakić.

Željko Mejakić was a head of security at the Omarska camp during the war. He was sentenced to 21 years in prison for crimes against humanity, murder, imprisonment, torture, sexual violence and other inhumane acts. Now he is free. While in prison, it will remain on record, he also made an icon for Patriarch Paul.

But what is one Zeljko Mejakic in relation to Radovan Karadžić after whom he was named a student dormitory in Pale in 2016. Radovan Karadžic was finally convicted of genocide and other war crimes to life in prison. In the RS, he is publicly titled as the "first president of Republika Srpska". And to the students, thanks for asking, they do not mind living in a dormitory bearing Karadzic's name. As one student of philosophy said in the survey, they are proud of it.

And do you remember August 2013 and the euphoric welcome of the Hague prisoner Momčilo Krajišnik, at the same place in Pale?

Then, the government of Republika Srpska made it available to him a state plane and a helicopter, and RS Radio-Television broadcasted this event directly.

"I do not know why this reception was organized, I am a war criminal after all," Krajišnik said, not without irony.

The Hague tribunal sentenced Momčilo Krajišnik to 20 years in prison for war crimes. Krajišnik is today the president of the Association "Creators of Republika Srpska", which enjoys the special support and attention of the authorities in Republika Srpska.

These are all known facts. And all this is legal. By law, all the above, and many others, nowadays celebrated as national heroes in BH, have been convicted of the most serious crimes. On the other hand, no law was violated when the student dormitory was named after Karadžić or when the RS government provided to Krajišnik the VIP transportation and the SDS parliamentary party organized a welcome reception for him.

No law in Bosnia and Herzegovina prohibits the denial or justification of genocide and other war crimes, and therefore the celebration and exaltation of war criminals. In fact, to be precise, in half of BH, in the Federation of Bosnia and Herzegovina, the Criminal Code stipulates that anyone who publicly denies or justifies genocide or war crimes can be "stuck" in prison, but only if that denial "publicly provokes or incites national, racial or religious hatred, discord or intolerance ”. So, if it does not incite hatred and intolerance, but inflame only national pride and euphoria, then nothing to anyone! What he would also say is that, in any case, they are Pale in the Federation of BH, the prosecutor would have a nasty ordeal to prove "beyond all reasonable doubt" that paying tribute to Karadžić or Krajišnik is a criminal offense.

Two attempts to pass a law banning genocide denials and war crimes at the BH level went unheard because of opposition from Republika Srpska officials. The point is clear, when it comes to the war of the 1990s in BH, there are conflicting narratives. In the ruling narrative of the "defense-patriotic war" and in Dayton's unchanged politics in Republika Srpska, such a law does not fit in any way. Every conversation about war crimes, and especially every mention of Srebrenica in 1995 in Srpska, ends with the famous question: "And what did they do to us"?

How much damage such a narrative and this kind of politics does to Republika Srpska is a separate question that, of course, no one in the RS publicly says.

On the other hand, it would be debated as to what the ruling Bosniak narrative is about the suffering of the (only) Bosniak people and how much it contributes to transitional justice, the dignity of victims and reconciliation. And how meaningful, purposeful and fair it is to declare Republika Srpska a genocidal creation.

According to Leila Gačanica and Caroline Finkeldey in the “Calling War Crimes a Real Name” publication, the atmosphere in BH has been creating for a long time that the adoption of a law banning denial of genocide and war crimes is “in the sphere of the impossible,” but such a law is necessary.

"There are no other mechanisms or readiness of the political elites for this area to gain a moral, social dimension," two authors say.

The question, however, is whether, in a country that has serious problems distinguishing between good and evil, even the law would be a powerful enough mechanism for substantive change. Because, on the one hand, we already have sixty laws in BH, which no one respects, and on the other hand, in a decent society, even without the threat of imprisonment, one knows what the matter is.

Refik Hodžić, an independent consultant on strategic communication in the field of transitional justice, points out that there is no political will to pass such a law "domestically", and imposing a law by the High Representative would not be a solution.

"We could get into a situation where breaking the law would be an order that people would proudly wear on their suit lapel," Hodžić said.

So, no matter how we turn, until the matter is resolved with "lapels" and "orders" and until the crimes and criminals are called by their real name, there is no progress.

But how to break the vicious circle? Where to go? From education, which is under the paw of governing politics and political will? Well, we still have two schools under one roof! From the media, who play how the authorities play or “wisely” escape difficult and sensitive topics? From NGOs that, if we're right, are already doing everything they can?

Maybe from the law though?

Milkica Milojević is a journalist and activist from Banja Luka. She graduated from the Faculty of Political Science in Belgrade in 1987 and earned a bachelor's degree in political science. She has been involved in journalism since 1988. She worked as a journalist and editor in several print and electronic media.

The fields of work and activism: social issues and human rights, including gender equality, the rights of children, people with disabilities, LGBT people and other marginalized groups.

She was the recipient of the “Srđan Aleksić” Journalist Award (2012), the UNICEF Special Recognition Award in BH (2017), and the BH Parliamentary Assembly's Annual Award for Contribution to Gender Equality (2014). Co-author of the Handbook for Reporting on Marginalized Groups (with D. Dardić, Banja Luka, 2010). From 2009 to 2016, she was the president of the Association of BH Journalists. Today she is employed in the daily "EuroBLIC" in Banja Luka.