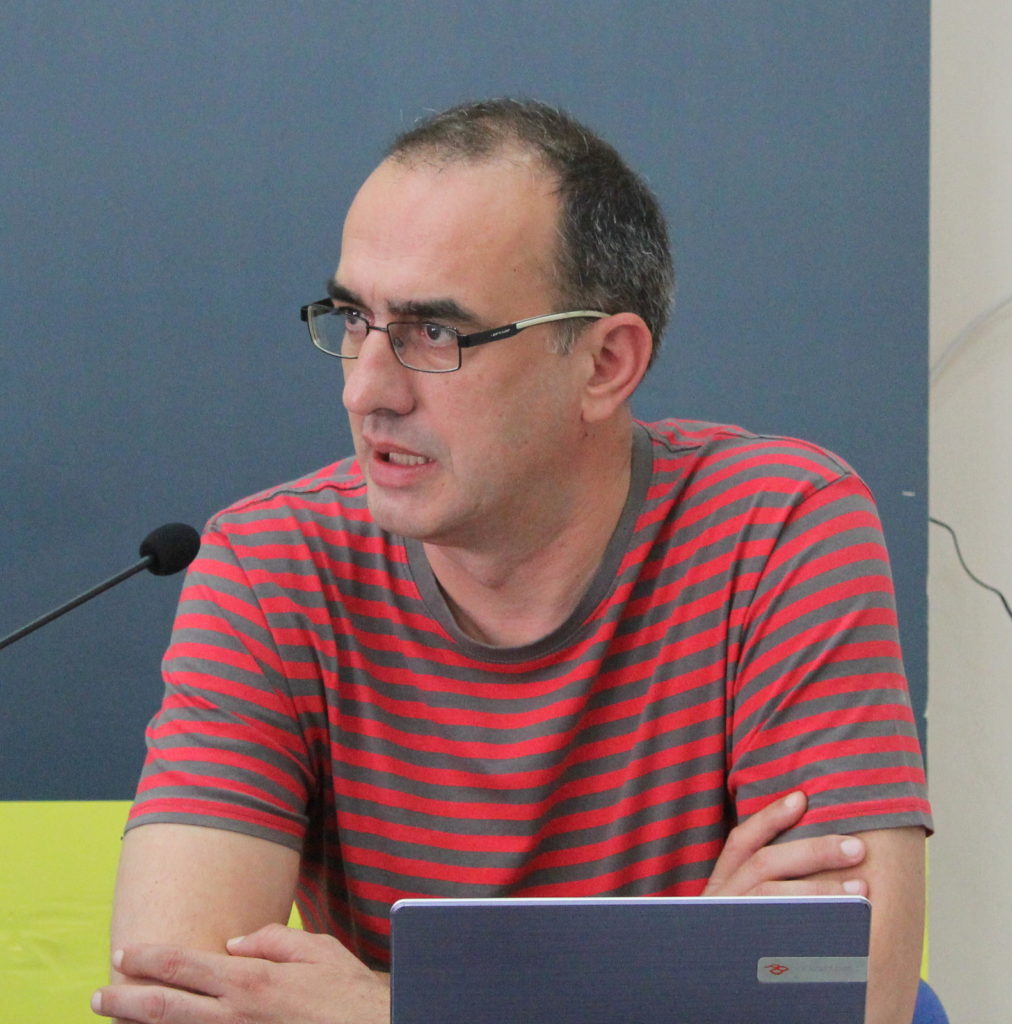 Ten days ago, the President of Serbia, Aleksandar Vučić, was in Ruma during an innocuous opening of a noodles factory, and for unknown reasons, the opening was also attended by a convicted war criminal, Veselin Šljivančanin. Vučić got mad because of a question asked by the representative of Televizija N1 about the presence of Šljivančanin: ''What do you want us to do, to tie him up, to kill him? What is it that bothers you, is he interfering with politics, should we bind him with chains… What would you people from N1 like us to do?'' Instead of getting mad, it would have been more interesting if he had answered a simple question. Not only as to why Šljivančanin was interested in noodles, but also as to why the Serbian Progressive Party participates in the organisation of his public discussions throughout Serbia.

And then, during a military gathering in Niš, the Minister of Defence, Aleksandar Vulin, basically openly said that Serbia should be proud of the crimes committed in Kosovo and of the general Vladimir Lazarević, who was convicted for these crimes. Lazarević also spoke during the same gathering. The event was also attended by the convicted war criminal, Nikola Šainović, the former right hand of Slobodan Milošević, who today holds a position on the Executive Board of the Socialist Party of Serbia. During this very same gathering, war criminals were also celebrated as ''professionals'' by the Secretary of the President of Serbia, Nikola Selaković.

Then the socialists repeated their proposal that Slobodan Milošević should get a monument in Belgrade and be buried in the alley of the most deserving persons, Aleja velikana… Ever since it understood that the International Criminal Tribunal for the Former Yugoslavia in The Hague is about to be closed, Serbia is no longer cooperating with the Tribunal, except when it has to provide guarantees for an accused, which it even did in case of Ratko Mladić, accused of genocide, who courageously avoided criminal prosecution for whole 14 years. Serbia did not have a war crimes prosecutor for whole 17 months, and the number of war crime indictments is decreasing from year to year. According to the Humanitarian Law Centre, only one indictment was brought in 2017, and even that one came from Bosnia and Herzegovina, not as a result of an independent investigation of the Serbian Prosecutor's Office, but it is a case that was transferred from Bosnia and Herzegovina, where the whole investigation was conducted, and an indictment was brought, confirmed and transferred…

The easiest thing would be to say now that all of that is a logical consequence of the fact that instead of the failed revolution of October 5, 2000, a successful reinstatement of ''values'' from Milošević's era was conducted from 2012 until today. This is undoubtedly true and will continue. And who would still be surprised by it if we have in mind that the protagonists of the restoration are all political accomplices of Milošević: Vučić, Dačić, Nikolić, Vulin… and their followers.

However, things are nevertheless much more complicated for the society in Serbia. Because it was not these current ''restorers'' who adopted the law that made it possible to put the Chetnik Dražo Mihailović on the same level with partisans. That law was adopted in an emergency procedure on December 21, 2004, that is entire 13 years ago, during the mandate of Vojislav Koštunica. Back then, 176 MPs voted in favour of the draft proposed by the Serbian Renewal Movement, 24 MPs from the Social Democratic Party and, pay attention now, from Dačić's SPS, were against it. Four MPs abstained, and nine 9 MPs did not vote. Back then, ''Ravnogorska spomenica'', a commemorative medal for members of the Ravnogorski Chetnik movement, was also established… Not even the flagship of the ''civil'' Serbia, the Democratic Party, had nothing against that, just as many others, except for the several consistently anti-fascist and anti-war oriented small parties. Just as today some opposition parties, which wrongly present themselves as ''civil'' and as a political alternative to Vučić, are not condemning Vulin's and Selaković's celebration of war criminals.

The Youth Initiative for Human Rights from Belgrade recently asked state officials to distance themselves from the politics of denial of war crimes and glorification of war criminals. In a contrary case, if the national leadership keeps silent, the youth from the initiative would consider it to be the official politics of the state of Serbia. They kept silent, of course. When it comes to the attitude towards the past, I will quote a friend of mine: ''One should get rid of an illusion: the problem is not only the government in Serbia, it is the society that is rotten''.

(The author is an assistant professor at the Department for Media Studies of the Faculty of Philosophy of Novi Sad, a programme editor at the Independent Association of Journalists of Vojvodina, a journalist and civil rights activist)