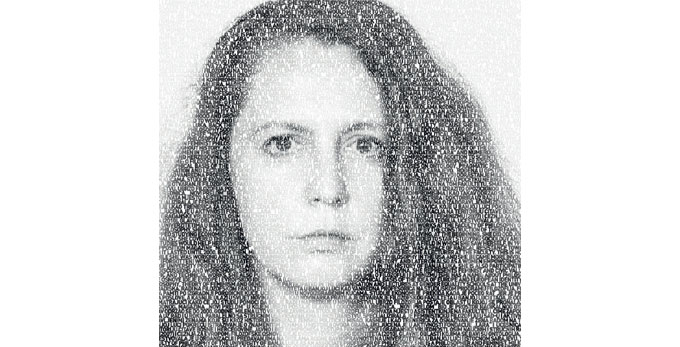 FEMALE SIDE OF PEACE

Politicians still largely (ab)use the word ''peace'', and even more frequently the word ''war'' in the public space on a daily basis. Both of these words appear in the media as part of the coverage of topics related to victims of war, disabled war veterans, reports on persons who were killed or wounded by a mine in the remaining mine fields. Almost a quarter of a century after the signing of the Peace Agreement in Dayton, the remembrance of war is still fresh in Bosnia and Herzegovina. If we take a look at this from different generation perspectives, it becomes clear that for those born during the war and after the war, the notion of war is only a matter of books, their parents' memories and a vague memory connected to the region in which they live. In this respect, the notion of peace seems to be distant, something that one does not need to think about, something that is implied.

For those persons that know what peace means, because they experienced and survived the war, this memory is a distant one as well. To remember means to go back to pain, cold, fear and complete existential threat. In this respect, they rather make rational choices and consciously decide to distance themselves from that period. Whether we do not wish to learn about war and peace or to forget the stories about the war and peace, this is not possible in the Balkans and it is not something that can be suppressed and left aside.

True facing the past is therefore still a current topic. However, it takes place in small groups, mostly at the initiative of those who are part of NGOs and active through the civil society. In spite of the fact that such activities are always to a smaller extent covered by the media and therefore also less visible, it does not mean that they are less important than a politician's words. On the contrary. The broken threads of the social tissue cannot be repaired from above, by adopting decisions, but rather through silent and invisible weaving on a daily basis, which is sometimes barely noticeable, but does create the foundations for a different and better future.

Crucial institutional frameworks, such as the UN Security Council Resolution 1325, ''Women, Peace, Security'', show in which manner states are nevertheless trying to use the language of politics and gender mechanisms to make the female side of peace visible in the 21st century. Although these great and important topics, which are crucial for our lives, are sometimes covered by a mere bureaucratic vocabulary in the civil society as well (project goals, project plan implementation or research findings presentation), a picture of peace is created through a continuous addition and subtraction of memories and awareness is raised regarding the importance of peace and peacebuilding during such encounters and opportunities to meet and exchange experiences.

The further we go from big media stories about the (lack) of agreement and verbal conflicts between politicians, affairs, crime, the more are we able to find short notes about the activities of the civil society in the margins, about activities that constitute a small reminder of the continuous and dedicated work of women in the field of peace activism and peacebuilding education. For example, one of them is the book by the author Zilka Spahić Šiljak entitled Sjaj ljudskosti: životne priče mirotvorki u Bosni i Hercegovini (Shining Humanity: Life Stories of Women Peace Builders in Bosnia and Herzegovina) (2013), a book about 11 extraordinary women who did their best to promote a better life. However, they are surprised by the fact that their experience is viewed as a significant one and that it should be discussed. And this voice is completely different from the expected one, victorious, martial one. Z. Spahić Šiljak wrote: ''The women peace builders in this book are not perfect women. They can make mistakes and become afraid for a moment, just like anyone else, but what distinguishes these common women from other persons is the strength with which they get up and do something in order for someone else to be in a better position.'' It is important to stress this strength in particular, which actually results from vulnerability. The author of the book thus stresses how important it is to hear the voice of another women, because ''the topics of dialogue and reconciliation have not been accepted in Bosnia and Herzegovina yet and there are no efforts encouraging a public dialogue and culture of peace, which makes it difficult for those persons who are dedicated to these topics to engage themselves.''

These and other stories about loss, disappearance, leaving and victims create stories about creation, birth, new beginnings, life. Within such stories about daily obligations that are no longer marked by fear from destruction and physical danger, but rather economic and political uncertainty, there are female stories that are being woven again, which make us forget the dreariness of our daily efforts and obligations. They are there to make us remember that we should always look for a purpose and sense of life itself by facing another man/woman. The story about peace building is not a mere phrase, it is much more than that – it is honouring life rather than death. And it is not just any life, but rather a liveable life, as it is called by Judith Butler.

Milena Karapetrović is a philosopher and a feminist. She is the author of books U lavirintima bića. Ontološka rasprava (In the Labyrinth of Beings. An Ontological Debate) (2014), Čežnja za Evropom. Filozofske osnove ideje Evrope i evropskog identiteta (Longing for Europe. Philosophical Fundamentals of the Idea of Europe and European Identity) (2010) and Ona ima ime. O filozofiji i feminizmu (She Has a Name. About Philosophy and Feminism) (2007). She works at the Faculty of Philosophy of the University of Banja Luka.