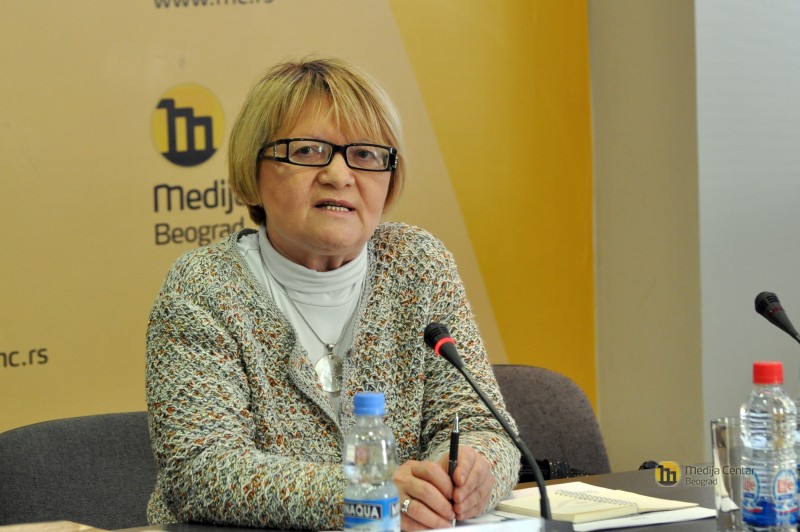 The attack on Srebrenica began on the 6th of July in 1995. It ended five days later when the Army of Republika Srpska entered the town, under the command of general Ratko Mladić. At the time Mladić stated that he is in “Serbian Srebrenica”, and that he is giving the town over to “the Serbian people”, that the “time has come to take revenge against the Turks”.

According to the accusations by the Hague Tribunal, until July 19th the soldiers under Mladić’s command viciously and brutally murdered 8372 Muslim men and boys, among which were women and children as well. Around 30 000 women and children were deported within two days. These are the facts about the genocide in Srebrenica, which can and must never be forgotten. Debating on the number of victims year after year, as well as the usual deniers who will claim over and over again that it was a terrible crime but not genocide. Neurotic reactions from Serbia, insults directed at the mothers of Srebrenica, have become an established scenario of all the usual deniers of this horrendous event.
On June 11th, at the graveyard of the Srebrenica Memorial Center - Potočari, the remains of 33 victims of the genocide committed 24 years ago will be laid to rest. According to the information published in the media, so far 6610 victims of genocide have been buried in the graveyard of the Srebrenica Memorial Center Potočari, while approximately 1000 are still being searched for.

The remains of the victims of genocide have been found in 150 locations, 70 of which were mass graves. The youngest victim buried in Potočari was a newborn, a little girl named Fatima Muhić, while the oldest was Šaha Izmirlić, born in 1901. This year, like all the years before, the Potočari flatland will overflow with green caskets and tears of inconsolable families, mourning and grieving for their loved ones. The genocide committed in Srebrenica on July 11th 1995 was the largest mass crime committed in Europe since the Holocaust in WWII.

This year, the participants of the Peace March will once again take the 240 km-long journey in memory of the victims of the Srebrenica genocide which took place in July 1995, and in honor of the citizens of that town in the Podrinje region of Bosnia and Herzegovina, who walked 100 km to find sanctuary in Tuzla. I must admit that after 24 years it’s still difficult for me to accept the facts about everything that occurred in Srebrenica in 1995.

I can’t help but recall the vicious general Ratko Mladić, wreaking death through Bosnia on that July 11th 1995. Even though he has been brought to justice, even though the Parliament of Serbia adopted a partial Declaration on Srebrenica, the question remains when will our society face the extent of the mass crime committed on July 11th 1995? Bringing to justice and dealing with the past in favor of European integrations is not the only thing that Serbia must do. It is necessary for the Serbian society as a whole to stop adopting stereotypical theories that “the other side” is to blame, thus placing itself in the position of the victim. The victims of genocide are right there in Potočari, and the Serbian society should peacefully and silently bow before them in humility. May they have rahmet. It is high time for the public here to realize that instead of defending war criminals, which is working great, our society must finally stop counting the victims and using them for its own daily political context. We all need a more decisive and direct distancing from the crimes in the region, so that the already established facts won’t lead to shallow estimations and arbitrary conclusions. The road to awakening the unaware is long and difficult, and our value system is still very much polluted, with xenophobia still dominating these places... and the victims of genocide are right there in Potočari. Instead of displaying images of chetnik iconography, we as a society should find the courage to mark July 11th remembering the victims of the Srebrenica genocide. Defending war criminals, which functions perfectly in Serbia, must come to an end, and the public here has to become interested in the processes of dealing with the past, because without its thorough reexamination we cannot move forward. There are too many traces of war, too much evil that surrounds us, it’s not possible to eliminate it all without admitting the truth about the past and without a sincere apology to the victims and their families.

The European Parliament has declared July 11th the Srebrenica Genocide Remembrance Day, and has proposed that the countries in the region observe it each year.

The Youth Initiative for Human Rights, the Women in Black, the Humanitarian Law Center, forumZFD as well as numerous NGOs will unite in memory of the victims of the genocide committed against the Muslim population. Encouraging the public to express solidarity and empathy won’t be lacking among those citizens who have refused to accept the war-mongering politics and the imposed culture of forgetting. Giving respect to the victims of genocide in Srebrenica will show that there are citizens in Serbia who forcefully oppose the denial and negation of those crimes. It is therefore necessary to explain the genesis of evil to our society, so that it may never happen again. What we have is the belief that the presence of images with chetnik iconography during the commemoration of the crime in Srebrenica won’t be the scenario of the 24th Srebrenica genocide commemoration. Our mutual goal must be lasting peace and confession of the crimes committed. Remembering Srebrenica must remain our lasting duty.

In the ruling of the International Court of Justice, Serbia was found guilty on two counts: not taking action to prevent the genocide in Srebrenica and not punishing, or extraditing those accused of committing this crime to The Hague Tribunal. Serbia was found responsible for the continuous violation of the Convention on the Prevention and Punishment of the Crime of Genocide from 1995 until today, because of refusing to hand over those accused of committing genocide under Ratko Mladić. The verdict of the International Court in the case “Bosnia and Herzegovina versus Serbia and Montenegro” is the heaviest conviction of a country in the court’s history.

The questions of our further relationship toward the past, the war crimes, the trials for war crimes, official as well as honest confessions for the period void of moral and humanity, remain open and it is our obligation to insist on the established facts as much as we can, so that the processes of dealing with the past might become a political imperative. Accepting the difficult truth and its causes is a painful and long process. If we don’t do it, we will remain living in the ruins of the past. Oblivion, negation and denial must not be a part of our value system. Let us try, then, to affirm certain basic values and thus create a better and more secure starting point for the future. We should remember, talk about Srebrenica, because this crime is embedded in our society. If we don’t talk about it, people will continue to commit crimes in various ways.

When a society is not aware of the crime committed, violence festers and that is the punishment for a “crime not understood”. These are the words that Borka Pavićević spoke a year ago at the European Parliament, to mark the opening of the exhibition by Dada Ruvić “Srebrenica 2009-2017”. This is why it is important to be direct and brave in naming and saying genocide.

By forgetting, negating and denying, the reoccurrence of the genocide which took place in Srebrenica will remain possible until we express the deepest respect for the victims, and humbly ask for forgiveness. We are talking about the truth, so that we as a society might reach catharsis and purification. The government in Serbia and all its political actors as well as the entire Serbian society must stop promoting war criminals. War criminals cannot be our heroes. The affirmation of war crimes and war criminals, in the way that the Serbian politics does it, remains a permanent threat of repeating what has already been done. War criminals cannot and must not be moral pillars of a society. Politics and culture of denial will do anything for us to remain accomplices of a bad past and keep us eternally stuck in its ruins.

The thought that I am still living surrounded by those who created and made criminal politics, that the truth about Srebrenica is still continually blurred in Serbia, is unsettling for me, but it doesn’t stop me from thinking about everything that happened during the war and seek ways in which I might contribute to ending the imposed culture of forgetting, negation and denial. Remembering Srebrenica will remain my lasting duty. Together with lonely and tireless fighters for human rights who are trying to shake the past off of endless forgetting, negating and denying, reminding our society that it is important to analyze the past in the deafening noise. Only with collective effort for the truth and justice about the Srebrenica genocide will we build lasting peace in our region and stop the recurrence of war horrors. In the noise of redundant words let us find those which will ease the lives of the victims and their families. We live in a time void of moral and humanity, infected by the virus of hatred, towards others, lacking empathy and solidarity, alienation and contempt. At such a time it is necessary to understand the true nature of the crime committed and without shallow morality, sincerely bow before the victims of the Srebrenica genocide.

Subtitle: “The citizens of Pančevo empathize with the families of the 8372 innocent civilian victims of Srebrenica”, this was the front page (“Pančevac”, weekly newspaper, established in 1869, issue 4253, July 11th 2008).

“The eyes of the buried will close together on the day of justice. Or they will never close.”
Miguel Asturias Guatemala

Activist and fighter for human rights, founder of the NGO Civil Action Pančevo, promoting the values of civil society, culture of peace, non-violence, defense of human and minority rights and the necessity of dealing with the war past.