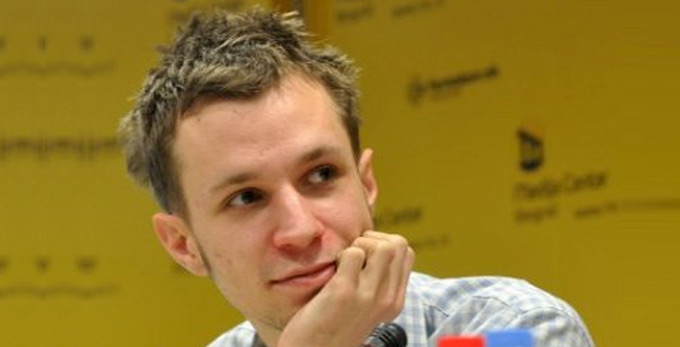 Monument-related practice in post-conflict societies and countries is an indispensable part of the analysis of the process of ''facing the past''. The policy of memorialisation makes it possible, to a certain degree, to determine up to what extent a certain society faced its own past and decided what will be part of the collective and public remembrance, and what will be marginalised and forgotten. Monuments and memorials almost always constitute an ex

Every country of the former Yugoslavia (or regions in them) has maintained a very nationalist-oriented, patriarchal and militant pattern of memorial and monument-related practices. A very brief analysis of such patterns makes it possible to conclude that even today, the ideologies that caused the war itself, are shaping the culture of remembrance in the post-Yugoslav countries and societies – and this is hardly surprising, given the fact that the 1990s political elites have literally not changed until today. War heroes, battles, even war criminals are celebrated and memorialised, whereas all other actors that actively participated in events surrounding the wars in the former Yugoslavia are marginalised. This primarily relates to anti-war activists and anti-war movements that are absent from the public remembrance of the post-Yugoslav countries and societies. Monuments that were built after the end of the war in the 1990s are also an inevitable part of the creation and strengthening of national identities of the largely ethnically ''clean'' countries and regions. The creation and strengthening of new national identities, however, is taking place at the same time as the process of erasing from remembrance everything that has to do with Yugoslavia and anti-fascist fight from World War II (including also physical destruction of monuments from the period of the socialist Yugoslavia).

Today, monuments and memorials that serve the pervasive narrative in Croatia about the ''purity of the War of Independence'' fully dominate in Croatia; monuments in this country (except for two or three exceptions that commemorate Serb victims during and after the operation ''Storm'') depict exclusively the narrative of the purity of the Croatian fight for independence from Serb aggression, and they include state and religious elements. Monuments to victims of Serb ethnicity are an exception to the rule. In Kosovo, monuments devoted to fighters of the Kosovo Liberation Army are ''blooming'', whereas memorial and monument-related practice in Kosovo fully disregards the peace resistance to the politics of segregation and repression of the Albanian population of Kosovo in the 1990s. A consequence of such practices is that many young people that were children or were born after the war in Kosovo have no idea at all about ''parallel systems'' of education or health, which Kosovo Albanians established in the 1990s in order to defend themselves from the systematic and structural violence of the Serbian state back then. In Bosnia and Herzegovina, it certainly depends on which ''ethnic part'' of the country one is talking about – the monument-related practice suits political elites of the three constitutional peoples attempting to maintain their own narrative about the war in this country. Serbia, in its own confusion about its ''non-involvement'' in the wars, is slowly starting to build a very strong victimisation narrative about the 1999 NATO intervention, presenting it as an ''excess'' – an event that has nothing to do with the war in Kosovo. Any other attempt at memorialisation in Serbia regarding other wars in the former Yugoslavia only depicts the schizophrenic attitude of the state towards these wars, where the impossibility to name the war is particularly stressed. Certain memorial and monument-related practices even show, in a bizarre way, to what extent they are determined by the nationalist ideology and one-sided interpretation of a war by a certain nation or ethnic group. Many examples in Republika Srpska prove to what extent the political elite of this entity of Bosnia and Herzegovina refuses to include non-Serb citizens in memorialisation processes. One of such examples is the monument to fallen soldiers of the Army of Republika Srpska, built on the site of the former concentration camp Trnopolje near Prijedor, where thousand civilians from Prijedor and its surroundings were detained, primarily Bosniaks and Croats. Except for monuments to soldiers of the Army of Republika Srpska, there is absolutely nothing in this location that would allude to the existence of a concentration camp, which, together with the other two Prijedor concentration camps – Omarska and Keraterm – was one of the main reasons for the establishment of the International Criminal Tribunal for the Former Yugoslavia in The Hague. Similarly, only several dozen metres from the site in which dozens of Bosniak civilians were burned alive in Višegrad in 1992, there are monuments to Serbian saints and kings, and many streets are named after various military units of the Army of Republika Srpska. There is almost nothing in this city that would enable a visitor to see what atrocities happened there only 25 years ago.

However, there are groups and individuals, civil society organisations, which vehemently oppose such memorial and monument-related practices and which are ''breaking the silence'' through their activism, bringing up taboo topics in their societies and countries and are participating in the process of alternative production of knowledge about the 1990s – the knowledge that is actually prohibited, marginalised and ostracised from public speech and space. I believe that such a type of activism is actually a process of construction of monuments, some sort of non-physical memorial, some sort of activism that actually includes all characteristics of a monument and memorial (except for the physical object as the material representation of a certain event from the past), which makes it political subjectivism of citizens in whose name the activism is implemented and which ''brings to the surface'' what the dominant narratives are continuously trying to suppress.

I would like to give a few examples of this type of activism. Every July 10, ''Women in Black'' commemorate the genocide in Srebrenica together with other activists; every May 31, numerous organisations and individuals participate in the ''White Band Day'' in Prijedor, which commemorates the beginning of brutal ethnic cleansing of this city from non-Serb population; the commemoration at Omarska mine, the location of the most infamous concentration camp from the last war, where hundreds of persons were killed, whereas this location is in no way marked. These are only some of the examples of activism in case of which an attempt is made to fight nationalised and ethnically defined memorial and monument-related practices in the former Yugoslavia. Such type of activism functions as a memorial and ''social sculpture – monument''. During these commemorations, the Square of the Republic in Belgrade or Omarska mine are transformed into a monument to victims of genocide in Srebrenica or victims of the concentration camp near Prijedor for a few hours. Such commemoration activism is invaluable in the context of the mentioned memorial and monument-related practices focused only on one's ''own victims''. It is thus important that all citizens of post-Yugoslav societies dedicated to peace, solidarity and principles of political responsibility support this type of activism; they serve as an alternative to the practice of ethnicisation of collective memory, they are infiltrating public space by producing knowledge that is marginalised and perform the function that monuments and memorials in post-Yugoslav countries should actually have – to serve the purpose of reconciliation, solidarity and creation of communities that are not determined by ethnicity. True reconciliation in post-Yugoslav countries cannot be achieved through the current monument policy – however, until it becomes possible to physically mark places of suffering and war crimes, commemorative activism that fights the dominant narratives about the wars in the 1990s should be understood as a process of building monuments and memorials, whose ''physical materialisation'' has to happen if we aim at true reconciliation and ''facing the past''.

The author of the blog is
Srđan Hercigonja