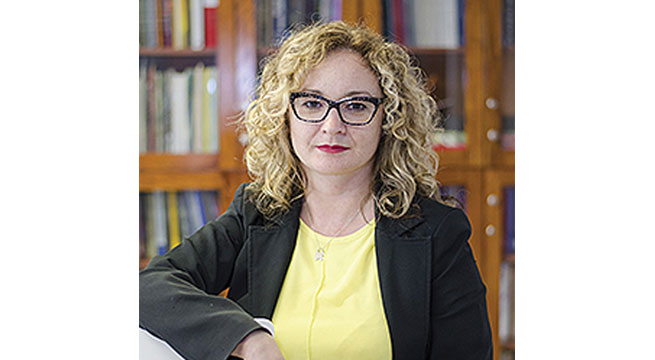 The war in Kosovo started at the beginning of 1998 as the bloody end of a long political crisis in Kosovo, which paralysed the life in the former southern Serbian province, especially following the rise of Slobodan Milošević to power at the end of 1980s.

After several unsuccessful diplomatic initiatives of the international community to end the conflict between the Serbian forces (Ministry of Internal Affairs of Serbia and the Armed Forces of Yugoslavia) and the Liberation Army of Kosovo by diplomatic means, the NATO initiated a military intervention against the Federal Republic of Yugoslavia in March 1999.

The bombardment lasted until June 1999, when the Kumanovo Agreement was signed between the Federal Republic of Yugoslavia and the NATO, which provided for the establishment of an international peace-keeping mission in Kosovo and full withdrawal of the Serbian police and military from Kosovo. By June 1999, the armed conflict in Kosovo was followed by mass war crimes against Albanian civilians, whereas reprisals against the local non-Albanian population largely followed after the withdrawal of Serbian forces, although crimes were committed also in 1998 and 1999.

More than 13,500 persons were killed in Kosovo. More than 10,000 of them were Albanians, more than 2,000 were Serbs, and more than 500 Roma, Bosniaks, Montenegrins and other non-Albanians were killed, died or went missing.[1]

On March 24, 2018, Serbia will mark the 19th anniversary of the beginning of NATO bombing. This year, just as in the years before, a series of events are expected, during which the representatives of institutions of the Republic of Serbia will remind both the citizens of Serbia and the international community of the suffering that Serbia faced in spring of 1999.

In front of the railway bridge in Grdelička Canyon, where a monument containing the names of the persons killed was built, Aleksandar Vučić, (former) Prime Minister of Serbia, repeated what he and his predecessors have been saying for years – he condemned the NATO aggression against a sovereign state, described it as ‘one of the most brutal aggressions in the modern history of warfare and history of human civilisation’ and a ‘terrible crusade of the largest military alliance in the history of mankind’, mentioned that 19 countries ‘felt the need to demonstrate that they were stronger, richer and better armed than their small country, their Serbia’, by firing ‘more than 50,000 of projectiles, almost a projectile per square kilometre’, and ‘three kg bombs per every one of them’, that ‘more than 1,150 planes were used for that’, which performed more than 30,000 raids’ and that they spent as many funds as are ‘sufficient to feed 80 million persons’ according to the calculation of the NATO, which caused damages between ’30 and 100 billion dollars for Serbia’. Vučić also repeated that during the bombing of Serbia, more than 2,000 civilians and around 1,000 soldiers and police officers were killed, and that the total number of children among the victims amounted to 79.[2]

For Serbia, the three-month NATO bombing from March to June 1999 takes a special place when it comes to remembering wars from the past decade of the 20th century for several reasons. First of all, this is the only armed conflict in which Serbia admits that it was involved in, as opposed to the wars in Croatia and Bosnia and Herzegovina, in case of which the state refuses to admit formal involvement. Secondly, there is continuous insistence on advantages of the party that Serbia entered into conflict with, so that the conflict is presented as the conflict between David and Goliath – advantages such as the richness, manpower and arms of NATO member states are being mentioned and compared to Serbia and it is insisted on the fact that it was attacked by the strongest military power back then. And, what is perhaps the most relevant argument, is the fact that this is a conflict that took place on the territory of Serbia and the first in which Serbia directly suffered heavy losses, primarily in human lives and material damage.

Over the past 19 years, Serbia has thoroughly maintained the cult of the only victim of this conflict. From year to year, representatives of institutions, intellectuals, activists and the media have carefully chosen their sources for their (mostly wrong) interpretation of facts, have been counting planes, their raids, kilos of bombs they dropped per inhabitant and projectiles per square metre. The media mention the number of schools, kindergartens, hospitals and bridges,[3] consulting health workers, who are using insufficiently reliable and difficult to access research in a selective manner or even abusing it, cause panic about alleged use of chemical weapons and irresponsibly claim that a nuclear war was waged against Serbia,[4] while war criminals compare the intensity of bombing of Serbia with the destruction caused by atomic bombs in Hiroshima and Nagasaki.[5] Even after almost 20 years, the damage caused is assessed by means of a vague method, so that President Vučić allows himself to say that estimates vary between 30 and 100 billion dollars, which sufficiently demonstrates the lack of seriousness of such estimates.

Serbia applies an equally irresponsible approach when mentioning victims – government representatives speak about estimates of around 3,000 killed persons – 2,000 civilians and 1,000 soldiers and policemen[6], whereas the estimates published by some of the media even go up to 4,000[7]. Names of victims are mentioned in exceptional cases and only if these are well-known NATO raids – the public knows the names of victims that were killed in the bombing of the building of the Radio and Television Broadcasting Service of Serbia, Milica Rakić, the three-year old girl that was killed in Batajnica, or Sanja Milenković (16), who was killed in the bombing of Varvarin.

The public in Serbia mostly does not know the names of other victims, so that they are not remembered, given the fact that there is no way to do so. Albanian victims killed during NATO bombing, just as those victims that were killed by the Serbian forces in the same period, absolutely do not exist for Serbia.

For almost 20 years, the state of Serbia has been avoiding to compile an official list with individual names of persons killed during NATO bombing. Instead of the state, such a list was compiled by the Humanitarian Law Centre, an NGO that, for more than a decade, has been working on research and documentation of persons that died, were killed and disappeared in the wars in the former Yugoslavia and circumstances under which these persons lost their lives. According to the data of the Humanitarian Law Centre, during the bombing of the Federal Republic of Yugoslavia, a total of 754 persons lost their lives. Most of them were Serbs and Montenegrins – 464.207 civilians, 20 policemen and 237 soldiers. Also, 246 Albanians were killed, 219 of them were civilians, 1 policeman and 26 soldiers. 16 Roma and Ashkali were also killed, 14 of them were civilians and 2 soldiers. In addition to this, 28 persons of different ethnic origin were also killed – 14 civilians and 14 soldiers. 100 children under 18 years of age were also killed during the bombing – 65 children were Albanians, 25 were Serbs and Montenegrins and 10 children were of a different ethnic origin.[8] This list contains no estimates, the victims are stated with their name and last name, including the dates of their birth and death, place where they were killed, nationality and status (military/civilian).

Nineteen years have passed since the end of NATO bombing. Although government representatives frequently and gladly state their willingness to reconcile with their neighbours, especially when this is a pre-requisite for getting scores in the eyes of the international community, the steps Serbia takes or fails to take clearly indicate that Serbia is not only successfully refusing to face the results of crimes committed by the Serbian forces during the wars in the former Yugoslavia, but it is also refusing to acknowledge the suffering of its victims by establishing facts about their suffering.

Instead, Serbia continues to manipulate facts out of context, insisting on the narrative of aggression without any reason, which it suddenly became victim of and wars that happened to it like natural disasters rather than carefully planned endeavours, in which whole generations participate voluntarily or involuntarily, it continues to count planes, bombs and projectiles that destroyed hospitals, schools and bridges, but also to give estimates of lost human lives, and such estimates vary between hundreds and thousands, to establish expert committees consisting of experts with various profiles with the intention to 'analyse previous analyses' and 'mathematically prove'[9] facts about crimes, to live in carefully constructed myths of its own suffering and it continues to humiliate its victims by lying about their number and avoiding to remember them under their names and last names. The reason for all of this is to be able to continue manipulating their numbers. Serbia is thus not only no leader in the process of reconciliation in the region, but it also continues bringing up another generation for suffering, which will occur suddenly and catch it fully off guard.

Marijana Toma is a human rights activist, historian and transitional justice and facing the past expert from Belgrade.

[2] Vranjska plus TV, speech of the Prime Minister of Serbia, Aleksandar Vučić, during the marking of the 18th anniversary of NATO bombing in front of the railway bridge in Grdelica. Vranjska plus TV, broadcast on March 24, 2017, https://www.youtube.com/watch?v=zfzpmUK1UtY. Accessed on: March 12, 2018.