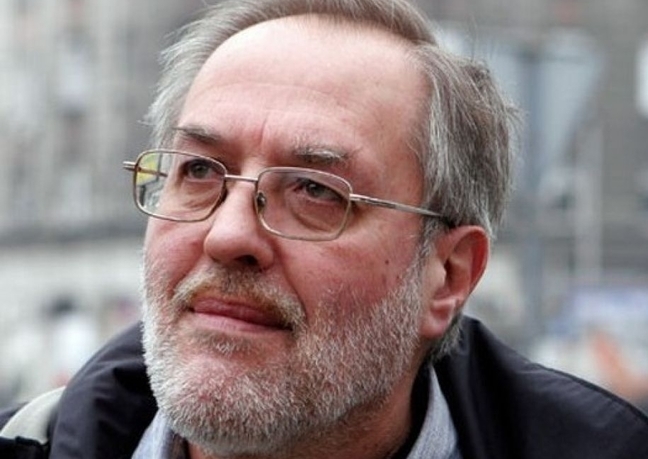 It was rightly said: the siege and fall of Vukovar represent the final act in Yugoslavia’s death. Final because Yugoslavia was already sentenced to death in 1972 at the latest, when the bearers of the neoconservative (structurally neostalinist) turn triumphed, and the consequences could be seen in the complete removal of sense or meaning from the dominant proclamations and slogans (socialist self-management, brotherhood and unity, etc). The vacant spot in the communist and socialist ideas was taken over by an apparition called Nation – rendering the break up inevitable, which was revealed in the so-called anti-bureaucratic revolution, the introduction to the realization of the bloody scenario to which, sadly, the tragedy of Vukovar was not the culmination, because similar events ended up repeating for years in Croatia, then in Bosnia and Herzegovina, and finally in Kosovo.

The fall of Vukovar, where the Communist Party of Yugoslavia was once formed, also represents – symbolically – the utter defeat of the Bolshevik project, and not just in the sense of the country that died there, but globally as well; what remained of that project after the fall of the Berlin Wall and the fall of Vukovar (China, North Korea) preserved only the totalitarian structure of state and society from the original project.

The crimes committed during the siege and fall (“liberation”, as the Serbian radicals and national-socialists would say) of Vukovar were precursors to the series of atrocities carried out across the former federation. Crimes were committed by all the conflicted parties, but – it must be said – not to an equal degree. If we would remain true to the idea that everyone killed, raped and looted, we would open the doors to the relativization of crimes and establishing a climate of an overall lack of responsibility. In that sense, when it comes to Vukovar, we can often hear the topic of Jasenovac brought up, but also the crimes committed during Operation Storm (“And what about what they did to us?”), which actually represents a sort of amnesty for “our” criminals, and, in the end, even the identification of a whole nation with criminals and evildoers among their ranks, but also – and this is even more devastating – the acceptance and justification for all crimes committed in its name – of course, without admitting responsibility or fault for any atrocity. In the end this results in the interpretation according to which some boy from Futog (or Veternik) killed a crab in Vukobar, which had previously pinched him, and an entire nation was accused of genocide. The current status of the Vukovar butcher Veselin Šljivančanin in Serbia (and he isn’t the only one of his kind) confirms that this inappropriate joke about the killing of a crab has lived on as a basis for a perverse dealing with the past.

What ought to be said is this: a society that cannot or will not deal with the dark parts of its past and distance itself from war criminals among their own ranks – has no future! Is there a cure? There is! All those who once threw flowers on the tanks of the YNA, many of them naively believing that those tanks will save Yugoslavia (or socialism, or both), still have a chance to feel ashamed, because shame is the first step towards self-cleansing, without which there is no getting out of the muck of dishonor.

Vukovar deserves piety, not just for the victims but for all those who were in any way involved in what happened there that gloomy autumn of 1991. All other places of mass suffering deserve piety. All those who committed atrocities deserve moral (if not every other kind of) condemnation – as well as all those who stood by and watched what was happening. The latter is about self-condemnation, which is a necessary part of the above-mentioned self-cleansing. Brave deserters from Kruševac, Valjevo, Gornji Milanovac, Aranđelovac, Kragujevac, Senta and other cities made that step in 1991 by refusing to fight in a war for someone else’s interests. Here we must mention Miroslav Milenković, the forgotten hero of the Vukovar epic: as a mobilized reservist at a cattle market in Šid he was faced with a choice between a row of "traitors" who refused to go to the Vukovar battlefield and a row of "patriots" who accepted the invitation to go to Vukovar. Miroslav Milenković proved his patriotism and his humanity by taking his own life. Once there are streets in Serbia carrying his name, it will be a sure sign that the country has a future.

We should be careful not to fall into the trap of the victimist approach to crimes. Such an approach opens a path to the instrumentalization of suffering in order to achieve national homogenization, which as a rule is based on the mythologizing of one's own ethnic group and the principle leads to the establishment of authoritarian (ultimately totalitarian) patterns of structuring the state and society. As a rule, such homogenization was marked by the Francoist reconciliation of all elements of the national body, primarily the members of the Quisling formations from World War II and their followers in the wars of the 1990s. And nations that undergo this type of homogenization have no future: they are doomed to extinction.

When it comes to the specific case of the Vukovar tragedy, Boris Dežulović recently – by all means inappropriately worded (but there are people who only understand vulgarities) – pointed out the abuse of the commemoration of Vukovar for the purpose of establishing and authoritarian atmosphere. Reactions to this provocation (ranging from extremist condemnations to reasonable judgments such as those given by Bojan Glavašević and Boris Pavelić, among others) point to a deep division of the Croatian public, but also offer indications of the possibility of overcoming the victimist-instrumentalist approach to the recent past. And overcoming that would open a perspective of the future for Croatia (instead of the current dying out, which is perhaps most clearly visible in Vukovar).

Let’s repeat that again and emphasize: the Vukovar victim deserves piety! But that piety cannot be followed by calling the man who killed captured and unarmed Serbian soldiers at the Karlovac bridge a hero that young generations of Croatian youth should look up to. Which is exactly being done by some false patriots who use the Vukovar tragedy for their own schemes, which in the end comes down to the legalization (as a rule: of someone else’s) fortune acquired during the war and post-war plunder. If they prevail – Croatia has no future!

Lino Veljak (Rijeka, 1950) was a professor at the Faculty of Philosophy in Zagreb until 2020. He has published over 500 papers in the field of philosophy and social theory and authored and edited around twenty books (recent books he’s written: Introduction to Ontology, Breza, Zagreb 2019 and Challenges of Our Time, HFD, Zagreb 2020). Between 1990 and 2000, he was active in Croatian political life as a radical opponent of the HDZ, and in civil society in the region as a prominent anti-war activist.