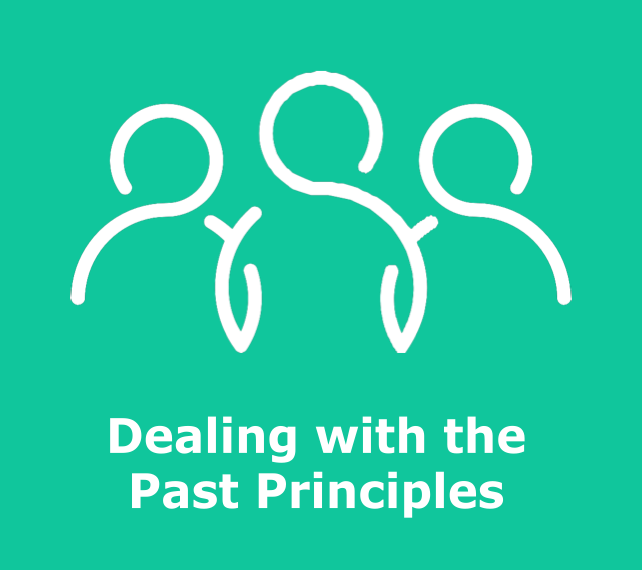 Author: Konsortium Dealing with the Past Kosovo

Civic Society Consortium promoting “Dealing with the Past” Principles in Kosovo

The Dealing with the Past Principles is a civic initiative promoted by a group of practitioners and civil society organizations in the field of Dealing with the Past (DwP) that consists of 5 organizations and one expert: Humanitarian Law Center Kosovo, KRCT - Kosova Rehabilitation Centre for Torture Victims, Integra, Youth Initiative for Human Rights - Kosovo (YIHR KS), BIRN Kosova and Nora Ahmetaj. Since 2020 the group has embarked on a joint initiative to chart and endorse a set of principles that will inform and guide political and public actors on how to engage with victims, survivors, painful pasts, and historical narratives.

This initiative aims to establish and acknowledge the truth about war-related human rights violations, to prevent the glorification of people convicted of war crimes, to gain an accurate understanding of what has happened in the past, and to treat victims with respect and dignity as well as support their reintegration into society. The document consists of ten key principles, such as:

Since its establishment this initiative has produced several case studies. A case study on the March 2004 Riots focuses on the DwP principle that hate speech must be opposed at every level. This case-study can be downloaded here. A case study based on the eight principle: “Public Discourse on Dealing with the Past (DwP) should be evidence-based” can be downloaded here and a case study exploring the fourth principle: “Equality, Inclusion, and Reconciliation Should Be Promoted By All” is available here.

The informal coalition for the Dealing with the Past Principles promoted this document to the general public through three street actions in Prishtina, Prizren, and Ferizaj. Aware of the harmful and negative impact of false news, harmful rhetoric and other acts in public discourse by politicians and other state actors on victims, survivors, and the entire process of dealing with the past in Kosovo, these street actions were organized to invite all citizens to take part and be better informed on the principles in order to prevent the dominance of one-sided narratives and offer the victims and survivors the respect and justice they deserve.

Currently, candidates for mayors for different municipalities from all over Kosovo, during the electoral debates at Kallxo.com are taking their time to express their support for the Dealing with the Past Principles.

With the support of the Embassy of Switzerland in Kosovo and the British Embassy in Kosovo through UNDP, this initiative continues to call on public and political actors to be informed as much as possible about the 10 principles, and to rely on this document during their work to be guided on how to treat victims, survivors and dealing with the past topics in general.

The DwP Principles aim to prevent harmful discourse and actions related to the legacy of the conflict and will serve as a reference document to which anyone violating its principles will be held morally accountable.