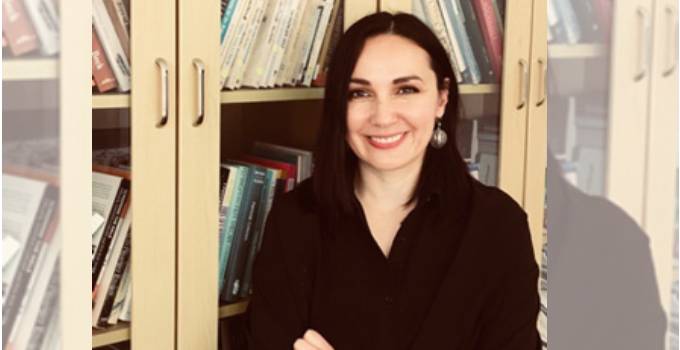 “Data: Mars, Women’s Forgotten Activism — Kosovo, March 1998” was on display for the audience from 30 August to 30 September 2018.  The exhibition was a collective curatorial effort, created by conversations around kitchen tables and at restaurants in Prishtina, while combing through my doctoral research and archives. The exhibition went to the National Gallery of Kosova under the curatorial work of artists Majlinda Hoxha and Nurhan Qehaja, researchers Linda Gusia and Korab Krasniqi, and sound engineer Dritero Nikqi. Countless of other friends: Nita Luci, Lirika Demiri, Jeta Rexha, Eliza Hoxha, Nita Zeqiri, Eremire Krasniqi, to name but a few, advised, helped, and shared their stories, memories, photos and ideas on how to create an exhibition that resumes more inclusive conversations. 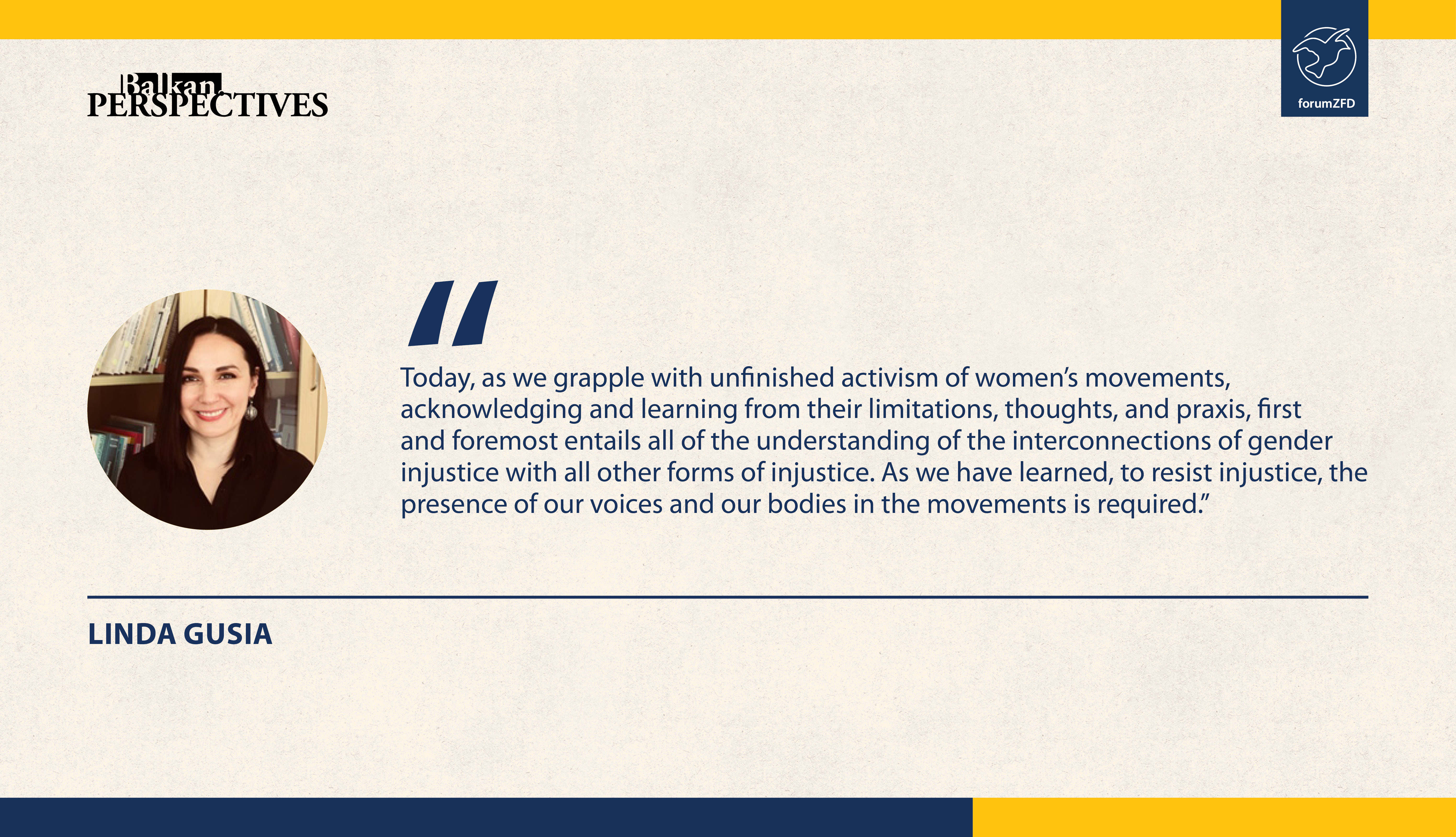 Seeking to create a probing exhibition that invites visitors to share their experiences, recollections, and impressions, we were mindful of how the reciprocal dialogue transforms our understanding of past. We set to collect inspired responses, recollections, and impressions at the opening of the exhibition through informal conversations at and documented some conversation and encounters. #datamarch set to capture aspects of the exhibition and any other material or recollection that participants and visitors desired to share. The exhibition also contained a stash stack of 5,000 white paper sheets, nearly the number of women who were presented at the protest “Call for Peace” organized on 1 March 1998. The white paper sheets and pencils were set aside on a bench, inviting people to write, draw and reflect. On the background we played the rustling of those white paper sheets, accompanying enlarged and framed photos of one of the most symbolic protests of that time.

The exhibition was anchored to the protests as a more visible form of activism, zooming in at a specific time - March 1998, when the women’s movement organised 13 protests in the streets of Prishtina. By documenting and featuring the women’s political activism, this exhibition excavated and unraveled archives, making visible the ways in which women have outlined public spaces and have manifested their political subjectivity of the given time. By highlighting the articulations and the symbolics that permeated these protests, the exhibition was constructed as an open invitation towards research and interaction with personal and collective documentation, narratives, and experiences.

The exhibition featured the four largest protests organized by women: the ‘It’s 12 o’clock for Kosovo — Call for Peace’, a protest held with candles in what is now Mother Theresa square, the famed ‘Bread for Drenica’ march, and the ‘Peaceful Divorce’.

Large prints of archive materials on the walls created a refined tension in the room, careful to capture the feeling of being part of those protests. The sound served as the glue and set the tone of the exhibition about what were mostly silent protests, which often ended with muted acclamation of the word “Lavdi!” [Glory!]. The rustling sounds of paper sheets blowing in the air could be heard through the exhibition room - familiar only to those who had participated in that protest. Archive videos were played on an old TV and VHR set, echoing not only the nostalgic colours and quality of the video, but also the fragmented nature of what is recorded, which goes on in a continuous loop (this is seen especially in the video of the famed march ‘Bread for Drenica’).  On the other side of the room, red tape stretched across the centre of one of the walls, amplifying the image of women holding the bread loaves up in the air during a march. The wall with the red tape offered a reminder of both the police cordons stopping women from passing through, and the ribbons that protest organizers put around their arms to self-identify, keep the protest peaceful, and mark the line of crowds of protestors. On the centre stage of the exhibition, visitors could sit side by side and listen to fragments of interviews from protest participants and organizers, done in collaboration with Oral History Kosovo. These interviews presented different experiences of the same protest, offering different positions and viewpoints from the movement leaders and women protesters: Albertina Binaku, Edita Tahiri, Eliza Hoxha, Flora Brovina, Lendita Cena, and Vjosa Dobruna.

Curating a display with archive material, photography, video, and sound to create a platform for the collective narrative of those protests and for intergenerational encounters of women activists was the starting ground for that exhibition. The intention was to make portray the complexities and contradictions of organizing a women’s movement form a place of violence. Today, as we grapple with unfinished activism of women’s movements, acknowledging and learning from their limitations, thoughts, and praxis, first and foremost entails all of the understanding of the interconnections of gender injustice with all other forms of injustice. As we have learned, to resist injustice, the presence of our voices and our bodies in the movements is required.

Linda Gusia is a sociologist and feminist scholar, lecturing at the University of Prishtina. Her research has focused on topics of gender, feminism, activism, space, memory, and violence. She co-founded the University Program for Gender Studies and Research, UP. She is currently researching and working in: “The Making of the Museum of Education: Memory, violence Violence and resistance Resistance as seen Seen by artistsArtists, youth Youth and institutionsInstitutions”., she She is also a Co-Investigator in ReSpace. Reanimating Contested Spaces (ReSpace): Designing Participatory Civic Education for and with Young People in Kosovo and Rwanda. This is a Phase 2 Large Grant project that investigates how concepts of space, through arts-based participatory methods, can engage the 'post-memory' generation in Rwanda and Kosovo to reimagine specific sites.