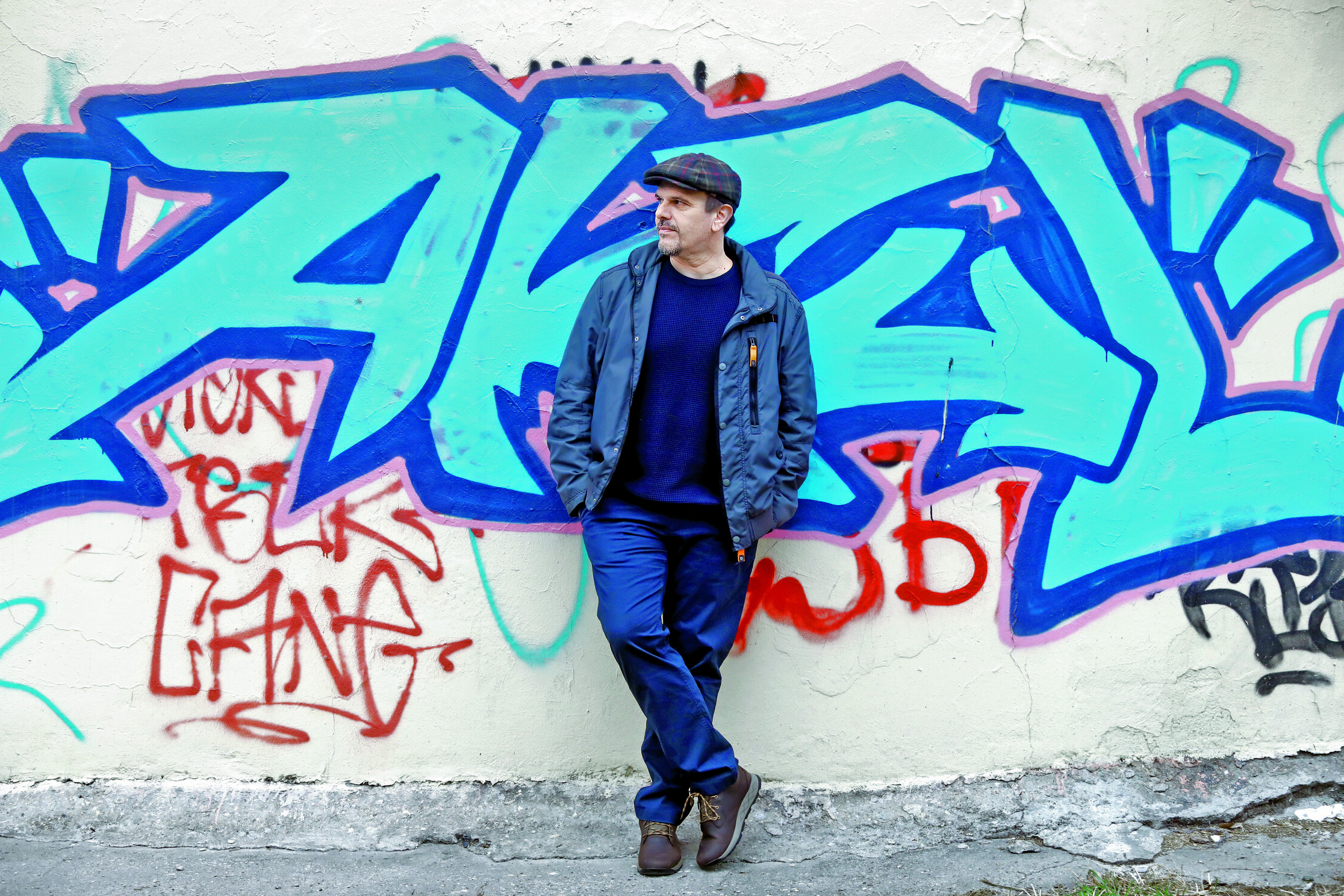 "The concentration camp is imaginable only and exclusively as literature, never as reality.

(Not even--or rather, least of all--when we have directly experienced it.)"

Certain policies have not been defeated, not even after the collapse of their primary ideologues and leaders, as it was in the case of Slobodan Milošević’s fall in Serbia. Those policies continued to be pursued in various segments of social life, whether concerning the aspects of the current politics, such as the treatment of Kosovo through the institutions of the Government, or via the cultural policy which, under the leadership of the former Minister of Culture, Vladan Vukosavljević, acquired its binding guidelines and documents, thus regulating the field of cultural production conforming to the policy of ethnic identity and primarily aimed at literature and film. Those in the know will remember the process of adopting the Cultural Development Strategy of the Republic of Serbia 2020 to 2029, a programme document which, along with the Action Plan was, after several years of feigning public debate, adopted by the Parliament in February 2020. On this occasion, Minister Vukosavljević stated that this “strategy will define the Serbian cultural nucleus and Serbian cultural space which surpasses the territory of the Republic of Serbia to also include the regions in which the Serbian people have left the traces of their tangible as well as intangible cultural heritage effectively meaning that Serbian cultural space overlaps with other spaces”. Likewise, on the very first few pages of this document, the ideological and identity-oriented bases of the cultural production, which will be institutionally supported by the Ministry of Culture, are clearly indicated. To this end, the "dimensions of Serbian culture" were specifically defined and are assumed to be recognised as watertight in everything that constitutes a "Serbian cultural product". Jasenovac as a space, place of national suffering, imperative of memory, important historical landmark in nurturing the Serbian identity, represents one of the bedrocks of Vukosavljević’s and now also the state’s cultural strategy.

The film of Predrag Antonijević’s, Dara from Jasenovac (2020), was actually made as the first product of the state-programming of culture. In a way, it represents the film adaptation of the nationalist imagination of a Minister and his close associates on the subject matter of martyrology without which the national identity is inconceivable. This is corroborated by the passionate support of the cultural institutions of the Republic of Serbia and Republika Srpska, as well as the professional associations and the media outlets such as the RTS, i.e. its culture desk. What is new compared to the period of Milošević or the Eighties, when national martyrological topics were given their privileged status, is the fact that this concept of culture was almost unanimously accepted in the years when the Strategy was being prepared and offered for public debate. It was institutionally supported as the first such document in the country’s history, and extra-institutionally, in the non-governmental sector, as a document of no significance and as such uninteresting for any debate or public criticism. Therefore, Dara from Jasenovac should be seen as an ex

With his film, Antonijević has completely met the demands of Vukosavljević’s Strategy. Based on the screenplay of Nataša Drakulić, for which she was decorated with the Order of Karađorđe's Star, 3rd class, he created a film about Jasenovac tailored to the political elite that invested huge funds towards the realisation of this film project. President Aleksandar Vučić stated that he himself initiated this project: “I am proud of it. If we made some mistakes, we will be judged by the citizens of Serbia.” He also said that he was unable to see it “from an artistic perspective”, while the creators of the film were obviously also unable to do so themselves. All those living within the nationalist concept of propaganda - consistently pushing the theories of Tito’s silence on the killing of Serbs in Jasenovac and his failure to visit the place of suffering, as well as the systemic preventing of any artistic covering of these historical events - got what they wanted: a nationalist horror film. And yet, this horror is unsustainable even in the genre because it fails to conform to any of its rules due to unimaginable hypertrophy of the scary effects, leading to the creation of one of the kitschiest films in the contemporary film production. Sadly, due to state propaganda “wrapped” into an hour and a half of film tape, Jasenovac as the topic of war atrocities became a cheap consumerist commodity for everyday political use.

Writing about his experience at Auschwitz and its representation on film, the Hungarian Nobel laureate Imre Kertész juxtaposed two films - Steven Spielberg’s Schindler's List and Roberto Benigni’s La vita è bella, judging the former as kitsch and the latter as a work of art which, through its authentic spirit of the game, better represented the reality of the camp. Perhaps Predrag Antonijević, too, had he followed his own artistic intuition, would have decided on a totally different approach and screenplay. Possibly, but then it would not be a state product anymore, the product which, in a way, tried to support the war of numbers of victims in Jasenovac, the subject of fierce dispute in the official memory politics for decades. The unscrupulous gesture of the former Minister Vukosavljević - the withdrawal of Ivo Goldstein’s book Jasenovac from the state’s public procurement for 2020 - supports this state propaganda activity. “Goldstein claims that, despite there being a list stating the names and surnames of the victims, in Jasenovac the total number was about 100,000. He will have to try harder to prove his claims if he wants this state, I repeat, to put its stamp on the purchase and circulate it to its libraries”, the then Minister of Culture said on the occasion. This is why Predrag Antonijević did his absolute best to support the numbers of the official Serbian historiography that states that the number of victims was at least ten times larger. At this point, he overstepped that boundary and transformed his work into kitsch, where it was necessary that in almost every frame somebody had to be gruesomely murdered in order to reach “the necessary pace of killing”. Due to these effects, Antonijević lost his film, but Vučić and his political and cultural elite gained a pamphlet for mobilising the masses. Indeed, a more serious sociological survey of the viewers' frames of mind after the television premiere of Dara from Jasenovac, could show the level of how seriously mobilised the viewers/citizens are for "our cause/truth". Such an effect is good for the politics being led here, but it is disastrous for film as an art form, as well as for Jasenovac itself, of course. Following the premiere of this film, a lot of critical texts have been written. Some even disputed the authenticity of the screenplay. Let us be clear, not even the best director in the world could  have made a good film about Jasenovac based on such a script. This space, at least for the Serbian cinematography, remains in the state’s propaganda zone, thus disabling any attempt of an artistically relevant approach. Anybody who tries to do that in a film, as it is hopefully clear now, will have to deal with the state, the Ministries, Film Center, and even the President who considers Jasenovac his pet subject, i.e. politics. In this particular zone, the memory politics of the ruling party meets with the similar politics of the right-wing opposition of Serbia. With Jasenovac most certainly being one of those state-controlled mnemo-motor checkpoints.

Still, it is possible to make good films about Jasenovac, but also to write well about it. This is above all evident in the excellent film The Diary of Diana Budisavljević, by the Croatian director Dana Budisavljević who invested almost ten years of work in it, carefully combining documenting with fiction, following one storyline of the complex and terrifying subject of Jasenovac. On the other hand, out of all current critical and literary texts on the subject of Jasenovac, Predrag Antonijević’s film included, I would like to single out the extraordinary text by the director and writer Arsenije Jovanović "Charles Darwin's Parasitic Orchids", which achieved an incredible effect: it indicated the level of state parasitism in the case of Dara from Jasenovac, while at the same time commemorated the time and place in which, for him, Jasenovac continues to exist. When it comes to film and literature, outside the control zones of the state, one could say that Jasenovac primarily belongs to such authors who are, as Kertész said, trying to fight the ghosts of concentration camps.

Saša Ilić was born in Jagodina in 1972. He graduated from the Faculty of Philology, Belgrade. He has published three story collections: Predosećanje građanskog rata (Anticipation of Civil War) (2000), Dušanovac. Pošta (Dušanovac. Post Office) (2015), Lov na ježeve (Hedgehog Hunting) (2015), and three novels: Berlinsko okno (Berlin Shaft) (2005), Pad Kolumbije (The Fall of Columbia)(2010), and Pas i kontrabas (The Dog and the Double Bass) (2019) for which he received the NIN award. He is one of the founders and the editor of the literary feuilleton Beton in the Danas daily since its foundation in 2006 until October 2013. In December of the same year, along with Alida Bremer, he founded Beton International, a periodical feuilleton in German in the Tageszeitung and Frankfurter Rundschau. He is one of the editors of the International Literary Festival POLIP in Prishtina. He is a permanent associate of Peščanik. His prose has been translated into Albanian, French, Macedonian, and German.