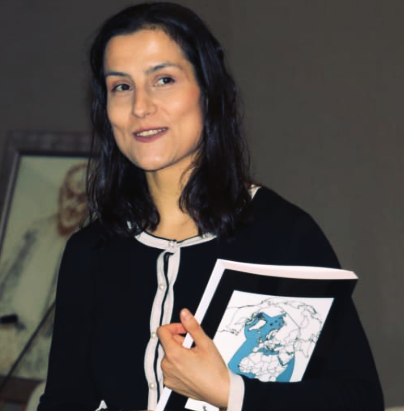 The ICTY Conditionality and North Macedonia’s Compliance with It

As Europe established regional organizations to enforce standards of democracy, human rights, and the rule of law, the expectations were that mass atrocities akin to those that happened in WWII would not be repeated on the European continent. Yet, 40 years after WWII, Europe was again struck by the mass violence, this time in the former Yugoslavia. Europe was unprepared to deal with this violence in a timely manner. Amidst the chaos of it all, the international community established the ad hoc International Criminal Tribunal for the former Yugoslavia (ICTY). It was an effort to empower deterrence by sending notice to perpetrators that they would not walk out of their crimes unpunished, and that justice would be served for the victims and the victimized communities. Supranational normative and policy frameworks were introduced to encourage and to obligate domestic authorities in the former Yugoslavia to participate in the application of the ICTY’s investigative and prosecutorial mandates. At the same time, it laid such cooperation as a standard for these countries’ full European integration.

The duty of the former Yugoslavia countries to cooperate with the ICTY is particularly relevant to the topic of this issue of Balkan.Perspectives about historical revisionism. The ICTY has been widely acknowledged both in the literature and by supranational organizations to have provided a compelling example of creating coherent history about the violent past of the Balkans. Its transparent deliberations and the breadth of information available from its archives provide researchers, historians, and the general public with invaluable material to learn from about the past of the former Yugoslavia. And yet, the issue about North Macedonia’s cooperation with the ICTY has been vaguely, if at all, covered in this literature. This article aims to humbly fill this gap.

What was the role of the ICTY in the post-conflict transition in the former Yugoslavia?

The pursuit of criminal justice for gross violations of human rights is a vital element in post-conflict transitions, delivery of justice, and peace management. The institutionalization of criminal justice delivery at both national and supranational level has the capacity to encourage reconciliation by unveiling factual truth about gross violations of human rights, by establishing responsibility for such violations, and by acknowledging the harm suffered due to the violence. In addition, the ICTY was vested with the capacity to contribute to post-conflict delivery of justice and establish the legitimate truth about the wars in the former Yugoslavia. It did so by using an inclusive approach for victims to participate in its procedures, and by being transparent in its work with allowing access to its trials and archives for the public. Domestic instances of criminal justice could also benefit from the work and mandates of the ICTY and learn from its model of institutionalized delivery of justice and truth-finding. They could use in their adjudications the factual findings set with the ICTY’s investigative and trial processes.

What did the duty to cooperate with the ICTY entail?

The duty of the former Yugoslavia societies to cooperate with the ICTY required from the domestic authorities to arrest and deport indicted persons, to protect witnesses set to testify before the ICTY, to assist the ICTY’s investigations on the ground, to open domestic archives and provide ICTY with the requested documents, to prevent negationist sentiments towards the ICTY, and ultimately, to adopt legislative and institutional reforms ensuring efficient and independent domestic prosecution of perpetrators. The exact scope of the duty to cooperate with the ICTY differed between countries and with time, it diverged. For example, while Serbia and Croatia’s duty to cooperate with the ICTY focused primarily on arresting and extraditing the indicted to the ICTY – Bosnia and Herzegovina, Kosovo and North Macedonia were resolutely urged to prepare their domestic judicial instances to prosecute perpetrators independently and impartially for war-related crimes.

Did North Macedonia promptly cooperate with the ICTY?

There is no precise ‘yes’ or ‘no’ answer to the question whether North Macedonia has efficiently fulfilled its obligation to cooperate with the ICTY. North Macedonia is abiding, yet in a limited manner, by its duty to reform the judicial, prosecutorial, and investigative instances as the way to ensure effective, independent, and objective adjudication of crimes. The European Union (EU) and the Council of Europe (CoE) have acknowledged improvements made in preparing the judiciary in North Macedonia to function independently, professionally, and transparently. It remains to be seen if the undertaken judicial reforms are to be consistently applied further on.

This standard for assessing North Macedonia’s cooperation with the ICTY may not apply if there are no crimes to prosecute. This may be precisely the case, as the 2002 Amnesty Law exculpates from prosecution and punishment persons who took part in criminal acts related to the 2001 conflict. However, extending the application of this law to the four cases transferred from the ICTY for domestic prosecution may indicate equating the application of the 11bis Rule with a decision of acquittal, hence invalidating the purpose of this rule and of the ICTY’s completion strategy. Such an extended application of the Amnesty Law may further contravene with North Macedonia’s obligations towards the CoE, as noted explicitly in the CoE’s Parliamentary Assembly that the Government of North Macedonia shall not declare an amnesty for the rebels who may have committed war crimes in 2001. Not prosecuting alleged perpetrators of gross violations of human rights and international humanitarian law also infringes the rulings of the European Court of Human Rights, indicating the obligation for the European Charter of Human Right Parties to effectively investigate such violations and to prosecute and punish the perpetrators. Failure to do so exhibits selective delivery of justice and redress for victims and may disturb the already fragile interethnic relations in North Macedonia.

Natasha Stamenkovikj holds a Ph.D. from Tilburg University, an LL.M from The University of Edinburgh and a M.Sc. from the University of Oxford. She has worked with the Humanitarian Law Centre and the Macedonian Young Lawyers’ Association. Natasha’s research focuses on the interaction between law and society, and the socio-legal application of law in democratization processes. She writes about the role of legal norms, institutions, and systems in advancing human rights protection, justice-delivery, and good governance.