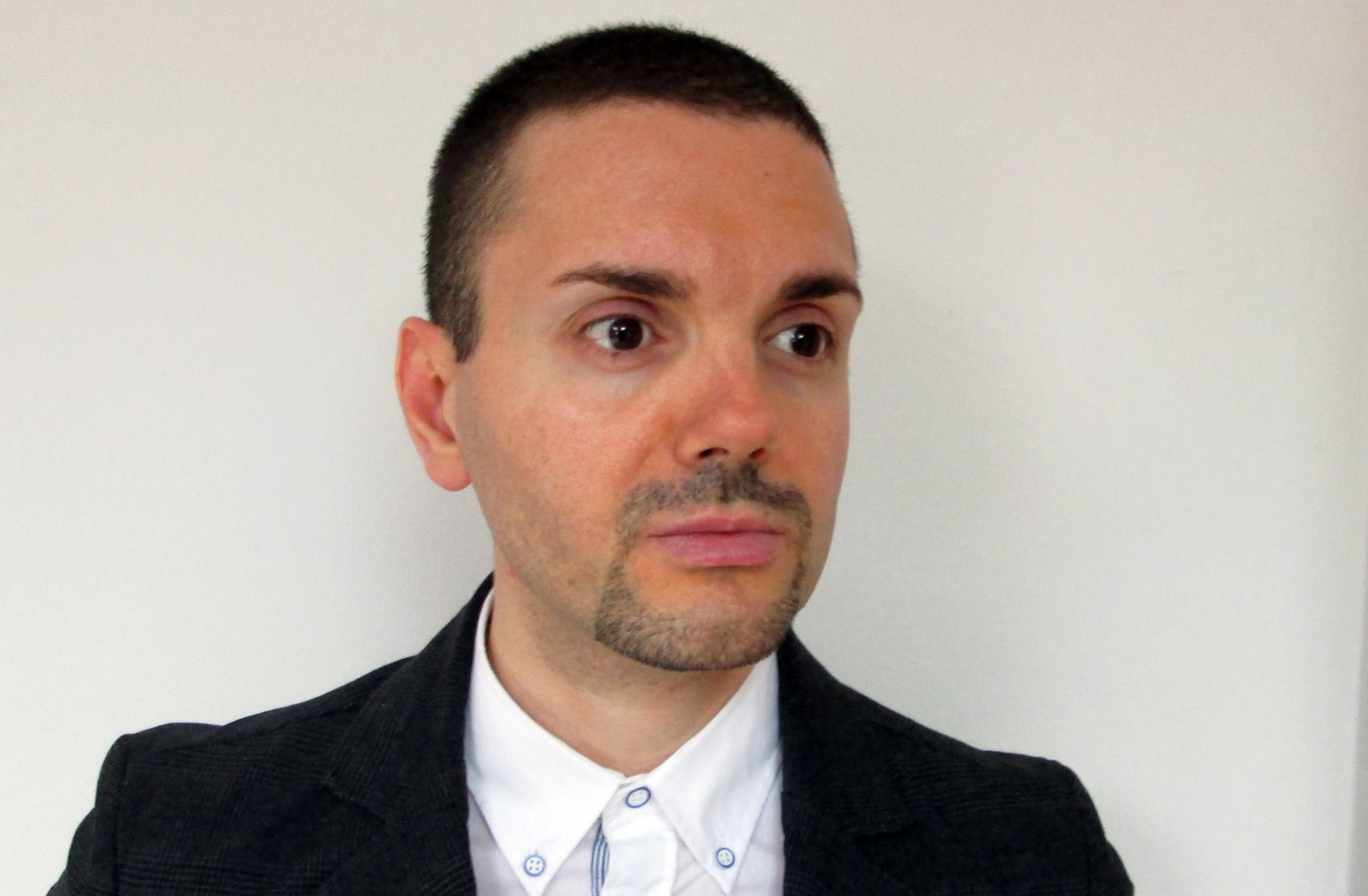 Intellectual elites were a key factor in constituting the national awareness and the ideology of political nationalism in the 19th century Europe. There is plenty of evidence about the principal role that intellectuals, primarily historians, have played both in generating and disseminating nationalist ideologies and doctrines of ‘young’ European nations. They were assigned with the noble task to create, establish, and solidify an imaginative feeling of historical unity of a certain ethnic group. The legitimation basis they used to perform national homogenisation was the past. The past was used and modified into a glorious, epic, and heroic narrative about the eternity and greatness of their own ethnicity. The way in which history (re)constructed the national past bore an easily recognisable political and ideological function. It served the process of creating nation-states and granting them strong self-affirmation. The past to be remembered is the one praising, glorifying, and immortalising one’s own nation. Historiography was seen and developed as an instrument of European nationalisms, that is, as an object of nationalist ideologies. For this very reason, the famous historian Eric Hobsbawm wrote that “nationalism requires too much belief in what is patently not so.” Still, the mainstream of European historiographies and other humanities have mostly emancipated from the heavy burden of utilising science for nationalist and political purposes. However, in peripheral and under-developed societies, such as those in the Balkans, historiography has not yet liberated itself from this pragmatic function of building and homogenising national identity or disseminating the ideology of nationalism.

Having all this in mind, the question arises as to how did it happen in the Western Balkan societies that war criminals and mass murderers became victims and/or heroes? What kind of political climate has caused the situation in which, instead of condemning mass war crimes, Serbian mainstream intellectual and political elites condemn, stigmatise, and morally discredit domestic or international institutions and individuals that advocate the punishment of those responsible? How is it possible that those dealing with the deconstruction of violent methods and crimes as means for achieving nationalist goals became pariahs instead of the inspirers and perpetrators of the crimes? Serbia’s historiography has not finished ‘its’ World War II. It is the arena of revisions, rehabilitations, and relativisation of the past for utilitarian political and nationalistic purposes. However, in the recent years, the wars which Serbia started against its neighbours during the process of the dissolution of the Yugoslav state in the last decade of the 20th century have become a central point of interpretative battlefield.

Historical revisionism is only one aspect of nationalist ideology – one of its structural pillars, because the past or an image of the past provides legitimation basis for modernity. In 1993, in the height of wars that were started to achieve old votive ideas and expansionist ambitions on the wreckage of Yugoslavia, the Serbian Academy of Sciences and Arts (SANU) completed and published its capital project The Hundred Most Prominent Serbs. True to their ideological orientation and political conception, the editors of this anthology used a shameful excuse to exclude from the book Koča Popović, the liberator of Belgrade, the founder of Yugoslav diplomacy and the Vice President of Yugoslavia. It did not fail to include a noncritical biography of the fascist Prime Minister of the occupation government, Milan Nedić. This clearly ideological conception and content, which should have demonstrated ‘the existence’ and centuries-old immutability of the so-called national being, also contains a mythologised biography of the Serbian Orthodox Church Bishop Nikolaj Velimirović, who was canonised a decade later. In a hagiographic text, unburdened with rational knowledge of the past and liberated from critical thought, Nikolaj Velimirović is glorified for the fact that, in his own words, he was praying till the end of his life for Draža Mihajlović, Milan Nedić, and Dimitrije Ljotić: “From the Bishop’s personal correspondence it is obvious that until the end of his life, he was praying for Draža, Milan, and Dimitrije”, as he was saying himself. And it is in this very quotation, which is short and not really complex, where all key points of the policy of historical revisionism in Serbia, as the aspect of the ideology of nationalism, crystallise. The three representatives of collaboration are mentioned side by side. The sentence belonged to the rightist and anti-Semitic Bishop around whose personality national consensus has been reached at the very beginning of the epoch of wars of the 1990s; Velimirović and his sentence are presented positively in the book created by the SANU academics and Serbian Orthodox Church bishops; and the anthology was published in the height of armed conflicts in Croatia and Bosnia and Herzegovina. All the actors – those prayed for, the one praying, as well as those glorifying him for that prayer – are connected by radical anti-communism, anti-Yugoslav sentiment, anti-Western sentiment, favouring collaboration, and aggressive nationalism, emanated through war politics which purpose the said anthology should have served. For all of these, the quoted sentence reveals a non-changing feature of the nationalist temporality, of the connection of predecessors and ancestors, of the battle started by the dead which the living have a duty to continue. Thus, the ideological and personal continuity of a conception which has permeated all segments of society in an effort to become eternal and without alternative. Science gave its place to a mythical irrationality. Violence against historical science has been normalised. Historical revisionism of the 1990s has triumphed. Nationalism has obtained its ideological platform.

Connections between the political legitimacy and remembrance culture are manifold. In the time of transitional 2000s, under the influence of prevalent nationalist ideology, there was no knowledge of concepts or historical phenomena in the Serbian society. Their studying was ignored, and they were self-implied. For this reason, the phenomena of fascism and anti-fascism were made banal and emptied from any real meaning or content. Under such circumstances, it was possible to manipulate them in an attempt to construct a new identity and a ‘new’ history. As opposed to the real, examined, and scientifically verified image of the past, the ‘new’ history knows of ‘two anti-fascist movements’, of the ‘national anti-fascism’ of the Chetniks, of Milan Nedić’s ‘patriotic government’, of ‘scrupulous Christian Ljotić’ etc. Still, there should be no illusion: nationalism has not rehabilitated Chetnik collaborators for the sake of historical justice or truth, and even less for the sake of Chetniks and their commander, but primarily to enable that their ideology lives on. When Draža Mihajlović wrote in the Instruction to his commanders Đorđe Lašić and Pavle Đurišić (20 December 1941): “to create a Greater Serbia”, “cleansing state territory from all national minorities and non-national elements”, “cleansing Sandžak from Muslim population and Bosnia from Muslim and Croatian population”, etc., there is hardly anyone who does not recognise uninterrupted ideological continuity expressed through unchanged goals of that ideology until contemporary times, up until the wars of 1991-1995. Having that in mind, since the 1990s to date, historical revisionism has been one of the key platforms for rightist national-populism and legitimising violence as a model of action of considerable segments of the population.

However, these trends are being radicalised, too. With the return of war protagonists to power in Serbia (2012), and in a particularly aggressive manner since 2015, and the anniversary of the Srebrenica genocide, the Serbian public has put the topic of World War II to the background. The new historical battlefield is the interpretation of the wars of the 1990s. At the same time, Serbia’s atrophied legal system has capitulated in the proceedings prosecuting crimes committed during these wars, for which reason neither historiography nor public discourse as a whole have a stronghold or any necessary value framework for new or different interpretations. Even more questionable is the political will necessary for these findings to be lastingly built into the public discourse and disable the denial of crimes. Everything done in the region so far, which is not insignificant, is subject to systematic denial or ignoring in Serbia. The book The Suffering of Children of Sarajevo has been published. The entire war in Bosnia and Herzegovina is detailed in the Bosnian Book of the Dead. As early as in 2011, the Kosovo Book of Memory was published and promoted in Belgrade. Therefore, the facts are known, and for the most part examined, but both the public and the historiography are completely silent on them.

Due to the vacuum created after the withdrawal of the USA and in part of the EU, the situation in the Western Balkans is now more complex than it ever was right after the end of the wars of the 1990s. Serbia is putting great efforts into building a new, homogenous Serbian identity. That is, to strengthen the expansionist nationalism by targeting primarily Montenegro, Kosovo, and Bosnia and Herzegovina, as their statehood is interpreted as temporary and provisional. For this reason, the Serbian intellectual and political elites are empowering and encouraging the revisionist and revanchist aspirations in the region. Historiography plays an active role in such efforts. The propagandist historical interpretations of the wars (1941-1945 and 1991-1999) in Serbia have already attained a significant portion of their goals, if not in the form of a fully constituted homogenous Serbian identity in the region, then by the indisputable fact that any attempt of rational and document-based interpretation of Yugoslav history of the 20th century is relativised and, a priori, disputed as anti-Serbian. Because of this, the battle for the interpretation of the wars of the 1990s will be, in the words of the great French historian Lucien Febvre, a battle for history, a battle for rational and critical thinking in society, because only rational and critical thinking could discontinue the policy and practice of megaloideas, expansionism, ethnic cleansing, violence, and genocide in the post-Yugoslav region.

Milivoj Bešlin is a historian, research associate at the Institute for Philosophy and Social Theory, University of Belgrade, and a lecturer at the Faculty of Philosophy of the University of Montenegro.