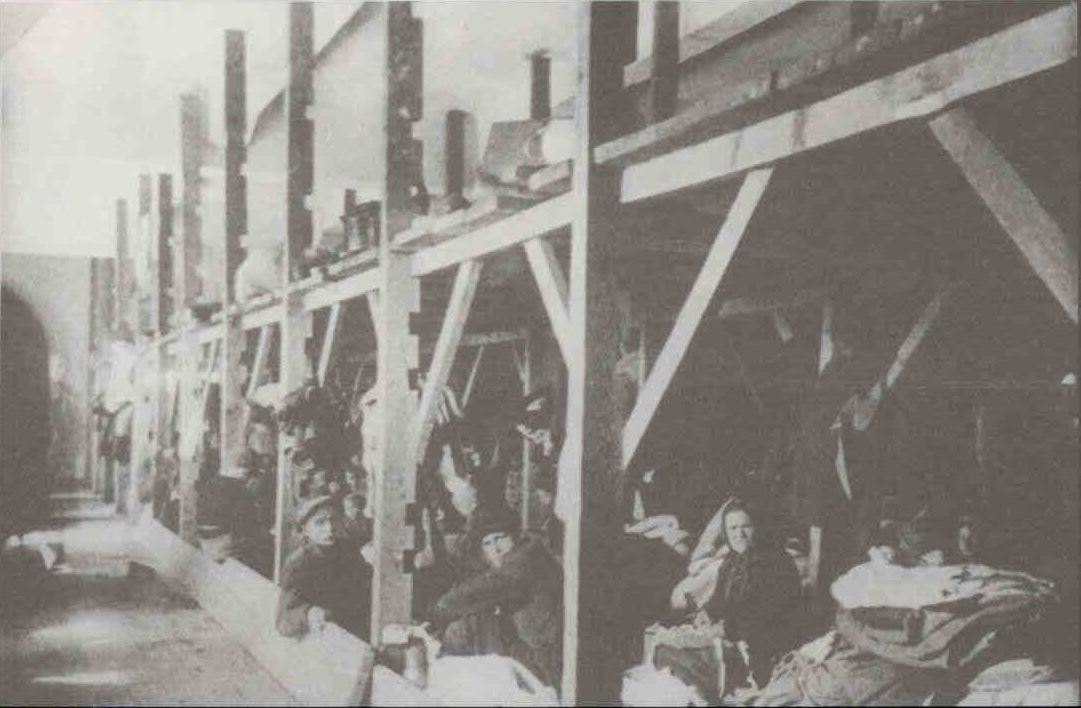 Walk the busy streets of Skopje, North Macedonia’s capital, and amidst the loud two-way car traffic there lies just off the city’s main plaza a large factory complex a visitor could quickly pass by without much thought. TKS Imperial Tobacco stands at the site of the former Monopol tobacco factory, a landmark in pre-war Skopje sitting adjacent to the railway tracks. Its typical architecture, business-like manner and tight security so predominantly characteristic of factories anywhere in the world does not hint at the secret story that lurks behind its fences. Its present surely does not even begin to unravel the darkness of its troubled past.

A visitor, or a resident, much like you and me, would walk indifferently past it, and yet the small, but dynamic, Jewish community gathers there every March 11 to commemorate the deaths of their loved ones. This is the site where the Jews of Skopje, Bitola and Shtip, after being round up in their homes in the middle of the night, were brought to be kept before their shipment to their final destinations – Treblinka death camp. Not a single one of them returned.

On the brink of the Shoah (Hebrew for Holocaust) there were around 7.300 Jews living in the Jewish communities of Skopje, Bitola and Shtip. They lived there in dehumanizing and constantly worsening conditions, as dictated by the Law on Protection of the Nation imposed by the Bulgarian occupying forces. A Commissariat for Jewish Affairs, led by Aleksandar Belev, which was established in 1942, issued one anti-Semitic order after another: Jews were forced to wear the ‘Star of David’ as a sign of recognition, were prohibited from transacting financial transactions in cash, and were banned from visiting social institutions and public locations. These orders and restrictions paved the way for the signing of an agreement, on February 22, 1943, between the Bulgarian Commissioner for Jewish Affairs, Aleksandar Belev, and the German plenipotentiary, Theodor Dannecker, which regulated for the initial deportation of 20,000 Jews of North Macedonia, Thrace and old parts of Bulgaria. A thorough census of the entire Jewish population was conducted prior to the signing, setting in motion the Final Solution for Macedonian Jews. The Monopol tobacco factory was chosen as the temporary transit camp. Accelerated preparations for their arrival took place in utter secrecy.

At dawn on March 11, the Jews from Skopje, Bitola and Shtip were violently woken up from their sleep by more than a hundred Bulgarian agents, police officers, soldiers and Commissariat representatives. In order to prevent any resistance, the Jews were told they would be temporarily resettled in Bulgaria, and that they should bring their money and valuables. As the Jews were taken away, the keys to their homes remained in possession of the Bulgarian police.

Upon their arrival in the Monopol, every Jew was thoroughly searched for money and valuables. According to a survivor: ‘…several tables were set up in the factory yard, and police and agents were standing by. On the tables, there were jewelry, gold, watches, and we could see that the agents’ pockets were full.’ Contact with anyone outside the temporary transit camp was forbidden, and armed guards were patrolling it at all times. It took the Bulgarian officials three days to allow the Macedonian Jews to go to the toilet and to drink some water. It took them five days to provide the Jews with a little food - bread with beans and rice soup.

The conditions were beyond what words could describe: there were only 15 toilets for the approximately 7.260 imprisoned Jews, and they were allowed to use them in groups and under surveillance. Those that were sick were left with no medical supplies whatsoever. Food was distributed twice a day for adults and three times for children. They slept on wooden floors in cold, damp rooms. There were no blankets. Women were taken to a separate room to be raped and humiliated by the officers. There was an omnipresent odor of unspeakable cruelty, starvation, disease and death in the air.

Only around 165 Jews were freed from the Monopol. Some of them possessed Spanish passports because of their Sephardic origin or were Italian citizens. Others were freed with their families because they were doctors or pharmacists.

The Jews’ stay in the Monopol lasted for 11 long and painful days. The factory was adjacent to the railway tracks so the next move was easily secured. The first transport to Treblinka death camp took place on March 22 and consisted of 2.338 Jews, followed by a second transport of 2.402 Jews on March 25. The third and final transport was conducted on March 29 and carried 2.404 Jews to their final destination. A staggering 98 percent of the entire Jewish population at the time living in North Macedonia was killed in Treblinka.

A visitor, or a resident, especially a younger one that does not personally remember these local events, would walk indifferently past this place. And yet here I stand inside one of the concentration rooms, one that has been preserved in its original state by the thoughtful action of TKS Imperial Tobacco. I think of my grandmother, Sara-Sharika Beraha, who was not on the lists so meticulously prepared by the Bulgarian officials. But her parents and brother were. Call it a stroke of luck. Or perhaps ‘The Lord is watching over you’ as the psalmic prayer recounts. Sara had gotten married to my non-Jewish grandfather, her high school sweetheart, just before all hell broke loose. Having changed her name and surname, she did not make it on that list. Every year just before March 11, my mother recalls, she would break her silence and speak with tears in her eyes. She would tell the story of how, one day, she went to visit her parents and brother in the Monopol. They spoke briefly through the fences and they managed to give her some valuables – some money and jewelry. She never saw them again.

I vividly recall my visits to Holocaust memorials throughout the years: the very first one when I was in my early twenties in Anne Frank’s house in Amsterdam, where I inconsolably cried my eyes out. Twice, in Jerusalem’s awe-inspiring, brutally beautiful and solemn Yad Vashem. The Jewish Museum and the Memorial to the Murdered Jews of Europe, in the very heart of Berlin, in guilt-ridden Germany. Auschwitz-Birkenau, where the silence is so pervasive, impenetrable and irrevocable it seems it has a life of its own, or rather it seems it envelops an entire universe, where I joined in a mourner’s kaddish. Polin, a Jewish Museum per se, built on the site of the former and infamous Warsaw ghetto. And recently, in Washington, the impressive and indelible United States Holocaust Memorial Museum. In my hometown, two such memorials exist – the Holocaust Memorial Centre for the Jews of Macedonia, and the other not as well known. The one walked by very often. It is in this temporary camp and permanent memorial that I am reciting a prayer for my grandmother’s family and for the 6 million of them.

Like all memorials, these Holocaust memorials exist on that blurry borderline between past and future, between grief and hope, between remembrance and warning.

They speak of immeasurable suffering and a brave new world.

May their souls be bound in the bundle of the living.

Jana Nichota holds a BA in English Language and Literature from the Ss. Cyril and Methodius University in Skopje. She is a Walter Benjamin Fellow from Paideia - The European Institute for Jewish Studies. At the moment, she is pursuing her MA in Policy Studies at the Institute of Social Sciences and Humanities - Skopje, and is the Secretary General of the Jewish Community in North Macedonia.