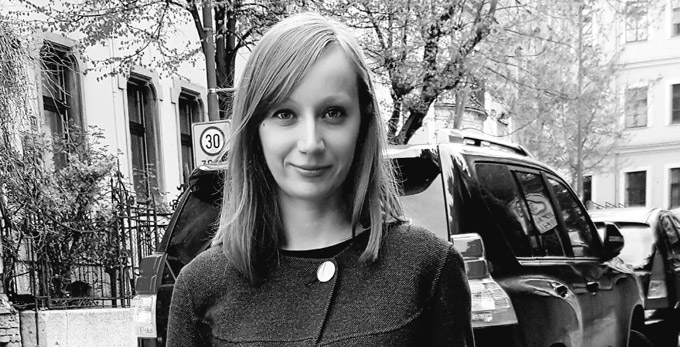 A war-time anecdote I remember is the one about men who were taken to dig trenches. The digging lasted for days, and when they got food for the first time, it was a can of luncheon meat for two men. One of them opened the can and put it between the two of them. As soon as the can touched the ground, the other man spat in it. Upset by the attempt to not share the only food they had, the first man spat in it as well. After an exchange of the usual repertoire of swearwords, they thoroughly mixed the content of the can, divided it into equal parts and ate it.

The feeling we have 25 years after the end of everything in 1990s is still as if we were trying to leave the trenches. If we leave aside the illusion of a normal life and goals that differ from mere survival, we have not resolved almost anything that many persons died for. A war marks you forever and it does not stop with the end of the armed conflict. At least in our case it has not.

''Elevators… they were used to take out the dead and severely ill, they were used by brides to leave and by men to go to war.'' (Darko Cvijetić, Schindlerov lift)

As early as in May, the trees along our roads become green, our mountains and forests are wonderful, our rivers are cold and alive. Our people were trying to save themselves on those roads, the ungreased door of the hangar creaking (Lars Petersen Feldballe, The Unforgiven), forests are still hiding someone’s bones, and the sweltering heat of July is heavier than the black soul. Nothing remained untouched in this country after 1990s, nothing remained unscarred by the atrocities. Neither rivers, nor roads, factories, streets, elevators nor forests. Dispersed words at these places, platitudes that invite memories and a few sparks of survivors’ lives fill our reality from May to July. What does fit in 25 years? Mass graves, corruption, collective centres, political scores, populism, divided schools, classification of war crimes, revitalisation of suffering, the missing, fascism, EU, laws, rule of law, the diaspora, denial, glorification, divisions, memorials, war rhetoric, Serbs, Bosniaks, Croats and Others. Our identities are defined by our war legacy, selected collective traumata are sometimes the only thing we see. 'Our' memories are one-dimensional, and there are at least three of them in our case. Fighting this is always lagging behind. The post-war period has taught us that justice is served once, maybe in The Hague, and that consequences of crimes remain forever. Believing in justice is ghettoised here.

''We simply have to create the conditions in which all places of suffering will become our joint remembrance.'' (Nerzuk Ćurak, Pamćenje zaborava i zaborav sjećanja)

When we speak about genocide, we say 25 years later. We say more than eight thousand victims. The number of officials present. Never to be forgotten. Stain, responsibility, denial.

''What I am still thinking about even today is: How did all of this happen? Before it had happened, we did not believe that something like that was possible. And when it happened, we started getting used to the evil that paralysed us, took all of our strength, except the one needed to survive … it was impossible to escape that reality, any other reality was abolished and inexistent.'' (Filip David, Kuća sećanja i zaborava)

There are 3 members of the Presidency of Bosnia and Herzegovina.

There are 4 parts of the human heart.

5 life sentences for genocide in Srebrenica were handed down.

There are 6 fundamental religious truths in Islam.

There are 7 days of the week.

There have been 8 municipal elections in Bosnia and Herzegovina so far.

There are 9 planets in the solar system.

These are random figures the importance of which depends on the view of the observer. What happened and why it happened in Bosnia and Herzegovina is equally a random sum of specifically selected interpretations that shape the collective remembrance. They save the important things and erase inappropriate things. Commemorations are sometimes gloomy, like VIP events, and words that are spoken get lost in the meaninglessness of a single day compared to all other days on which victims are left alone. Their memories are stolen on that day, and any chances for piety are lost in the various forms of everything that is happening. The right to remembrance may not be privatised, of course, just as it may not be commercialised. The lack of sense, mechanical actions and platitudes, default labelling. This causes agitation from May to July, agitation that is difficult to control. It is painful and difficult, in spite of numbers and letters. L'art pour l'art. Genocide as a result of politics.

''Words are linguistic predecessors of physical violence.'' (John Freeman, Dictionary of the Undoing)

We should not examine only the role of creators of collective remembrance and political manipulation. We are usually only observers. Bystanders. Or whistleblowers. Those who repeat, warn, yell. They are traitors and do not belong to anyone. Or those that advocate from an appropriate distance, in numbers and letters. We may not underestimate the strength of words and language, at least not now, while interpretations full of nationalist charge are raging, and we are still trying to leave the trenches. Conditional justification of crimes has never been more visible and victims have never been more reduced to mere figures. We live in a time in which the dehumanisation of the second and third continues, right in front of our eyes, and we are not sure what role we play. Or maybe we are; why we are exactly where we are.

Nothing regarding the commemoration in Srebrenica touches me except for coffins laid next to each other in Potočari. And those that have been waiting for at least one bone of their dearest ones for years. The sound of soil falling on coffins, 25 years after their death, is a reminder of the magnitude of the genocide that was committed. No figures, nor letters nor conscience nor stains. Who remembers the survivors? All the politically correct and expected statements on this day, all disputes and denials, all irate comments, all of that will be well and thoroughly mixed in the same bowl, divided into equal parts among those that pronounced them and eaten and they will continue to act in compliance with the well-known pattern. The social position of remembrance of survivors of genocide, crimes against humanity and war crimes usually stays beyond war narrative constructions. One day per approximately hundred thousand lives.

The author is a J.D. candidate and is currently working as a legal advisor and independent researcher. She is interested in facing the past with a special focus on the culture of remembrance, human rights and constitutional law. She is the author of published articles and analytical, scientific and research works in these fields.