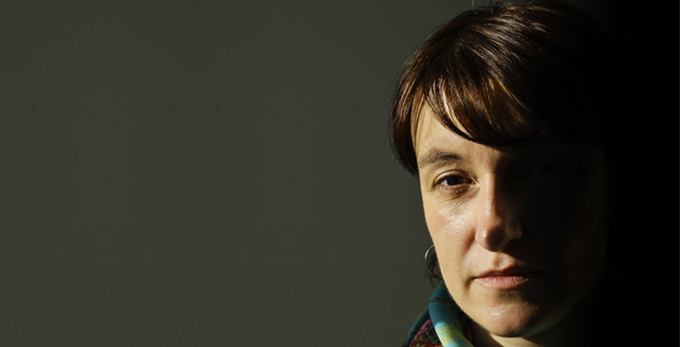 If you search the term ''Vilina Vlas'' on Google, you will get schizophrenic results. In addition to official links for the rehabilitation centre Vilina Vlas in Višegrad, there is an alternating list of links promoting this tourism location and of links containing texts about the war crimes committed in this place in 1992. The page Trip Advisor recommends Vilina Vlas, and you can also find an advertisement on the website promoting tourism in Bosnia and Herzegovina - Visit My Country. I do my best to go to Vilina Vlas at least once per year. I have never stayed at that building for more than a couple of minutes and I never would. I go there in order to remember at least for a moment all those women and girls – around 200 of them – that were tortured and raped in there in the spring and summer of 1992. Only four of them survived the torture. I met two of them in these post-war years. It has been known for a long time what had been happening in this place of horror. Movies were made, numerous texts were written, judgments were delivered, etc. However, there is not even a plaque today to remind of all the women who were killed here.

The authorities of Višegrad, Republika Srpska, do not wish, of course, to mark this place in any way, because they do not wish anyone to remember that some inhabitants of this town committed crimes that are difficult to describe. On the other hand, no other level of authority wants us honestly to remember Vilina Vlas and women and girls that were tortured there. At the same time, the authorities of Sarajevo wish to build a monument that will have an extremely militant message. The monument that will be installed in the park behind the grammar school Druga gimnazija, a tank and heavily armed soldiers, will glorify the army, sending a message that is in no way positive or conducive to peace. The authorities of this city, which are part of the endless number of government levels, have been refusing for years to remove the plaque at the entrance to the city hall, Vijećnica, which says that the persons responsible for setting the library on fire were ''Serb aggressors'', a term that does not mean anything, but makes many people afraid. And, thanks to the Hague judgments, it would be very easy for them to precisely state on the plaque the name and last name of the general that commanded during the attack on the city on that day and the unit that participated in setting Vijećnica on fire. They have been refusing for years to build a monument to civilians killed by members of the unit led by Mušan Topalović Caco. They also refuse to punish those that committed war crimes. Experts on the culture of remembrance say that the privilege of those in power is ''the possibility to create collective memory''. They can do this in various ways, by building museums, building monuments, by organising commemorations, by giving names to streets and squares or by creating curricula.

Some states even adopt laws that specify how and what can be done in this process, which creates many controversies, but we do not have to worry about something like that. Even if there were such a law in Bosnia and Herzegovina, nobody would care, because laws are not enforced here. In this country, the past is used for political games of those in power and for manipulation and maintaining the fear. Memorialisation is a serious process in which a society has to find ways to preserve memories of the past. For this purpose, public spaces are ensured, monuments are built, museums are opened, etc. Memorialisation also implies archiving, digitalisation and other ways that make it possible to preserve documents and artefacts about the past. In addition to remembrance, memorialisation also aims to prevent any future conflicts. For this reason, it is necessary to create a society willing to discuss the past in a way that does not invite to violence and even deeper conflicts. Such a space in which it would be possible to safely discuss the past is contaminated by cheap politicisation lead by the existing political options in Bosnia and Herzegovina. Their main task is to create spaces in which there will be no discussions about the past, but which, possibly, will also not allow any discussions about the present or the future. Spaces in which we will accept ''their'' truths as the only ones and unquestionable. They create spaces contaminated by their ideas aiming to preserve fear and mobilise it, if needed, in a new conflict in which ''their'' interests will be defended. For this reason, they invest efforts to ensure that there are no monuments that will help citizens remember in a dignified manner and do their best to prevent such crimes from repeating themselves. For this reason, the monuments that are constructed aim to instil fear and send the message that we always have to be on alert, ready to defend ourselves or to attack. The only way to defend ourselves from such a manipulation is resistance and creation of spaces in which we will be free to remember and discuss the past.

Nidžara Ahmetašević, PhD, is a Sarajevo based journalist and publicist. Nidžara obtained her PhD degree from the University of Graz in the field of international intervention in the media space after the war in Bosnia and Herzegovina. In addition to this, as a researcher, she is dealing with the issue of the role of the media in the process of democratisation, development of the media sector in post-conflict societies, role of political propaganda and the process of facing the past in the Balkans. Her research was published in several scientific journals and two books. In addition to the national media, she also published in numerous international media, such as The Observer, The Independent on Sunday, International Justice Tribune, Balkan Insight, BBC, NBC, etc.