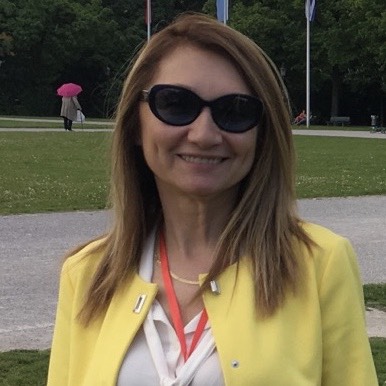 The Past According to Social Media

For the media, the past is an insurmountable challenge. It is like a monolith still standing ‘somewhere out there’ which they choose whether and how to deal with. The entire universe of non-linear processes, events and experiences is not actually somewhere out there, it is a part of our everyday lives. And, as William Faulkner said: “The past is never dead. It's not even past.”

The media are good at discovering and presenting isolated, independent events. They have a much more difficult time with the whole, with systematic relationships and long-lasting and complex processes. Every media and conflict research confirms that, even when reporting on details, they lack understanding of the whole. After a live broadcast, events are difficult to rename and change their meaning once they become ‘the past’. During the 1990s, the media in Serbia ‘served the military very well,’ as is usually the case in war. Under pressure of the government they placed patriotism before their profession and left what they kept from the public for some other media to uncover in some other time.

It seemed that instead of the older, industrial media, it would be done by the new, social media. But the emergence of social media busted several myths about the role of the media in ‘dealing with the past’.

First, the abundance of information, the era of ‘post-scarcity’, changed the point of the idea about ‘media discovery’. During the Yugoslav conflicts of the 90s there was a widespread opinion that closed media had hid the truth and that one day, when they are free, without censorship, they will reveal all. The public will then, upon seeing what had been taking place, wake up and realize the truth. Once the media became free, the truth sprouted from none of them, nor did the public change its views on the past. Instead of a live critical debate about the past, a ‘conspiracy of silence’ ensued, an unreadiness of the majority to talk about it. Beneath the refusal to ‘deal with the past’ deep divisions were hiding along with the inability to articulate and take responsibility for the crimes committed.

The flood of information which came later with social media can change very little about that.

The idea of ‘discovery’ is part of a progressivist opinion that the media are the ‘eyes of the people’ and that they bring hidden truths to light. A Google search of ‘Srebrenica genocide’ has about 450000 results, and the fake ‘truth about the genocide in Srebrenica’ only slightly less, the breakup of Yugoslavia or the wars in Yugoslavia, depending on how the question is framed, around 30 thousand to 3 million results and all of that in a fraction of a second. Apparently nothing is hidden there. Mr. Google is not Mr. Gates, media gatekeeper, he is not a censor nor an editor.

But the question is what those millions of facts and web pages actually tell us. Do more details make our picture of the past clearer?

It turns out that more information, more fragments and details, don’t mean that we know more about the past or that we understand it better. A paralyzing abundance has become an obstacle, an apathy and an excuse about the conflicts from the recent past. That’s why it seems that not much has changed in Bosnia, even a quarter of a century after the war. The society in Serbia is not where it used to be, but the dominant interpretation of the past still is.

Secondly, the abundance of information has opened more perspectives and new actors, with the hope that more angles will give a better view of the ‘conflict past’. Again, according to conventional belief, a rich picture of reality based on older media makes it easier to uncover the truth. Social media are participative, there the view of the past is a collaboration, but they are not the best platform for crossing perspectives. On the contrary, they are very convenient for enhancing divisions, uniting around separate truths, expanding the rift and the mistrust towards all who do not think the same. Instead of opening a collective Balkan space on the internet for dealing with the past, it is used for verbal warfare, exchange of accusations and insults.

Small groups of like-minded individuals do not connect around various experiences and opinions but close around a secure friendship circle. Instead of enriching knowledge, this abundance and variety again masks insurmountable divisions. A huge cyber space has enough room for everyone, but it harbors more divisions than unities. In short – a cyber-balkanization. Those who cynically claim that there is no democracy where vacation selfies mix with cooking recipes, actually remind us that political speech and democracy require a public space which is open and available, but at the same time meaningful and requiring the respect of human dignity.

Thirdly, the abundance of information hasn’t helped the creation of memory which connects neighboring cultures. Isolated users search, avoid or choose, the ‘content’ is often decontextualized, packed for commercial use, or selected by an algorithm and directing towards a website where everything resembles what they already read, and which will just strengthen their beliefs that their image of the past is the real one, that their friendly bubble is safe and that no other opinion will burst it.

Unlike the ‘old media’ the internet is a technology of neutrality according to content: the genocide in Srebrenica, the breakup of Yugoslavia or the siege of Sarajevo, the algorithms treat it equally as any other ‘content’ and measure its ‘visibility’. Autocrats and keepers of national memory know that very well, so they open fake profiles and hire bots to direct and maintain this flow - to direct the audience to desired websites and fabricate a climate of support for their opinions. As Twitter recently showed us by deleting 8500 fake profiles supporting Aleksandar Vučić and the ruling party in Serbia (SNS), it is a very well-organized operation. The president and the party who use the absolute majority in all the institutions to destroy and centralize power depend on the environment in which their wartime past is untouchable and unquestionable. Such an ambitious goal requires that the dubious past be kept away from the public. They are ready to occasionally benevolently state that there had been individual crimes, dishonors, responsibilities for someone else’s tragedies, but the past as a whole is glorious, heroic and honorable. Such confusion can persist only with a constant production of illusions, fake news and conspiracies. And with the breakdown of trust in the truth. Believing himself that it is so, Aleksandar Vučić decided to attend the commemoration in Srebrenica in 2015, after which he shamelessly presented himself as the victim.

Finally, the media who hid the past while it was the present can hardly speak about it differently even after a long time has passed. Television stations that fabricated information, war cries and the patriotic charge were easily adjusted to new circumstances when the system broke down. But they left a destroyed community which even today can neither contextualize the recent past nor understand its present. If there had been discontinuity with the criminal past, it would be foreign to us today, as L.P. Hartley said: “The past is a foreign country; they do things differently there.”

Snježana Milivojević is a professor at the Faculty of Political Sciences, University of Belgrade. She is the director of the PhD course Culture and Media, the MA course Communicology and the Center for Media Research.

She is the author of monographs: Media, ideology and culture; Television in Europe – Serbia; Media Monitoring Manual; Broadcasting the Election, as well as a large number of domestic and international research projects in the field of communicology and media studies.

She was the member of a Chevening scholar at St Antony's College at Oxford University, a Fulbright scholar at Columbia University and a guest professor at several European and US universities.