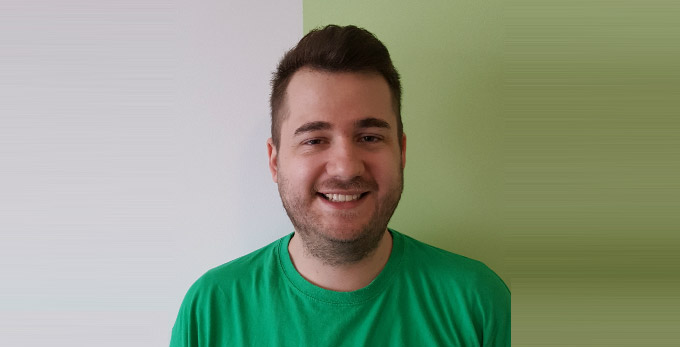 Remembering the past on Social Media

We often treat social media as something new and even unknown, despite it having been part of our lives for over a decade. Ever since it made its explosive debut in the Balkans, it has been a space for discussions around dealing with the past and reproducing existing content in new forms.

“15 February 1924 Italian Jewish woman Enrica Mieli was born in Rome. In October 1943 she was deported to #Auschwitz. She did not survive.”

This tweet was posted by the official Auschwitz Memorial twitter account. Accompanying it, was a simple pre-war photograph of Enrica Mieli. The tweet was shared one thousand and four hundred times and received over five thousand likes. Underneath it we could read over one hundred comments expressing sadness, empathy, links to books about the Holocaust and calls to actively fight against fascism. Enrica is not as famous as, say, Anne Frank. There are no books or films or documentaries about her. An online search of her name will give you several links to archives where she is mentioned. Still, thanks to Twitter, we remember her.

Texts, photos, videos, and links are the main content of social media, regardless of how these platforms evolve over time. Simpler than media content, which we now already consider traditional, it can reach a wider audience while circumventing the barriers of existing media frameworks. This is an opportunity for dealing with the past to gain more momentum in the Balkans.

Traditional media continues to show less and less interest in topics that deal with the past. Occasionally, some sensationalized judicial processes pop up on front pages and in breaking news, always followed by established narratives of imposing collective guilt, having the entire nation on trial, attacking national heroes, and the betrayal of the nation by those who publicly speak about the crimes. Such reports refer to victims as numbers. Without names. Without photographs. Without stories. If they do include this information, it is always for the victims from ‘our’  side.

The exceptions to this include a few media outlets, usually dependent on project financing, as well as organizations and individuals that use social media as a safe space to speak freely. This freedom is limited, however, by the maximum ‘reach’ of their social media accounts, which is incomparable the reach of traditional media. Still, their efforts should not be considered insignificant because they encourage the perseverance to truth and memory.

On social media, we are free to publicly condemn perpetrators and deniers of war crimes. It is especially useful at times when war criminals return “home” to face the public, after serving out their sentences, and are officially greeted as heroes. It is a space to call attention to the manipulation of victim statistics or the nature of certain crimes, to counter with court-proven facts and to demand accountability. On these platforms, people can freely reject the official politics of denial and forgetting.

Of course, official politics are present on social media too. These platforms, like traditional media, are used as propaganda tools. They are also spaces for the relentless reproduction of dominant narratives. However, the difference is that there is the possibility to reply with facts. The voices of the victims are especially important in the content we create because the facts are not always enough to stir the interest of the public.

This is the greatest fear of those who currently hold power and responsibility, who do not want to face the truth. Judicial findings in countries such as Serbia, where the rule of law is an empty notion, can be easily ignored, but authentic testimonies about those who have been killed during the wars stir empathy in people and can lead them to reconsider their stance, a highly undesirable phenomenon to those in power. It endangers the long-established practice of dehumanizing the enemy as a justification for committing war crimes against them, as it shifts the focus of the conversation from the level of great national myths to very relatable, ordinary people.

It is up to experts and activists to utilize social media to talk about the victims, to adapt existing resources to the platforms we use and allow people to see facts, names, faces, sounds, emotions, looks, character, personality. To allow their stories to move out of the archives, outs of oblivion. Re-humanization of victims is the first step toward remembering, which could ultimately overpower national myths.

We certainly have the resources. There are numerous documented statements, recordings of testimonies and oral histories, photographs, and documents. We must ensure that the victims are represented with dignity, that statements are used in the correct context, that information is verified, and that sources are cited. We also should make sure that victims are not endangered by such exposure and that their identities are protected when necessary.

It is not uncommon for victims’ associations and individuals to use social media to create content that relays their stories and seeks justice. This opportunity to create collective memory together and to share existing content to reach more people can be powerful in itself.

Reminders of important dates and the establishment of a common memory serve to oppose the idea that a brighter future awaits us only if we give up talking about the past.

White Armband Day, in memory of the Bosniak victims from Prijedor, is a campaign that was launched by victims’ associations in 2012. Every 31st May, in addition to regular commemorations that occur in several cities, activists from all over the Balkans remember the victims by sharing photographs of themselves wearing white armbands. This is a gesture referring to the directive given in 1992, for Bosniaks to mark their houses with white flags or bedsheets and to wear white armbands, after which mass killings ensued. Social media helped to expand the campaign and to inform more people about the killings in Prijedor, some of whom had not previously heard of it. It also gave insight into the reach of social media in dealing with the past in the Balkans.

The resistance to remembering the past will last for a long time yet. National myths will not be dismantled as a result of a few posts going viral. Still, social media has become a space which allows us to remember and reprimand, at least as long as the corporate interests of their owners and the control of authoritarian governments allow us to do so. If, at some point, this discontinues, we will find another way. Just as the fate of Enrica Mieli found a way to remind us, 77 years on, that we must not silently stand by and observe the strengthening of the far right across Europe.

Vladan Djukanović is professionally engaged in communications, and primarily works with civil society organizations. Professional life aside, he is dedicated to dealing with the past as a virtual and real-life activist.