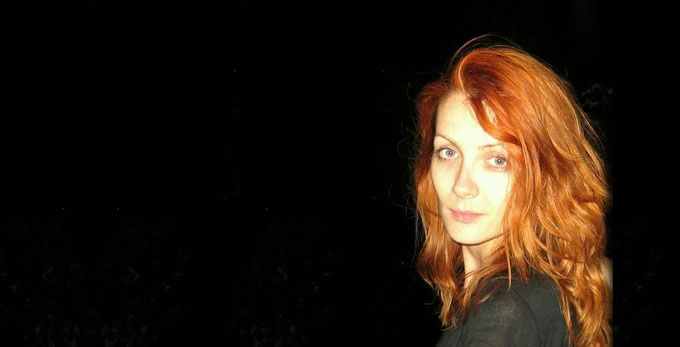 What memories does a person have, who spent his/her childhood in war? Psychologists claim that the first years of life are a period when we adopt numerous experiences, which, however, then get forgotten. Pre-school age is not remembered by a child, unless it is related to strong emotions or a particular event.

The war started soon after the beginning of my schooling. In Banja Luka there were no direct war conflicts, nobody had to flee anywhere, but there was war nevertheless. Such an unnatural state becomes natural for a child. Yes, there is a war, and everyone talks about the war. Yes, there was a bag in the room that we regularly used to stumble upon, but it had to be there, because it contained the basic things that we would take to a shelter, if it became necessary to flee. Where to? For me, leaving to a shelter when sirens wailed was already fleeing. My most striking memories were those of evenings, when we would wait with that bag for the sound of the siren, my mom that would be lying and sleeping, although she only had her eyes closed, which was a rest for mothers, as she told me later on, and myself, who was sleepy, but could not sleep, because my mom was sleeping already, so that if I fell asleep, too, then there would be nobody to keep watch and something horrible would happen. An undefined fear that makes us become paranoid, grow up too fast and assume responsibility at our own initiative.

Once the war stopped, and this is the second most frequent sentence from that period, everyone was celebrating and was happy. I was happy, too, the way one is in a collective euphoria, but I did not understand in which way it was special. I only know that after this, dad used to be home all the time, and that was something that I needed to get used to. Somehow during the war, it became normal that he was somewhere fighting, that he came home sometimes, looking unrecognisable, occupied the bathroom and then left again to some place.  In the meantime, life was ''normal'', and I mostly ''chased away monsters under my bed myself''.

There were very few happy memories from that period related to the word war. There are, of course, also nice childhood memories, but they somehow involve the part that occurred unrelated to the war, although the war was ongoing. It is difficult to describe that state that becomes normal because of one's growing up, although one knows that it is not, but given the fact that one is a child, one has no memories of what is normal, so that one's environment becomes normal. The most striking memories from the war period involve the death of my uncle, the shelter, dark, cold at school desks, arrival of some people, leaving of others, and a ''colourful'' box.

A colourful box is a normal shoe box that I got one day at school. It was randomly taken out from a pile of other boxes and hemp bags, this colourful box is something I remember so well. Our teacher was distributing these boxes and telling us that they were gifts for us, children in war, from children from the whole world. I called the box colourful box, because it was painted in different colours and very cheerful, as such it was sufficient for a child's happiness. I remember some of the contents of the box, a pen, a rag doll, socks and a letter. A letter containing the name, last name and address of the child that made that box and took the time and donated toys for a child in war. I have kept nothing from that box, not even the letter that might enable me today to find that child, who is now an adult and thank him or her for the nice memory from the period of war.

Once we grow up, we call up childhood memories based on a feeling. Have we felt safe, protected, comfortable? Children in war have no voice, have no choice. An unknown person makes decisions on their childhood memories, someone who does not care.