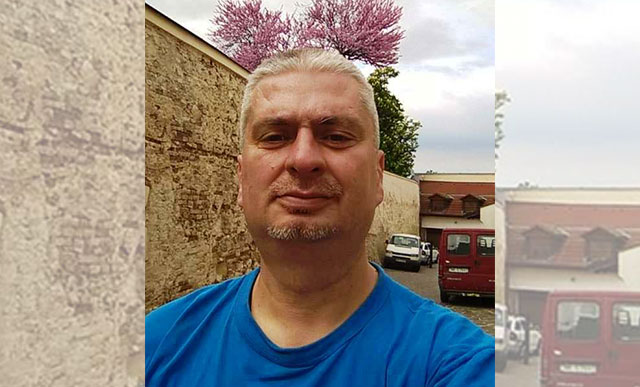 Fear of the truth is our defeat

How we, as a society, faced with the past, could also be heard recently from the stands of the Banja Luka City Stadium.

The only question is what is more defeating: Is that young people, instead of celebrating sports, celebrate hatred and slaughter - "The knife, the wire for Srebrenica", or the silence of those who should not be silent.

Why are we afraid to look truth in the eye !?

The answer is clear – de-Nazification is a stair that we have leaped over by giant steps and stepped from the blood of senseless war into the living mud we are now rolling around.

These silent-ologists - self-proclaimed intellectuals, so-called "Academic community", political "leaders", religious "leaders" did not remained silent then when it would be wiser for them to be. This same youth from whose lips we hear shouts of hatred were poisoned by their sick ideas. So now they are silent, because they cannot be expected to be any smarter.

Truth to be told,  the generations of young people who have been educated and shaped by them are the least guilty. The least they can blame. If we're right, they're not calling evil. The evil from their mouths is speaking due to the RS school system, which did not let them know the truth.

The media and public from Banja Luka is shouting from their mouths aswell because from them they will not learn the facts that are not very pleasant to be heard read, seen ...

Most of these young people, like their parents, declare themselves to be "Orthodox believers," therefore Christians, so it must be said that these vomiting through their mouths has been shouted by priests as well. The same ones who, instead of preaching peace, forgiveness, love for one's neighbor through the biblical story of the Good Samaritan, propagate "national honor" and "pride," which is just a euphemism for hatred of the other and the different. And we all remember those "spirituals" who, in churches and side by side with war leaders have "liberated Serbian lands" from everything they considered "non-Serb", all by blessing the Arkanians, Šešelj's, Scorpions, Eagles, Red Berets and all the bandits.

Certainly, the biggest shame is on those who have been creating this kind of environment for decades - on politicians. Well, it is not surprising that no one from the government or the parliamentary opposition in the RS use it to condemn such behavior (calling things by their real name).

Why is it like that, I guess everyone knows – From the politicians who for years have nothing to say to their "voting machines" but nationalism and "defense" against fictional enemies, nothing else can be expected.

By these fictional enemies the politicians are maintaining constant tensions, and fear their "voting flock" as hypnotized in their boxes.

The easiest way now would be to blame the nation. To its unenlightened, narrow-mindedness, its blindness to nationalism...

It would, however, be utterly cheeky. For it is not a question of who blinded this nation, but who led the nation and still leads into the abyss, luring people with lies.

However, it is more important to answer the question who will open the eyes of the people? And only the truth will open them. The harsh truth is the only one that will completely break this vicious circle of nationalist hatred. The one who wishes good to that nation must tell the nation the truth. However, all above mentioned “elite” are aware that the moment the truth is spoken and accepted; it will be their end. Therefore, there is so much opposition to the passage of a law banning the denial of genocide, which is increasingly being referred to as a possibility. The lack of political agreement on the possible adoption of such a law also mentions the possibility of it being imposed by the High Representative of the International Community (OHR).

If such an imposition happens, it will be another defeat of society in Bosnia and Herzegovina. Why? Because that will only be a confirmation of how immature we are. That we are not capable of cleansing ourselves from evil, we need tutors who will force us to do so. Then, of course, we will obey such a law. But not because we have learned something, understood it, not because we are mature enough to face the truths of the past and look to the future, but because we are afraid of legal sanctions.

So, we will not, and we are not ready to change. To grow up as a society. This is our biggest defeat. A problem that needs to be addressed.

Miljan Kovač, was born on 12.01.1977 in Mostar. Studied at the Faculty of Philosophy in Banja Luka. He is a journalist since 1999 and works for multiple sheets and portals. Impuls portal journalist.