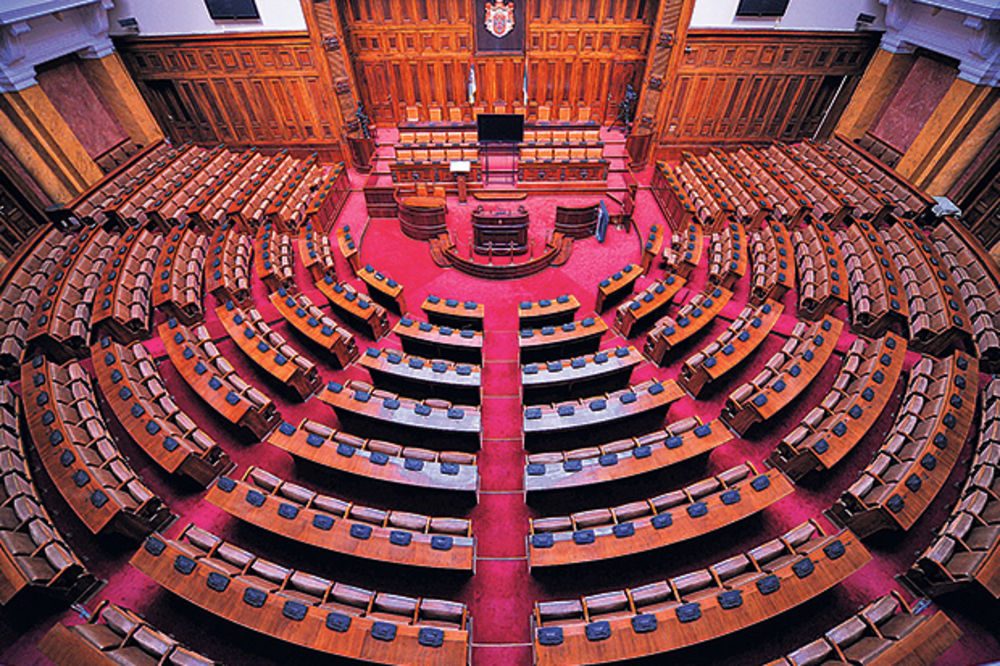 What Happens When the Mind is Blind?

The phrase “dealing with the past” has been worn out for a while in Serbian society. This was done in various ways. For year those who were accused and who have committed war crimes kept repeating that only traitors of Serbian national interests and foreign mercenaries use this phrase. Many believed them. The other side, which never accepted those crimes as its own national heritage, repeated it like a mantra for over a decade. It spoke about the pointlessness of war, of the cruelty and the victims, and their fates. Counting on humanity and rationality, this side hoped for a national catharsis. However, at one point it exhausted itself, depleted its hope and retreated.

This is why, about two decades after the end of the war in Yugoslavia, dealing with the past in Serbia is almost non-existent. There are shadows and appearances which keep reminding us that we haven’t dealt with the past, but on the contrary – keep returning to it. There was talk of it here already – convicted war criminals are welcome in Serbia in state institutions and ruling political parties. They walk the city streets with their head held high, polished and free for social and political engagement. If you hold it against them they – quite ironically – call on human rights.

The most colorful example is that of Vojislav Šešelj who was found guilty by The Hague Tribunal, subsequently losing his MP mandate. However, today he calmly holds his seat in Parliament, even stating that he would “repeat all the crimes for which he has been convicted.”

Examples are too numerous to count, from the protection of those never accused, to the mockery of the convicted, the cover-up of facts and evidence, to the relativisation and total denial of Serbian responsibility for war crimes.

Living in such a system is very difficult, difficult to analyze, but still the question arises – is there another way? And if so, how?

The analysis by Helmut Dubiel “No One is Free From History” can be a great inspiration for my country as well as other countries in the region. It’s about fifty years of debates about the national socialist government in the Bundestag. In spite of the stereotype about dealing with the past quickly, Germans went through a period of relativisation and denial, especially during the first twenty years after the war.

A speech by a Bundestag MP from the ’70s could serve the Balkan citizens in their suspended “dealing with the past”:

“Our citizens often wonder why everyone only talks about what we Germans did, and never about what was done to us. This question can’t be answered simply by saying that Germany started the war and that German troops were the first to invade foreign territory, however true that may be. Crimes cannot be regarded as assets and liabilities on a balance sheet. Each side must deal with what it has done and its wrongdoings. By saying “no” to national socialist crimes becoming obsolete, we Germans prove to ourselves and to future generations that we are ready to shed light on every last detail of the twelve evil years of our history... Precisely by mercilessly criticizing ourselves can we legitimize or desire to respect the injustices that others have done to us.”

This sums up twenty years of discussions in the Balkans – who started it, who was the biggest victim, who was more and who less guilty. The abovementioned MP clearly indicates a way out of the vicious cycle.

It’s certainly been incredibly important for younger generations to hear the truth, the facts, the testimonies and the stories of the victims. Education could change the future being repeated. For now the educational system in Serbia is failing to do so. There is no talk of war crimes in school, and history class resembles what historian Dubravka Stojanović most often calls pre-military training.

For older generations, those who’ve made the conscious decision long ago to not deal with the past, the situation is quite different. At the 19th anniversary of Srebrenica, Hasan Nuhanović, who survived by mere chance, spoke about his life for a Belgrade media outlet.

He did it in a very human and inevitably intimate way, but with a bitterness which isn’t difficult to understand. He said that by repeating his story he “cannot be the one holding up the mirror for our reflections”. He believes that what he went through during the war and since then is enough. Those who’ve decided to relativize or deny a long time ago won’t be swayed by any testimony or available fact, they will see it as propaganda. A mirror cannot help with that, because eyes have no purpose when the mind is blind.[1].

Nuhanović was right when he said that the Serbian side must discover its own dealing with the past, this process must come from within. He said that he cannot see us searching for that path.

This last part is only partially true. There are many, although they are not the majority, who have gone down that path and still do. The problem is of a different nature.

As we have seen on the example of Germany, only after twelve years and after the political generational shift, did the process which we call dealing with the past actually begin.

Political ideas and individuals who organized and implemented what needs to be dealt with – are still in power in Serbia (as well as in the countries in the region). The continuity of the regimes of Milošević and Šešelj was cut short for a short while, and essentially reinstalled with a political murder.

Such a system, in which some new generations live now, can never be ready to deal with the past. Because that past, it’s who they are, our political elites.

They know it well, one could almost say they’ve discovered a successful strategy – in which we despair because of nationalistic primitivism and inhumanity, while they laugh victoriously at our defeat. This strategy intentionally blocks a political and social generational shift, the public ex

Luckily, time passes. From a German perspective, only twenty years have passed since the war ended. We can expect the future to hold for us speeches like the Bundestag MP’s from the 70s. However much the warmongering political establishment may oppose it, the time for this is coming.

Sofija Mandić is a lawyer, member of the Center for Law Research and a columnist for the portal Peščanik.