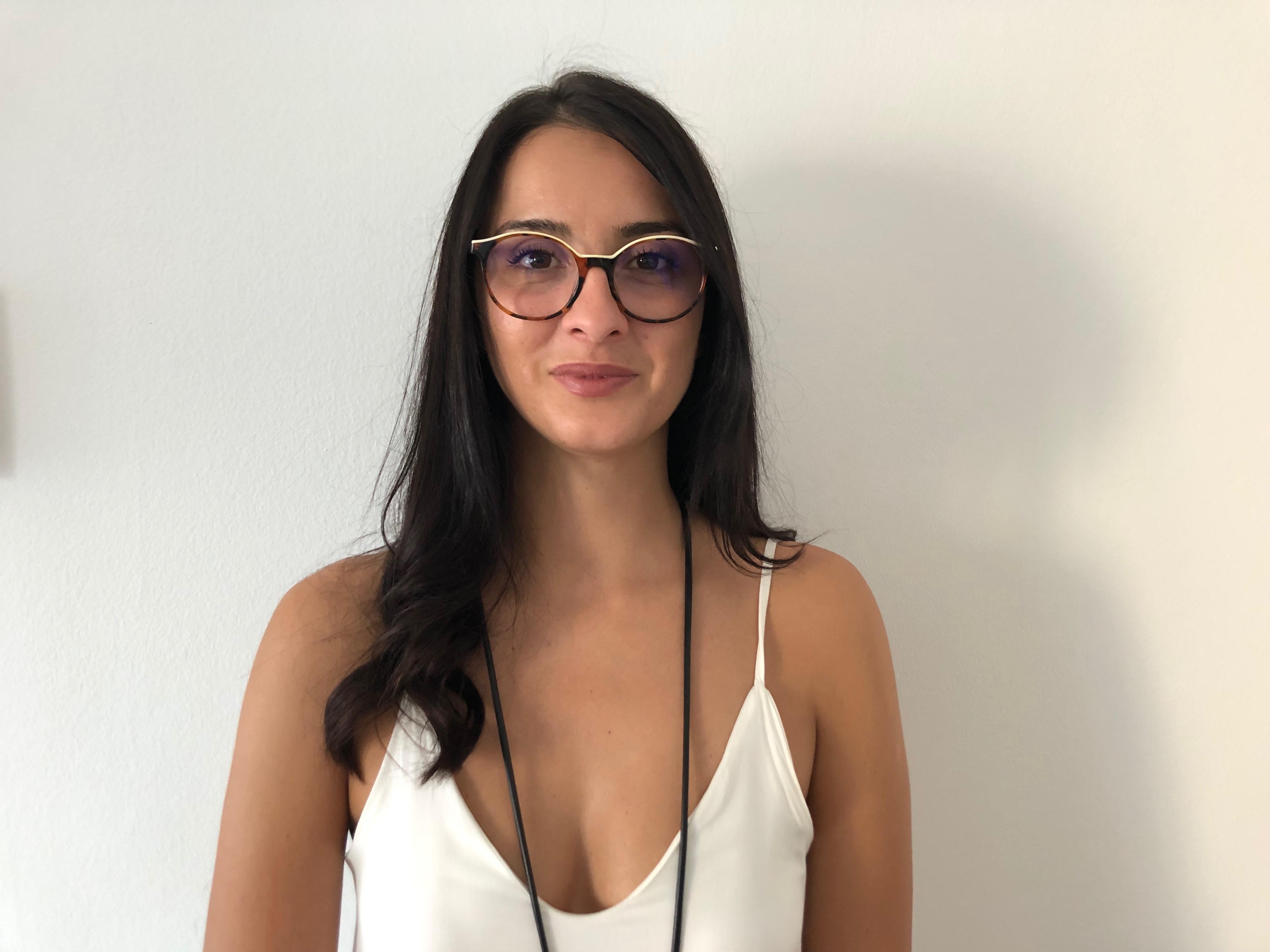 Can over there become over here?

The past defines the present that we live in

Our country is trapped, we have no understanding of democracy, our society is poisoned, our educational system is degraded, our legal system is inefficient, our minorities are discriminated, and the media is under constant attack. As I sit and read the news about events which occupy the public's attention, I can't help but think about everything which has already been manifested during the past which we know so little about, but keep turning our backs to.

The majority of the population dreams about going abroad, but what is interesting is that nobody wants the things that make “abroad” more appealing implemented here, nobody wants to have “over there” over here. They say: “We won’t go back to the past.” We won’t because it is impossible. But what happened was the only thing that could happen, groomed and nurtured relics of the past have defined every segment of the present that we live in.

Is there life in a bubble?

It's often heard that people who talk about human rights and freedoms, about responsibility toward the past and therefore toward the present, live in some kind of bubble or balloon. But what is that bubble, who made it and who is inside it? Is there life in the bubble?

The bubble should be made of all the actions, detected problems, ideas and modalities for dealing with the past which the civil society in Serbia offered as well as people of different professions dealing with this topic for a long number of years. The goal of those living in the bubble is to contribute to the peace which would be reflected in overcoming the divisions which have been separating us for 25 years (and more) into victims and greater victims. Because of these divisions each side sees the other as guilty, because each side sees itself as the latter.

The people living in the bubble have it hard, they are the easiest target in every republic of former Yugoslavia. But the others rarely speak to them – they are labeled and targeted from all sides. Still, it's easy to finish them because they won't respond to violence with violence, and they have real limits in the fight against the dominant narrative. By placing a certain set of ideas and messages in the bubble, they gave up on systematically being in the focus of those who have been in power in Serbia from the 90s to the present.

The whole problem comes down to the fact that there is no bubble, there is no life in it, life is outside, where it always has been. Life in Serbia is a scene in front of the courthouse in Ivanjica.

All those defenders, artists, professors, politicians, journalists and many others live in countries in which their words (and their very existence) tear down the foundations of the system. The very system which feeds irresponsibility and as such encourages the worst in an individual. Some say that those are “dark topics”, and that we must deal with more pressing matters, but they don’t realize that we will have those “more pressing matters” for a long time, because we keep failing to collectively and politically admit where their roots lie. All of our great problems are a direct consequence of denial and refusal. So, the bubble is just a fiction made up to justify the decision not to deal with ourselves.

It was a rule from the very beginning that human rights defenders shouldn't be listened to because they talk about the war, its causes and consequences, characteristics of their former regimes, individuals and victims. Nobody wanted to listen to them because their words twisted the future that they believe could grow out of nothing, if we just blame others for a little while, and silence a few more. Now we are all listening to the storm, which we didn't choose.

Who will be next?

Many Serbian citizens have kept silent about a lot of crimes committed in their name, believing that they have nothing to do with them. The Serbian state is still silent about the destinies of the people who went missing during the wars of the '90s. Archives are vaulted, crimes are denied, memoirs of war criminals are printed with taxpayer's money, and they are often allowed to use state owned spaced to promote autobiographical material.

Activists (including me) are silenced with verdicts for violating public peace, violence and attacks, unprocessed threats and insults and unpleasantness felt by their families.

However, there are those who were never asked to be silent, on the contrary, some were even given a microphone so that their voices could be heard loud and clear.

Let us remember any commemoration held in Belgrade – not a single one passed without shameful actions of those who claim to be led by national sentiment and that it is their duty to defend Serbia.

Today as I watch the video in front of the court in Ivanjica, where workers from the company „Milan Blagojević-Namenska“ rally in support of their director who is being held responsible for the death of a worker, I can't but think what I thought so many times: Be quiet, just for now, because you simply don't do that kind of thing. All those workers, decent men, whistling and booing a crying family of one of their own who was killed. It would be dignified to let it go without a comment, there should be no such Serbia and no such director who would justify such actions. When this kind of behavior passes without a consensus on acceptability, and is not condemned by the entire society, the question is who will be next?

A lack of basic solidarity

Mass rapes of women during the wars of the 90s, which were used as a fear-inducing method, led the ICTY to make a significant step toward prosecuting sexual and gender-based violence which occurred during the war. An open forum took place in 2017 at the Faculty of Political Sciences in Belgrade titled “Women’s Court: a feminist approach to justice” which discussed the topics of rape and violence against women, and even organized a screening of a documentary film showing testimonies of women from the entire region. The forum was interrupted by completely demented protest of a loud bunch of people.

Loud were also those who didn't believe Marija Lukić, and came to Brus to show support for Jutka. The case of Marija Lukić didn’t take place during the war and didn’t result in rape, but what was undeniably the same (when we talk about violence against women) is the lack of basic solidarity with the victim.

Mostly there is no empathy for the victims, unless they're ours. And when they are ours, they're relevant only if they're obedient and adequate. And this goes on all the time, regardless of what we say.

A mere absence of war

The reactions of people in Borča toward the baker Mon and his brother is an example of activating illnesses left untreated from the past combined with fake democracy which is a consequence of constantly missing opportunities to learn something about values and politics from the past.

However, by taking a clear stance and with the support of a group of people, Mon and his family stayed in Borča where they live and work, while their neighbors, albeit shyly, kept supporting him and slowly continued to come to his bakery. Would it be the same if nobody took Mon's side? I doubt it. Just as every community needs incentive and a positive example, it's necessary in every society, especially in a society that needs to cure itself.

Peace in Serbia is currently just plain absence of war and the semblance of democracy in which there are all sorts of things but it's all upside-down and nothing works. We need empathy for a better peace, solidarity and a set of basic values which we've agreed to defend and protect, and to fight for a better tomorrow exclusively due to a mix of social-political circumstances created today.

Our democracy is declarative, because we don't use it the way we are supposed to, and there is no better way because we keep missing every opportunity to actually learn from our mistakes which just keep going. If democracy is best reflected in relation to minorities and those who are at risk, then ours is exactly the way it should be. We should start from the past because only there can we remind ourselves what are the worst consequences that can occur if we do not heed the principles and defend the values which absolutely lead to a more just and satisfied life of members of those large community we call society. But before that we must admit to ourselves what the consequences are and who is responsible for them. We should tend to the causes, wherever we see them, starting right now.

Sofija Todorović was born on January 2nd 1992 in Belgrade. She currently works at the BIRN Hub as a project coordinator, where she coordinates programs focused on monitoring the state of human rights and freedoms. She worked as program coordinator for the Youth Initiative for Human Rights until 2019, and the topics she worked on were mainly: transitional justice, regional cooperation, human rights and democracy. She is a member of the organizational committee of the Pride Parade.