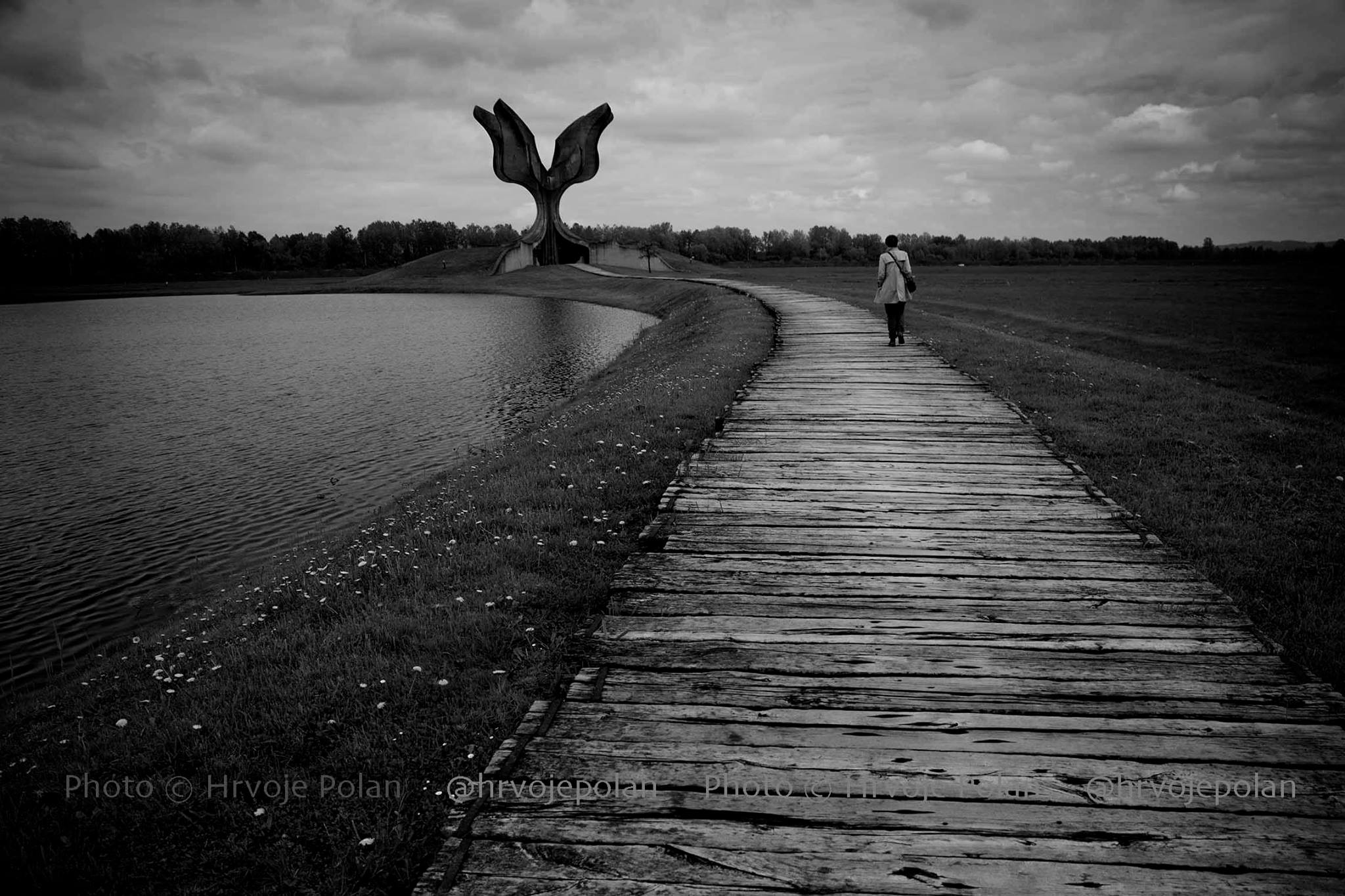 Law on War Memorials in Serbia: Nationalistic Monopoly over Memory

On the 28th of June 2018, at the Government's proposal, the Serbian National Assembly symbolically issued the “Law on War Memorials”. This Law foresees legal provisions governing memorialization of the Republic of Serbia’s war history, starting from the First Balkan War to the last conflict in Kosovo (1912-1999). Over the past 40 years, state narratives have standardized three laws on how to memorialize wars, with particular focus on the liberation tradition of the First and Second World Wars.

The Ministry for Labor, Social and Veteran Affairs, in consultation with the Council for Conservation of the Tradition of Liberation Battles of Serbia and the Institute for the Protection of Monuments, makes the final decision on the building or removal of monuments. Local governments, such as municipalities and cities, may make proposals, but do not have the final say.

According to the Law, local governments implement the Ministry's decisions to erect, remove and register monuments in their area. The absolute state monopoly on war memorialization is apparent in the Council, which consists of civil servants only, without representatives from Citizens’ associations (mostly for families of victims).

This Law allows citizens, legal entities and state bodies to propose initiatives for new monuments, but there are several restrictive provisions on freedom of speech and ex

It also stipulates that memorials signify a culture of memory that exclusively relates to the “tradition of liberation wars of Serbia”; it is forbidden to erect or remove a monument if it results in a symbolic loss of sovereignty, territorial integrity, totality, independence and the freedom of the Republic of Serbia. The Law prohibits monuments dedicated to figures who represent fascist, Nazi, chauvinistic, separatist ideas or ideology, or who collaborated with an aggressor, occupier, their allies or supporters. It also superficially determines other criteria for removing monuments, creating space for arbitrary decision making, mainly by the Ministry, which has the final say. However, this provision does not include persons rehabilitated by the Law on Rehabilitation or whose process of rehabilitation is ongoing (2006-2011).

The Law requires local governments to collect data on war memorials, and the Ministry to create unique records for each, within 6 months of applying the Law. The collectively gather data on victims from World War II to the most recent (1912-1999).

This legal decision brings into question the fate of the monuments erected to the suffering of Bosniaks in Sandžak (abductions and murders in Sjeverin and Štrpci), and the possibility of marking the sites in Serbia where, in 1991, Croatian civilians and soldiers were imprisoned. What about the series of crimes committed in Srem by members of the Serbian Radical Party, for which Vojislav Seselj was convicted?

After the Law was passed, the newspaper “Večernje novosti” reported that “most likely, by autumn 2018, all monuments erected to conquerors, war criminals and terrorists will be removed”, referring, for example, to the removal of memorials dedicated to the so-called ‘enemy’, such as the bust of Aćif Efendia in Novi Pazar, and the monument to Liberation Army of Preševo, Bujanovac and Medveđe (LAPBM) members in Preševo.

For some Bosniaks, Aćif Efendia is a national hero who prevented Chetnik units from entering Novi Pazar during World War II. For others, he is a war criminal who collaborated with occupiers and, in January 1945, in the Hadžet neighborhood of Novi Pazar, was executed for the persecution and murder of local Serbs, Bosniaks and Jews. In August 2012, a bust of Aćif Efendia was placed in the center of Novi Pazar, on the Bosniak National Council’s initiative. Local government was later ordered to remove it. To this day, however, the bust remains, and from time to time it represents the perfect polygon to test Bosniak and Serbian nationalism - only the actors change year to year.

The memorial to LAPBM fighters was erected in Preševo in November 2012, timed with the marking of one hundred years of the state of Albania. In January 2013, police “silently” removed the monument, despite an outcry from Albanian politicians. At the time, negotiations were intensifying between Belgrade and Prishtina in Brussels, and the removal of the LAPBM monument served as proof that the new government still had a nationalistic 90s political agenda, legitimized by the fight against “separatism”.

In southern Serbia, there are dozens of monuments dedicated to LAPBM members, but none caused as fierce a reaction as the one in Preševo. For a long time, in the nearby village of Veliki Trnovca, there stands a monument to Ridvan Qazimi, also known as Komandant Lleshi, above which the Albanian flag flies.

A small number of Serbian citizens are aware of the monument erected for the 12 policemen killed in the village of Lucane, near Bujanovac. Gendarmerie watched over the monument daily, but this was not enough for the visiting family members. In July 2015, the monument was removed during a visit by Prime Minister Aleksandar Vučić to the Preševo Valley. Finally, the monument was relocated to Bujanovačka Banja, by the church.

These examples show how the Serbian state is using the removal of monuments as a nationalistic tool, whereby the leadership arbitrarily applies its power. The adoption of the “Law on War Memories” frames a coherent narrative wherein monuments must be respected, masquerading a tradition of "liberation”, platitudes of general state interest, national and religious emotions, as well as those which do not present real nor historical facts.

Two other examples show that another ideology is hiding behind "liberation”. One is the monument to Chetnik movement leader, Dragoljub Mihailović, on Ravna Gora, which gained further recognition in May 2018 – after Serbian Military officers and soldiers visited. The Ministry of Defense denies this visit. The other is a monument to Jaša Tomić, erected in 2006, in the center of Novi Sad, by then mayor Maja Gojković – at the time also a Serbian Radical Party official. Jaša Tomić is a historical figure, known, amongst other things, for participating in the alliance of Vojvodina to Serbia, namely the Kingdom of SCS. He was a prominent anti-Semite.

In the struggle between the “liberators” and the “defeated”, a product of the “Law on War Memorials”, the memory of civil war victims disappears. Therefore, a memorial to civilians abducted and killed in Prijepolje and Sjeverin, created to commemorate their suffering and serve as a warning to the citizens of Serbia who committed this crime, is on the list to be destroyed. Also, marking crime scenes (Hrtkovci, Kukujevci), detention camps (Stajićevo, Begejci), mass graves (Rudnica, Petrovo Selo, Perućac, Batajnica), and places of torture (Šljivovica, Mitrovo polje) and murder within the territory of Serbia, has become illegal under the new Law, as it would threaten the “sovereignty, territorial integrity, totality and the independence and freedom of the Republic of Serbia”.

With such a Law in place, who would dare request or start to build a monument to the more than 700 bodies of Kosovo Albanians in Batajnica, hidden for two years by the state? If there is no monument, there is no crime, to paraphrase Obrad Stevanović, the Police General involved in the secret operation from Kosovo.

Nine months since the Law passed, there is no information on the destruction of the aforementioned monuments nor the ban on current initiatives for new ones. There are still no public records available, even though the competent Ministry should have completed this by the end of 2018, using data collected by local governments - on the number and status of war memorials; nor is there any progress on the ambitious plan to gather data on victims of "liberation wars" (1912-1999). The Law is effectively inactive, but, like all legal mechanisms in this frozen country, they can be activated by order and use of the powerful.

Author:  Marko Milosavljević is politicologist and program assistant at the Youth Initiative for Human Rights in Belgrade. He has been a member of the Initiative since 2016 and works in educational and advocacy programs, primarily on dealing with the past. He is one of the authors and editors of the publication "Kosovska hronologija (1974-2017)", and one author of the podcast "Dva i po analitičara".