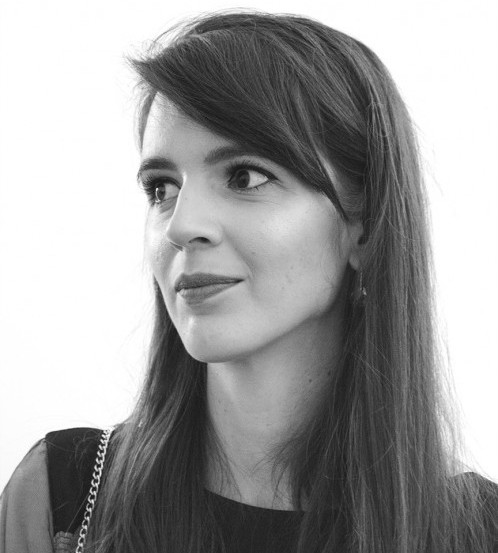 Post-war memorial architecture in the Balkans can be described as selective memory in material form: it mainly reflects a mono-national perspective on the event it memorializes, which is the active agent for deepening divisions and stalling the reconciliation process. By 2016, there were 2,100 registered memorials built for civil victims or soldiers from the last war in Bosnia and Herzegovina (BiH), which are archived at the Central Registry for Memorials.[1] Only 2.85 percent is devoted to the suffering of different ethnic and religious communities, meaning the vast majority falsely represent events, since many victims belong to diverse ethnic and religious groups. Trivialisation of the past, with the aim to shape collective memory to suit the ruling political parties, is a process, which, for the past twenty-four years, has limited freedom of remembrance and created a fake second-hand reminiscence for post-war generations, based on ethno-religious nationalism and characterized by a general decline in culture and values, as well as intellectual and professional standards.[2] The link between this decline and the rise of ethno-nationalism is visible in public spaces, which is especially interesting in artistic works due to their inevitable public presence, and the various forms of visual mass manipulation that have been completely normalized over time.

Memorial architecture exists in the form of memorials, museums, sculpture, fountains, springs, bridges, galleries – these “holders” of collective memory can be grandiose complexes or small roadside plaques. It helps the communities to communicate with their past, whereby architects and visual artists are entrusted to shape communicate in a way that sensitizes, reflecting hope for a more informed humanity in the future.

Memory architecture marks, celebrates or commemorates historical events and those involved, and stands forever, like every other document to civilization, regardless of the intention – as a memorial to barbarism[3] - displaying the victory, loss or experience of one side only. Aesthetics of these objects are thus valorised in relation to their inevitable symbolic importance. Most post-war monuments in BiH have visual motifs in religious and ethno-national symbolism. Collective identities - of religious, ethnic, national and cultural belonging -  are almost synonymously materialized in monuments, and often objects of memorial architecture embody symbols of the three major religions in BiH, sometimes to such an extent that scale, proportion and materialization are used as tools to transmit their message with greater visibility, considering not the spatial context, but the social one. These monuments are not characterized by subtle ex

There are many examples of problems with memorial architecture - the main one being low aesthetic quality and clear political objectives, which further spreads ethno-religious homogenisation. Others have a more direct and aggressive presentation of their honest intentions to a society which fails to acknowledge or address these intentions. An example was an approved plan for the construction of a monument dedicated to veterans of a Bosnian police unit in Sarajevo’s municipality “Centar”, depicting a defeated Serbian tank on which Special Unit forces celebrate victory. The exact location of this monument was a busy and attractive park by a secondary school. Even with minimal assessment of this project, it is possible to see many shortcomings. After a public outcry, mainly due to the proximity to the school, the project was suspended, although the motives were neither evaluated, nor presented to the public adequately. Meanwhile, in the same municipality, the supervising roadworks company planned the construction of a gigantic 20-meter high ‘lily’ with no set location - meaning spatial context was neglected in the design. A well-known example is the Millennium Cross, a colossal monument to the pain and suffering of the citizens of Mostar. The largest religious structure in BiH, its location, unlike the one in Sarajevo, was carefully thought out, so that, due to its dimensions, the monument can be seen from every corner of the most ethnically divided town in BiH. The Cross addresses only 47% of its inhabitants.[4]

Architecture aside, we can analyse monuments in the context of investors, contractor selection, media promotion, and other practical parts of their creation, whilst also looking for patterns of politically driven action. It is clearly visible in their exclusivity: in the centre of Brčko, for example, where three monuments are dedicated to the main ethno-religious groups, thus “Others” or atheists are not commemorated by anyone. The need for inclusive and objective monuments is neither understood, nor implemented. Although it seems our society must build a culture of memorialization from scratch, solid foundations do last longer than the transitional period was able to neglect.

The significance of memorial architecture in forming a community’s collective memory was globally recognized after World War II, when dramatic progress was made in understanding the concept of collective memory and consciousness around the ethics of memorialisation. Looking at the culture of former Yugoslavia, especially during the 60s and 70s, we see unique moment of memorial architecture which had no predecessors, and unfortunately remains without successors. During that time, the formation and blossoming of culture in the very socio-political and economic conditions that enabled this, resulted in the creation of completely new values via international art, surpassing global achievements in quantity and territorial prevalence. These monuments to the People's Liberation Struggle, according to architectural theorists, have exceptional artistic value and testify to the breakthrough of modernism and the specific political position of Yugoslavia. Their dual nature commemorated victims of fascism and glorified the Revolution. The community’s current relationship with these monuments aligns with today’s approach to memorial architecture: many have been demolished, others neglected or considered unwanted heritage by the post-war tailors of the local political scene. To a large extent, they are local character memorials dedicated to victims from the immediate vicinity, and their neglect and desecration sends a clear message to the victims’ families.

In medieval times, we considered monumental tombstones as having most importance in the Balkan culture of remembrance. Their prevalence and ex

The salvation of contemporary memorial architecture also lies in an ethical and professional approach: only the constant questioning of history and uncompromised non-acceptance of abuse of these objects allows us to work on their other values. He who seeks to approach his own buried past must conduct himself like a man digging.[5]

Ena Kukić (born 1990) is an architect and a second-year Ph.D. student of Memorial Architecture at the Institute of Design and Building Typology in Graz. She completed her formal education in her hometown of Sarajevo, and in Barcelona and Graz. Together with her partner Dinko Jelečević, she won the national Collegium Artisticum Award for best newcomers in 2018, and Best Idea in 2019. Their work on various competitions was awarded with several international and state prizes. Ena’s Master Thesis in memorial architecture scored the 2018 Austrian GAD Award, and she was selected as a finalist at Archiprix Biennale 2019. Her work focuses on dealing with spatial fragments of collective memory in both theory and practice at the Hope of Glory Architecture Studio (HoG Arkitektur),  and she actively participates in public discourse on this topic by writing for several NGOs in BiH.