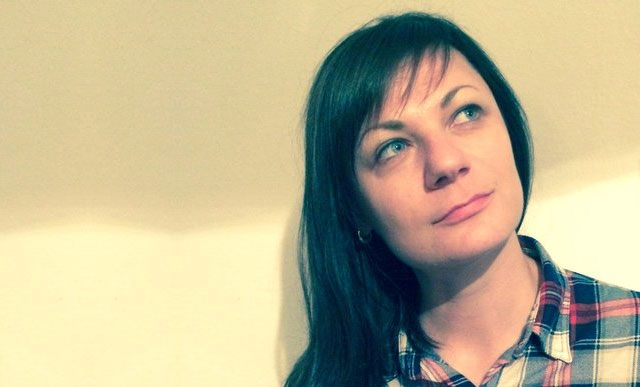 Dževad Koldžić saw his mother for the last time on October 22, 1992. She was hijacked on that day on the way to work to Priboj from the bus that crossed the territory of Bosnia and Herzegovina. In Mioče, members of the paramilitary formation ''Avengers'', lead by Milan Lukić, took her and 15 men off the bus. They took them to Višegrad in a lorry, to the motel ''Vilina vlas'', where they were brutally tortured and then they were all killed on the banks of Drina river.

Over the past 25 years, Dževad has been trying to obtain the status of a civilian victim of war. He is only one of around 15,000 citizens that are denied the status of civilian victims of war by the state of Serbia. In addition to victims from Sjeverin, there are also victims of hijacking from Štrpci, victims of the ''Storm'', victims of the conflict in Kosovo, etc. One of the main reasons is the fact that the competent authorities do not recognise persons that got killed outside the territory of Serbia as victims of war, although the applicable Law on Rights of Civilians with War-Related Disabilities, adopted in 1996, does not explicitly stress this.

The law, adopted during the regime of Slobodan Milošević, is so discriminatory that it also fully excludes persons with a disability below 50%, as well as persons with psychological consequences resulting from the violence they suffered, survivors of rape and other forms of war-related sexual violence, citizens who are non-Serbs and who were victims of Serbian state and paramilitary forces, persons that suffered injuries outside the formally declared state of war in Serbia, missing persons, if they were not declared dead, and family members of killed civilians, who lived in the same household with them.

The Ministry of Labour, Employment, Veteran and Social Issues interprets the provisions of this law the way it wants, so that it even withdrew a significant number of statuses of civilian victims of war. According to the data of the Fund for Humanitarian Law, for example, a girl who lost her eyesight during the military operation ''Storm'' in Croatia lost the status of a civilian with war-related disabilities, just as a woman that suffered severe disability following torture in Dretelj concentration camp, which was established by the members of the Army of Bosnian Croats. In general, if a person in Serbia is awarded the status of a civilian victim of war, it relates exclusively to a symbolic material assistance (slightly more than 10,000 dinars). There are actually no other social welfare services.

Although there are no ideal solutions nowhere in the region for the status of civilian victims of war, all facts indicate that the situation in Serbia is the worst. If the new law prepared by the Ministry of Labour, Employment, Veteran and Social Issues is adopted, the situation can only get worse. A draft law has been completed a long time ago (back then, the acting Minister was Aleksandar Vulin, who is currently the Defence Minister), but he ''got lost'' somewhere after the elections, which is not bad at all, given his completely discriminatory treatment of civilian victims of war. Having in mind the manner in which the country is treating its citizens/victims of wars from 1990s, it would not be surprising to see that the situation of civilian victims is deteriorating, given the fact that the draft law explicitly states that a civilian victim of war cannot be a person that was injured or killed outside the territory of Serbia, as opposed to the infamous current 1996 law. In general, in order for someone to be granted the status of a civilian victim of war, the state requires him/her to submit an enormous number of documents, including also medical documents that would prove the injuries suffered or the death of a family member or police minutes from the period when the event occurred. And then everything has to be repeated every year, for verification... And the extent to which the state Serbia does not care for civilian victims of war is illustrated by the fact that the Constitutional Court of Serbia is of the opinion that these persons are not discriminated against, since it rejected the initiative of the Fund for Humanitarian Right regarding constitutionality of the 1996 Law.

There is an excellent model law drafted by the Fund for Humanitarian Law, which would finally resolve the status of civilian victims of war. Government authorities probably have never even taken a look at that model law, not to mention reviewing it. The ombudsman has also prepared a draft law on civilian victims of armed conflicts, but given the fact that a new ombudsman was appointed, who has close ties to the government, that document will probably also not be adopted.

It is obvious that the state of Serbia will continue ignoring its constitutional and international obligation to provide fair damage compensation and other types of reparations to civilian victims of war. It is devastating that such a practice cannot be stopped, not even after the insistence of international institutions, domestic NGOs and associations, and, of course, victims themselves. At least not in the near future. The only hope is that the European Union will exercise pressure on Serbian authorities in the process of EU accession in order for them to correct this wrong. But if the lack of interest of the EU regarding many wrongs that have been going on in Serbia for years is taken into account, hardly anything will change, that is, around 15,000 persons will hardly finally receive justice. Only around 1,500 of them received justice. Some of them were victims from World War II.

A journalist of the daily newspaper Danas