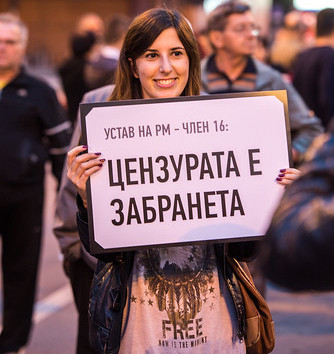 Fake news - global phenomenon with no solution on the horizon

Fake news has existed, still exist and will continue to exist. This is not something new, fake news is as old as the real news. But, the means and methods that are used for producing and distributing fake news are novel. Modern communication skills, advanced technology, the boom of social networks and the continuous rise in the number of users, step up the production and mass distribution of fake news.

Although fake news has always been produced, the expert public raised its voice after two global events that few hoped for and predicted the outcome of – Brexit and the victory of Donald Trump in the US Presidential Elections. These two events that occurred in 2016 sounded the red alarm with respect to finding a solution to the problem. But the solution is not that easy and simple, and so far we have only managed to scratch its surface without making any substantial changes.

The term fake news and propaganda is not new and unknown in Macedonia. During the rule of VMRO-DPMNE and Nikola Gruevski, dozens of media, mostly portals, that produced thousands of fake news and spread propaganda in favor of the former ruling party, were opened. Fighting fake news was a lost battle against this strong machine with dubious foreign capital, which had a major impact on the public opinion for nearly a decade.

Macedonia with the town Veles, gained world fame in a negative context twice. The first time was in the nineties when Veles was popular with the Frankfurt Mafia.

The second time the whole world learned about Veles was in 2016, when the town gained the name “fake news factory”.

Hundreds of websites that produced fake news and propaganda that favored one of the presidential candidates of the Republican Party, Donald Trump, were created in the small town of 40,000 inhabitants, half an hour drive from the capital Skopje.

Similar names to well-known and established media (mostly American), stolen unauthorized photographs, text written in professional English language and, most important, made-up breaking news with sensational headlines were (and still are) the recipe for fake news that could attract attention and clicks.

Clicks are particularly important in this story. Each click means money, but at the same time each click means increasing the audience, i.e. spreading disinformation to the general public.

In April 2016, when no one considered that Donald Trump would be the leader of the United States, I came to the realization that several websites, spreading propaganda in favor of Trump, were registered in Macedonia, particularly in Veles. After a short research online, I came across the data of several of the web pages registered in Veles, among which were the names of those who have registered their phone numbers and addresses.

Driven by curiosity as to why anyone located thousands of kilometers away from the political situation in the US would write positively about Trump and negatively about the candidate he was running against, Hillary Clinton, I decided to contact the owners of the sites and ask them about the motivation behind running such sites.

When I called them, they were in the mood for talking. They told me that the motivation was purely financial and explained to me how through Google AdSense (sites advertising platform using Google ads) they can make money if enough people click on the links leading to their sites.

It was the first and only time someone from the fake news industry in Veles spoke to the public using their full name and surname.

But the situation changed completely after Trump, for many unexpectedly, won the elections and became president of the most powerful country in the world. Immediately after his victory, the eyes of the public were on Veles.

The world-famous media, television stations, newspapers, portals, online magazines began to arrive in Macedonia several days after Trump’s victory. This has not happened in Macedonia since the military conflict in 2001. Even the signing of the Prespa Agreement between Macedonia and Greece that resolved the three-decade long name dispute, did not cause such media attention.

Everyone was asking the same two questions. Why someone in Veles would work in favor of Trump and did these sites help Trump win.

The answers to these questions are not fully known yet, although three years have passed from those presidential elections, and the US is preparing for the next election as early as next year.

Even the world well-known media were not able to come up with the answers, and in their quest for the truth some of them even generated fake news themselves. Why? Because some of the publishers that were behind the fake news literally lied to them. Always speaking anonymously and without evidence substantiating what was said, the media was left to assess whether they were telling the truth, half-truth, truth mixed with fake facts or complete fabrications. And there was something of each. What's more, some of the sources requested (and received) money to anonymously tell their stories. The ethical rule that “the source should not be paid” is well known in the journalist circles. One reason for this is that if you pay then you can never be absolutely sure that the source will say the truth or tell you what you want to hear because you paid.

So in Veles, you can hear a story of a British television crew that in the desire to find answers and be the first to share the exclusive story filmed a man from Veles who told them about his work with fake news, but in fact he never worked on such a site.

While no one can reliably measure the impact these sites had on Trump’s victory, the fact remains that the most read news articles about Trump during the campaign period were created and published from Veles, including one that was read and shared the most: “The Pope endorsed Trump”. Obviously, fake.

What is certain is that a large group from Veles earned a lot from this business. Some of them, who in addition to writing fake news, created Facebook groups reaching millions of followers who shared this fake news, in the “golden era” earned several thousand dollars per day. This enabled 19 year old people to afford buying a café in Veles, expensive cars, bikes and to take luxury trips.

After Trump won, I contacted the people from Veles who spoke to me using their name and surname. But, this time, the situation was completely different. They were nervous, they did not want to talk to me, and they accused me of ruining their business and causing them to lose a lot of money.

What is the solution and is there one?

After the public turned the finger to them, Facebook and Google began to take measures. The advertising platform Google AdSense stopped advertising on those sites (which in turn stopped the earnings) and Facebook blocked and removed a lot of fake profiles and groups spreading fake news (which affected the visits of those pages). But this is a temporary solution. New profiles and groups can always be created, and although Facebook says it is working on algorithms that will solve the problem, the solution for now is only one - media literacy.

Only media literate citizens in the United States and Macedonia and elsewhere in the world will not believe the bombastic texts with sensationalist headlines, commentaries and one-sided stories written without disclosing sources and evidence. They will know how to recognize the clickbaits that are produced only to make the reader click on a text and they will identify the ways in which the public opinion is targeted with the aim of spreading manipulation.

But this process is long and complex. And, until we reach this goal, we should not be surprised if a new Brexit or a new surprise like Trump happens to us, or if we witness the rise and rule of many authoritarian regimes worldwide.

Author: Simona Atanasova is a graduated journalist with years of work experience in media and NGO organizations. As a journalist she worked in the daily newspaper "Nova Makedonija" and in the news agency Meta. She writes educational articles for media literacy and reviews for Crithink  and the Media Fact Checking Service. Currently, she works as a communication officer at the Institute for Democracy "Societas Civilis".