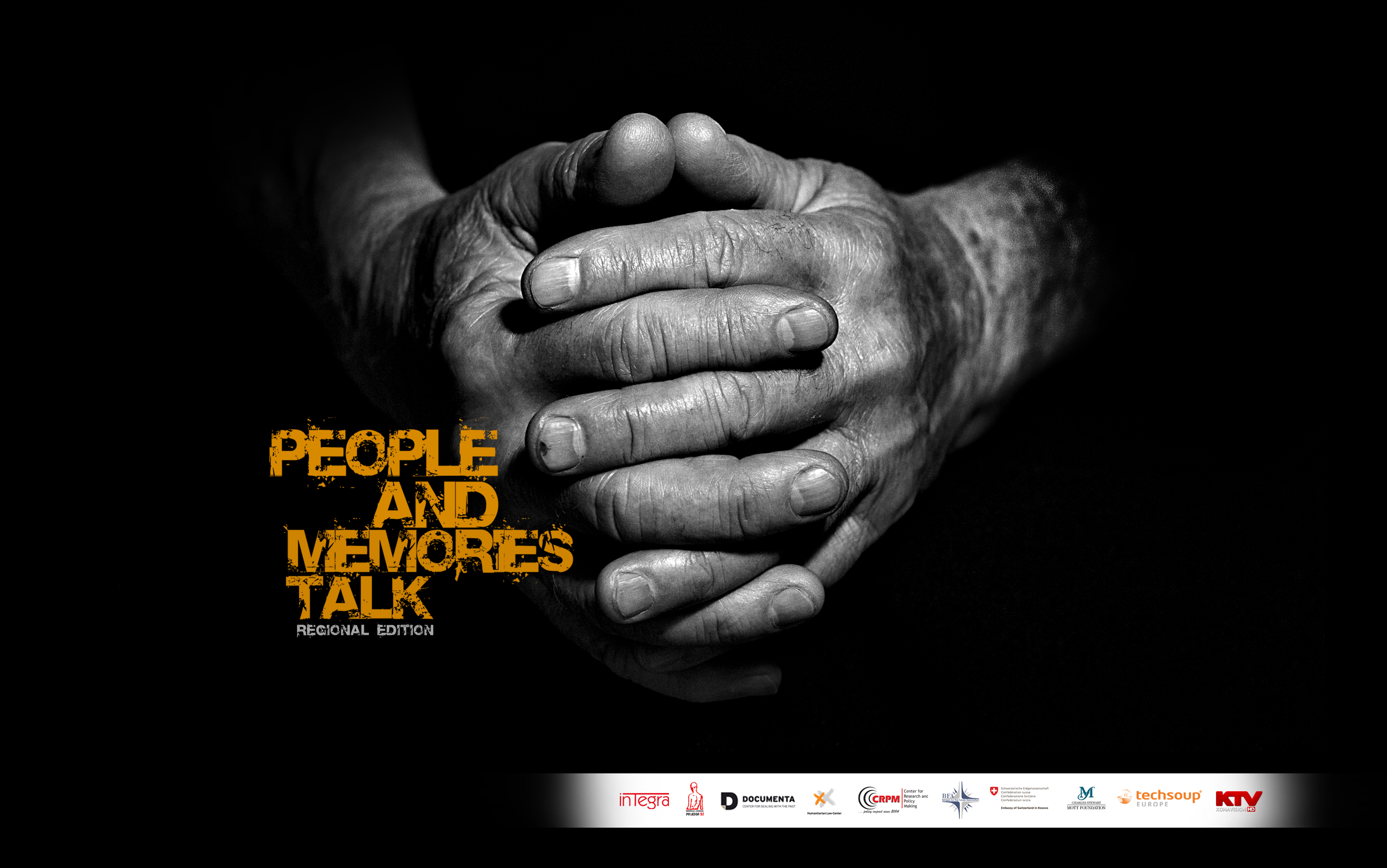 Memories of the war... Repellent testimonies... Extraordinary experiences... Challenges for survival... Stories that makes history... Dealing with the past ... Searching for the truth ... The voice of victims ... The need for justice...

In the course of the program "Dealing with the Past and Transitional Justice" Integra NGO inform media, victims' associations, institutions, organizations, universities, researchers/ scholars, artists, citizens and stakeholders, for production and broadcasting of the cycle of narrative documentary film "People and Memories Talk - Regional Edition ". Within this cycle, 30 new narrative documentary films are produced, with testimonies of civil war victims from ex-Yugoslavia countries, including: Kosovo, Bosnia and Herzegovina, Croatia, Serbia and Macedonia.

Stories and experiences of victims of different ethnic background, geographic coverage, religious and professional profile, who witnessed war crimes in the former Yugoslavia, have been produced in the format of narrative documentary films (digital testimonies) and will be broadcasted on local and national televisions in the countries coved the by the project. In Kosovo's case, these products will be broadcasted in KTV (Koha Vision) in format of series, each week a narrative documentary film, starting from 7th of March 2016, every Monday at 21:00h.

By recording and documenting the narratives of victims during the wars and conflicts in the ex-Yugoslavia, the project aims to preserve individual human experiences as so to help directly the status of victims, empower victims, and foster inter-ethnic peace and regional cooperation. Moreover, the project aims to contribute to the process of dealing with the past in the region, to promote and strengthen individual and collective memory through the recognition of universal nature of human suffering and solidarity.

So far, Integra have been engaged in producing 30 narrative documentary films, while the ultimate objective is production of 100 documentaries with stories and experiences of victims from the wars and conflicts in ex-Yugoslavia.