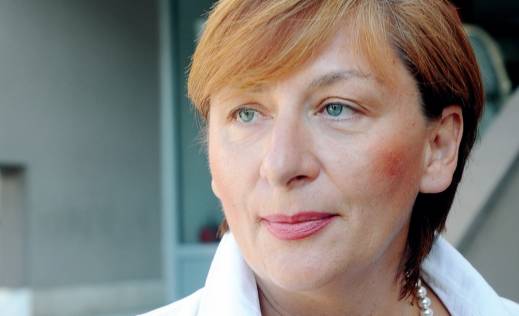 The Dark Shadows of Dubrovnik

Twenty years has passed since the siege of Dubrovnik, which lasted from October 1, 1991 to the last days of June in 1992. One of the most beautiful cities, and not just in the region, was shelled by the ex-Yugoslavian Army and Montenegrin reserve forces. While monuments were being demolished, houses burned, and people killed, the assault on Dubrovnik was glorified by the media in Podgorica and by agitators of the Democratic Party of Socialists (DPS) that is still headed by the country's president Milo Đukanović. They tried to pass attack off as defense, occupation as liberation, crimes as patriotism. “I hate chess because of the checkerboard”, Đukanović said in warlike fervor.

The anti-war forces led by the Liberal Union, SDP and the reformists, by the weekly Monitor, groups of intellectuals and brave deserters who did not want to march against our neighbors and brothers, tried to explain to the public that Dubrovnik’s fall would be the fall of Montenegro as well, which shared with Croatia not just a country for seven decades, but also a long line of intertwined links over the history of their mutual Mediterranean existence. Dubrovnik had been a home to the Montenegrins – those inland would come down and trade with the people of Dubrovnik, and those from Boka and further south used to go there to school, for treatment, marriage… Montenegrins have always had two gates to the outside world – one was Belgrade, the other Dubrovnik…

Together with everything the city had meant in the past, the siege of Dubrovnik marked the end of Yugoslavia, which the powers in Podgorica claimed to be saving, while doing everything, together with Milošević, to bring the country down. The alarms went unheeded: everyone against the war was branded a traitor, an Ustasha or a foreign agent.

Dubrovnik was only the beginning of Montenegro’s downfall, the first black mark in the history of a nation that was up until then mostly on the right side of history, known for its struggle for freedom. Before all this, in a dramatic coup, Milošević tore down the Montenegrin leadership and brought young communist apparatchiks, who will rule Montenegro without interruption for the three following decades. In the first of those decades, the Montenegro government will join Milošević in that bloodiest, hardest war, in Bosnia and Herzegovina, and they will follow him into Sarajevo and Srebrenica as well. There, those convicted of war crimes will become national heroes – Karadžić, Šljivančanin, Mladić... They will be sung about and celebrated in town squares and village gatherings, sometimes even to this day.

It was only after the signatures on the Dayton Agreement cooled and dried off, and after the widespread demonstrations in Belgrade during 1996 and 1997, brought about by Milošević’s defeat in the local elections, that Montenegro changed its course. Podgorica officials turned over a new leaf, looking towards the West and distancing themselves from wartime Belgrade. During the NATO bombing of FRY in 1999, Milo Đukanović risked armed conflict with Milošević and his army by opening the borders to hundreds of thousands of Kosovo refugees, which remains a rare bright spot in Montenegro’s recent history.

But, even though Montenegro has officially changed its policy two decades ago – to bringing the country closer to Europe, to coexistence with minorities it has previously terrorized in the nineties and to friendly relations with immediate neighbors in the Balkans, it still hasn’t meaningfully split with its heavy past.

To paraphrase Žarko Puhovski, a professor from Zagreb, Montenegro today behaves like Austria did after World War II. Austria had followed the politics of Berlin, but after the war the West was mostly concerned with Germany and its crimes.

Đukanović has apologized to his neighbors for the mistakes of the past and for Montenegro’s warmongering, but still, during his tenure (which, until recently, seemed destined to last forever) nothing was done to make the country address its past. Here charges for war crimes, committed by citizens of Montenegro during the nineties, have only been slowly and reluctantly processed. So far in Montenegro not one charge was brought up against those who participated in the siege of Dubrovnik and its surroundings. Only the general Pavle Strugar was indicted in the Hague for Dubrovnik, along with several of his accossiates. He was extradited by the Montenegro authorities and that was it.

But that's how it is with basically all the other war crime prosecutions. If anything was actually opened, Montenegro's courts mostly dealt with those who carried out the orders, rather than the ones who had made them, and who remain protected. Most of the proceedings ended up in fiascos. That can be said even for the most famous of them – the case concerning the deportation of Bosnian refugees who had saught shelter in Montenegro. During spring of 1992, more than a hundred of them were returned by the Montenegro government – contrary to the Geneva convention – to Karadžić’s forces in Bosnia and Herzegovina, where they were killed. After years of trials in Podgorica, all suspects in this case were set free.

By the way, even in the case of these deportations, only the purpotrators were on trial, and only after considerable pressure from independent media and the NGO sector. According to testimony, the government of Milo Đukanović, or more precisely the Ministry of Internal Affairs, was the one to issue the decision to return the refugees to the warzone – to the people from whom they had run in the first place. Members of the Montenegro judicial system never even thought to charge those who issued these orders for the crime.

The government of Milo Đukanović finally yielded twenty nine years after the assault on Dubrovnik, after the August 30 elections. It is unclear why certain anti-war activists from the region link the destiny, and the survival of Montenegro, to Milo Đukanović. It’s exactly the opposite: there can be no Montenegro until it addresses the darkest shadows of its recent past.

Milka Tadić Mijović is a journalist, analyst and journalism lecturer. She is an alumnus of the Faculty of Political Sciences in Belgrade, with a master's degree from the Faculty of Political Sciences in Podgorica. She has published several hundred articles, research pieces and analyses in regional and international media. She has coauthored multiple documentary features dealing with corruption and abuse of power. Her career in journalism started in the late 80s at Televizija Titograd and Omladinski pokret. She has been a Podgorica correspondent for numerous Yugoslav media outlets (Stav, Danas, Radio 92...). She was among the founders of the magazine Krug, and also in 1990. of Monitor, the first independent weekly in Montenegro. As a member of UJDI she was engaged in anti-war activities during the 90s. She is the founder of the Center for Investigative Journalism of Montenegro (CIN-CG), and has served as its president since 2016. The Center is focused on researching the judicial system, corruption, human rights, European integration etc. Tadić-Mijović has received multiple awards for her journalistic work and research. Reporters Without Borders included her in their first, and so far only, list of the world’s 100 Information Heroes.